Fed signals rock-bottom rates until at least end of 2023

Central bank raises forecasts for US economic activity this year

The Federal Reserve boosted its monetary response to the pandemic, projecting no interest rate increases until at least the end of 2023 and indicating it would not tighten policy until inflation had been higher than 2 per cent “for some time”.

The new guidance from the Federal Open Market Committee implements a shift towards a more dovish long-term stance that was endorsed by the Fed last month, and is likely to translate into rock-bottom interest rates for years to come.

“This is all about credibility, and we understand perfectly that we have to earn credibility,” Mr Powell said towards the end of his press conference on Wednesday. “This framework, we have to support it with our actions, and I think today is a very good first step in doing that. It is strong powerful guidance.”

Although the US economy has bounced back faster than the Fed predicted at the outset of the coronavirus crisis, the recovery is still far from complete and vulnerable to the uncertain health outlook and waning support from fiscal policy. This has prompted Fed officials to debate ways to reinforce their support for the economy, rather than begin to withdraw it. 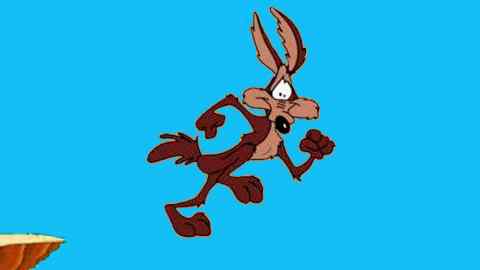 Until now, the Fed has said it would not tighten policy by raising interest rates until it was confident the economy had “weathered recent events” — assessing the economy on whether it had reached its objectives of “maximum employment” and “symmetric 2 per cent inflation”.

But on Wednesday, the FOMC laid out a more ambitious economic goal. It said it would “aim to achieve inflation moderately above 2 per cent for some time so that inflation averages 2 per cent over time and longer-term inflation expectations remain well anchored at 2 per cent”. It added that it expected to “maintain an accommodative stance of monetary policy until these outcomes are achieved”.

In a press conference following the announcements, Mr Powell said the forecasts assume some additional fiscal stimulus from Congress. “More fiscal support is likely to be needed,” he said. “There are still roughly 11m people out of work. A good part of those people were working in industries that are likely to struggle.”

The changes to the FOMC statement reflect a historic new policy framework for the US central bank unveiled by Mr Powell at the Jackson Hole symposium last month. He announced the Fed would tolerate higher levels of inflation in order to make up for the prolonged period of time in which consumer price increases have fallen below the central bank’s 2 per cent target.

The FT ViewThe editorial board
The Fed’s welcome inflation evolution

Two voting members of the FOMC dissented from the new statement. Robert Kaplan, the president of the Dallas Fed, said he would have preferred that the Fed “retain greater policy rate flexibility”, while Neel Kashkari, the president of the Minneapolis Fed, said he would have liked to keep rates close to zero until inflation reached 2 per cent “on a sustained basis” — arguably a more ambitious goal.

On Wednesday, the Fed also said it would “increase its holdings of Treasury securities and agency mortgage-backed securities at least at the current pace to sustain smooth market functioning and help foster accommodative financial conditions, thereby supporting the flow of credit to households and businesses.”

At the moment, it is purchasing US government securities at a pace of $120bn per month, with $80bn in Treasuries and $40bn in mortgage securities. Mr Powell said the current rate was an “appropriate” one given the economic and financial backdrop, but acknowledged the quantitative-easing programme could be adjusted if warranted.

Meanwhile, equity markets turned lower, with the S&P 500 erasing its earlier gains and closing down 0.5 per cent.