Lead the way with 50% off
Opinion FT Wealth

Rich people are hoarding cash, and wealth managers are getting frustrated 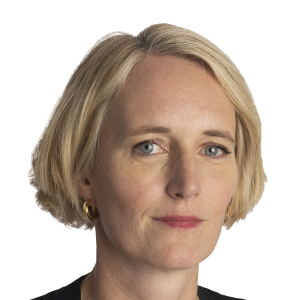 Sign up to myFT Daily Digest to be the first to know about Wealth management news.

A friend of mine has relatives in Germany who converted some of their not insubstantial family wealth into gold bars and buried them in the woods of Bavaria. This was at a time before negative interest rates so was not a reaction to today’s uncertain global economy, rather mistrust of the financial system in general. Yet it highlights a propensity on the part of the wealthy to hoard that is increasingly frustrating wealth managers.

High-net worth individuals (HNWIs) — people with at least $1m in investable assets — are increasingly shunning equities. In the first quarter of this year, HNWIs held nearly 28 per cent of their portfolios on average in cash, according to the Capgemini World Wealth report. A year previously, that figure was 27.2 per cent.

Overall cash holdings of clients at UBS, the largest wealth manager in the world, are now 26 per cent, according to its quarterly investor sentiment survey — up from 25 per cent at the start of the year. Credit Suisse’s chief executive Tidjane Thiam told analysts in July that clients were holding 29 per cent in cash — albeit a slight dip from 30 per cent at the start of 2019. Wealth managers say the uncertain environment for the global economy and the outlook for equities are why clients are keeping their powder dry. More recently, fears over the trade war between the US and China have led some investors to increase their cash holdings: a third of investors in UBS’s quarterly survey thought the skirmishes could last a year or longer, and while 45 per cent thought diversifying their portfolio was the best solution to a prolonged trade war, 37 per cent said holding cash was the answer.

Wealth managers do not like this trend, for understandable business reasons. Swiss banks in particular, where interest rates are negative at -0.75 per cent, have been passing on these rates to clients with high cash balances. Credit Suisse and UBS had held fire, but recently said they would have to start passing them on, too. If rich people do more with their money — investing in private equity or other alternative assets, buying property or even regularly trading equities, for example — wealth managers make more money from them.

To give them their due, it is not all about their bottom line. Some wealth managers are genuinely frustrated that clients think cash is the safest bet in a world of negative interest rates. “In some ways it is heartbreaking to think about how much the markets have moved since the financial crisis,” UBS chief investment officer Mark Haefele told me recently, referring to investors who have stayed on the sidelines and missed out on the great bull run in equities.

Yet perception of risk is an emotional thing. If people feel comfortable paying extra money in the form of negative rates for the known loss they will suffer on cash versus the unknown and potentially larger loss on riskier assets, it can be hard for wealth managers to talk them out of it. At least, unlike gold bars buried in the ground, finding where their money is will not be a problem, so in that respect the cash-rich could be doing worse in terms of portfolio protection. Wealth managers may need to respect that.