The great chip war — and the challenge for global diplomacy

We’ll send you a myFT Daily Digest email rounding up the latest Semiconductors news every morning.

On December 6, US president Joe Biden joined Morris Chang, founder of Taiwan Semiconductor Manufacturing Company, in Arizona for a symbolic “tool-in” ceremony to mark the latest step in the chipmaker’s investment in a new factory in the US.

Chris Miller could hardly have wished for a better way to underline the timeliness of his book Chip War. On the eve of Biden’s Arizona visit, Miller won the Financial Times Business Book of the Year Award. His book is a highly topical history of the development of the semiconductor and how TSMC and a few other manufacturers came to dominate the global supply of advanced microchips.

Chang and Biden appeared in Arizona alongside the chief executives of Apple and Nvidia, two of TSMC’s biggest customers. “Companies like TSMC are facing multiple reasons to rethink the geography of supply chains. And it’s not just politicians calling them . . . but their customers as well,” Miller told the FT this week.

Taiwan sits on geopolitical and seismic faultlines. Until recently, companies trusted that seamless globalised networks would underpin their chip supply. But boards are suddenly worrying about “Taiwan risk”. They are contemplating the possibility of military confrontation between the US and China and grappling with the implications of a trade war over chip development and supply.

LexLex is more
Lex in-depth: the cost of America’s ban on Chinese chips 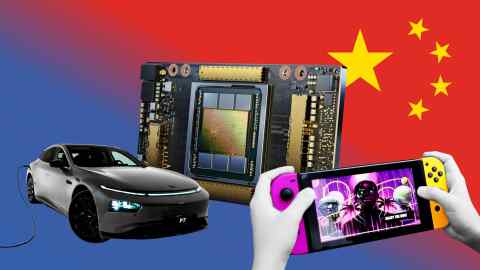 Academics call this situation “weaponised interdependence”, in which, Miller writes, “rather than defusing conflicts and encouraging co-operation” the intertwined interests of the economic powers create “new venues for competition”. Encouraging more investment in local chip manufacturing, as the US, China and EU are trying to do with subsidies and tax breaks, is one way to offset these risks.

This was not the “unexamined assumption” with which Miller started work on his book five years ago. He believed the risk of “mutually assured economic destruction” would prevent superpowers from using their position in the chip supply chain to put pressure on each other. “And then, over the course of the five years of writing it, it seemed like every day I was reading the Financial Times and a new horrifying data point was coming, suggesting that that wasn’t the case.”

For instance, the pandemic had a whipsaw effect on demand for chips used in the automotive and other industries, creating shortages and underlining dependency on manufacturers such as TSMC, South Korea’s Samsung. Russia’s invasion of Ukraine undermined expectations about geoeconomic stability. In October, just as Chip War was hitting the bookshelves, the US imposed export controls on China, to slow down its attempt to become self-sufficient in the manufacture of advanced semiconductors.

Miller explains the main difference between the concept of mutually assured destruction that kept the nuclear peace during the cold war and the economic version. “There’s a very clear threshold of nuclear use. [The weapons] are either used or not used, whereas in the economic interdependence space, there’s no threshold that [shows] you’ve crossed the line. And in fact, there’s lots of different lines one can cross.”

An economic historian specialising in Russia, Miller started by studying the gap that opened up between the US and Soviet militaries in the 1980s, partly because of the former’s semiconductor superiority. He switched the focus of his work when he realised “the key technology enabling the military systems that convinced the Soviets that they’d lost the arms race was also the key technology that was structuring US-China competition today”. The fact that China was spending more money importing chips than it was spending on oil — a data point so astonishing that an incredulous Miller downloaded it from the United Nations’ trade database several times to check — cemented his interest, even though he began with no deep technological knowledge. 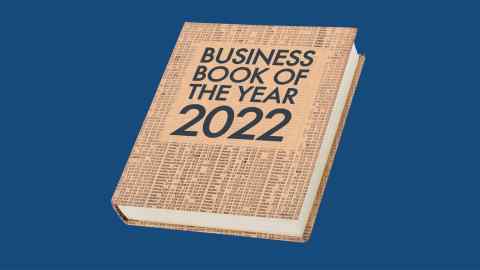 But Chip War is more than a geopolitical and technological history. It is also the story of remarkable innovators and entrepreneurs, such as Chinese-born Chang, who fled to the US, via Hong Kong, and rose through the ranks at Texas Instruments, a pioneer of early chip technology. Chang proposed the world-changing idea of a chip “foundry”, which manufactures semiconductors for multiple clients, in the 1970s. TI rejected the plan and later thwarted Chang’s ambition to become chief executive. As a result, he was at a loose end in 1985 when Taiwan’s government called and gave him a blank cheque to develop his foundry idea there. The success, sophistication and sheer scale of his creation TSMC are now hard for rivals to match.

Miller wonders what would have happened if Chang had become TI’s chief executive instead. “I think it’s easy to imagine ways in which TSMC could [by now] stand for the Texas Semiconductor Manufacturing Company,” he says. Another missed opportunity, Miller says, was US chipmaker Intel’s failure to build on its success in semiconductor innovation under another US immigrant, Andy Grove, its chief executive. “Intel was too powerful for too long and didn’t take some of the risks that it needed to take,” claims Miller. “Missing the smartphone, for example, missing the early [artificial intelligence] shift in the industry, and I think missing a bit of the paranoia that had made Grove such an effective, if terrifying, manager.”

Companies like TSMC are facing multiple reasons to rethink the geography of supply chains. And it’s not just politicians calling them . . . but their customers as well

Miller, associate professor of international history at Tufts University’s Fletcher School of Law and Diplomacy, places great emphasis on the importance of often undervalued capabilities, such as managerial excellence, supply chain mastery and manufacturing efficiency. They were as important in the race to secure semiconductor supremacy as the original breakthrough innovations, or the government support that encouraged them, he suggests.

For example, he singles out ASML, the Dutch manufacturer of highly complex chipmaking tools. “They describe their job as managing a complex supply chain,” says Miller, which includes sourcing parts from other manufacturers. “They’re brilliant engineers. But in some ways the real brilliance is actually in assembling components which, when you say it that way, sounds low value-add.” In fact, ASML’s assembly prowess adds enormous value: the company’s extreme-ultraviolet lithography machines for etching the most advanced chips contain hundreds of thousands of precision parts and cost $100mn apiece, according to Miller.

If anything, Miller says he has become less optimistic in the past five years about how the world will reconcile the overlapping and sometimes contradictory interests of customers, manufacturers and governments in semiconductors.

In trying to increase pressure on China over chips, the “fundamental problem” for US policymakers, as outlined by a semiconductor executive quoted in the book, is that “our number one customer [China] is our number one competitor”. Miller says the Biden administration’s biggest challenge in chip diplomacy is convincing its allies that it can “strike a balance between security considerations and economic considerations”, when “there are voices on both sides of this issue — people more concerned about security, people more concerned about keeping open markets”.

It is possible, says Miller, that the risks of economic self-immolation will keep the peace between China and Taiwan and between the US and China, but “if you asked me how confident I am in that, I don’t see a lot of reason for great confidence.” 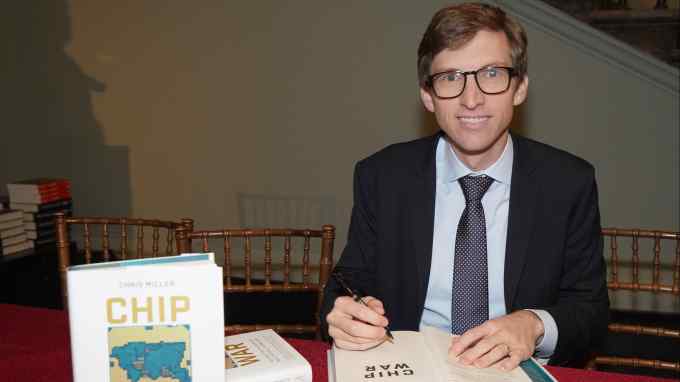