Regulators across the region have been working to improve governance controls

Corporate governance standards in much of Asia remain lower than in more developed economies, according to the Asia Corporate Governance Association (ACGA). Its 2016 report ranked Asian jurisdictions below Australia on criteria including regulations and enforcement.

While boards in Australia often remove under-performing chief executives, this is less common in Asian countries. However, the ACGA added that since 2012 three of the major north Asian markets — Japan, Taiwan and Korea — had improved in score. Hong Kong and Singapore had the best legal, regulatory and economic institutions for corporate governance in the region, it added.

The environment is “vastly different from even four years ago”, says Nicholas Benes, head of the Board Director Training Institute of Japan. “But there are firms which have not caught up to the 21st century in terms of corporate governance and attention to shareholder value,” he adds.

“There is divergence between companies which have a majority of independent directors, and companies which don’t want to have any outside directors at all.” There is also little flexibility in replacing CEOs outside of annual general meetings, Mr Benes says.

The Indian securities regulator is poised to overhaul governance rules after complaints about the power of founding families and poor scrutiny from boards.

Two of India’s most high-profile business groups — the Tata conglomerate and IT services provider Infosys — have been hobbled by infighting in recent years.

The reform proposals include separating the roles of chairman and chief executive, and increasing the proportion of independent directors, while beefing up their duties.

“The corporate governance challenges for investors in Indian companies are to figure out the background of the promoters or founders, figure out whether the financial statements reflect the true picture, and any abusive related party transactions, which can take away value from the company,” says Shriram Subramanian, managing director of InGovern, a corporate governance advisory firm.

Investors need to be wary of unlisted companies which “have been set up in the recent past [and] continue to search for a stable business model,” Mr Subramanian adds.

Hong Kong does not require quarterly financial reporting. This denies investors access to information found in other regions, says David Webb, an advocate for minority shareholder rights in the city.

As listed companies in Hong Kong tend to have a controlling shareholder, Mr Webb says, independent directors are “not entirely independent” as they are usually elected by such shareholders who can veto outsiders’ suggestions.

A lack of provision for class-action lawsuits in the city means “it is expensive to go after directors if you have been defrauded”, he adds. 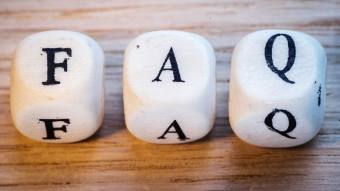