Jennifer Doudna: why genome editing will change our lives

‘The technology has accelerated the pace of modern research almost exponentially, shaping the future of both medicine and agriculture’

I still remember my first encounter with DNA. We were doing a classic high-school biology experiment in which salmon sperm cells were broken apart gently to release their contents, a viscous goo that could be swirled around in a container and would stick to a glass rod.

As a kid who loved chemistry, I was fascinated to learn that this goo was in fact the DNA that encodes life’s instruction manual, the chainlike chemical composed of four letters that makes up the genome with the coded information telling each cell what to do.

As I studied biology I learnt that the DNA code is often read by a process that creates short throwaway copies of the genome in the form of molecules called RNA, DNA’s more versatile but less stable chemical cousin. This early interest eventually morphed into a career-long fascination with understanding just how these molecules of RNA control the use of the genetic code.

Twelve years ago, while working in my lab at the University of California at Berkeley, I heard about an unexpected way that bacteria might be storing snippets of viral DNA sequences, copying them into RNA and then using the RNAs like address labels to deliver proteins that cut up and destroy the viral genes.

In numerous environmental bacteria and those used in yoghurt making, scientists had noticed unique patterns of repeated letters in the cells’ DNA: repeating sequences with short palindromic stretches (which, like the word “racecar”, read the same forwards and backwards). These repeats were sandwiched together with pieces of viral DNA between them.

Scientists refer to such arrays of spacers and repeats as a CRISPR (clustered regularly interspaced short palindromic repeats) array. The arrays work together with CRISPR-associated (Cas) proteins to form a bacterial immune system that protects microbes from viral infections.

Ultimately, parts of this bacterial immune system would be harnessed as a technology for genome editing of bacteria, plants, animals — and even humans — that makes rewriting the code of life suddenly accessible to a wide range of scientists, clinicians and entrepreneurs. With collaborator Emmanuelle Charpentier and research team members Martin Jinek and Kryz Chylinski, we spent many months studying how a CRISPR-associated protein called Cas9 uses RNA guides to find and cut viral DNA, inactivating the virus. Finally, we knew the answer.

I went home from work that day to cook dinner for my family, but I could not stop thinking about our results and about how Cas9’s RNA-programmed cutting activity could be used differently to induce precise changes to a cell’s DNA during genome repair.

Watching spaghetti noodles swirling around in the pot on the stove top reminded me of that salmon sperm DNA from high school, and I suddenly burst out laughing. “Why are you laughing, Mom?” my son asked. “Because bacteria have this crazy protein that can be programmed to find and cut any desired piece of DNA, like looking up and changing a single word in a book in the library!” I told him.

In the summer of 2012, we published our results and described how CRISPR-Cas9 could be used as a simple and effective system for genome editing in cells. The profound implications of this technology have been unfolding ever since.

Much has happened since 2012. The CRISPR-Cas9 technology has accelerated the pace of modern research almost exponentially, providing exciting advances that are already shaping the future of both medicine and agriculture. Not only is this providing hope for a cure for genetic diseases such as sickle cell anaemia and Huntington’s disorder, this accurate form of genome editing will soon enter the first FDA-approved clinical trial in the US as an anti-cancer therapy to treat multiple myeloma, melanoma and sarcoma.

Research is also being done to develop pigs that can grow healthy human-like organs for transplantation. In crops, the CRISPR-Cas9 technology is enabling desired traits to be added into a popular plant varietal without affecting any other traits. At the same time, the societal implications are both exciting and sobering, motivating me to work towards public engagement.

For me this has taken various forms, from an international summit to public talks to a co-authored book detailing my story with CRISPR. A common theme in these discussions is the possibility of creating genetically-enhanced “CRISPR babies”. This raises the spectre of eugenics, which, although possible in the future, is thankfully not likely any time soon.

Genome editing in agriculture has the potential to impact many people globally in the near term, and could address drought, pests and nutrition

By contrast, genome editing in agriculture has the potential to impact many people globally in the near term, and could address important challenges including drought, pests and nutrition. Through the development of crops engineered to be healthier and more sustainable, food will likely be the first way most people personally experience the -Cas9 technology.

Modern agriculture is no stranger to controversy. From pesticide use to seed storage to genetically modified or “GM” crops, debates have raged about the safety and environmental impact of new technologies on the world’s food supply. GM crops are the product of recombinant DNA: a gene or trait from one organism (say, an E. coli bacterium) is added to a different organism (say, a corn plant).

This allows scientists to add a desirable trait — such as faster growth, or higher yield, or sweeter flavour, or better nutrition, or — yes — pesticide resistance, to a commercially valuable plant. Although there have been concerns about commercialisation of such efforts, dismissing all genetic modification of crops would miss a huge opportunity.

Modern plant breeding relies on random mutations to produce favourable outcomes, and then selects for desirable mutations. This process can be slow, and may introduce many undesired and undetected genetic changes along the way. In contrast, CRISPR-Cas9 genome editing allows the creation of plants with just the desired genetic alteration, without adding foreign genetic material.

Chocolate manufacturers may see one of the early uses of CRISPR-Cas9 in agriculture. A few years ago, I learnt from colleagues in the food business that cacao plants, the crops used to make chocolate, are threatened by disease. Cacao products are beloved almost universally but are also an important part of the global economy — providing tens of millions of jobs. The plants are susceptible to diseases that have recently been spreading.

In 1985, two districts in the cacao-growing country of Ghana experienced black pod disease outbreaks, which ruin the pod that holds the cacao beans; in 2012, that number had increased to 52 districts. Witches’ broom disease was introduced to South American cacao plants in 1989, and can cause up to 90 per cent of pod losses. Cacao plants throughout West Africa also suffer from infection by cacao swollen shoot virus, which can ultimately be fatal. At the Innovative Genomics Institute at UC Berkeley, a research team is hard at work implementing CRISPR-Cas9 to generate cacao varieties that are resistant to both viral and fungal infections.

This research was recently featured under headlines proclaiming that cacao will be extinct in 40 years. This claim is incorrect. Although cacao is being threatened by climate change — the amount of land suitable for producing the crop is predicted to shrink substantially in the coming decades — it is not expected to totally disappear. Cacao is currently produced in Africa but is native to the Americas and production in South America could increase to compensate for global climate shifts.

While the shrinkage of land space could make the need for disease resistance more acute (as reduced space would make it easier for a pathogen to spread), the main goal of our research is to develop disease-resistant plants.

This story highlights the tension between attention-grabbing headlines and science’s nuanced nature. Scientific reporting is hard, and the current distrust of the mainstream media is only making it harder. Yet using scientific thought patterns, including both curiosity and scepticism, when evaluating news coverage is valuable.

Curiosity is wanting to know more: it’s reading past the headline, looking at articles from multiple perspectives, paying attention to what sources are saying. Scepticism is considering new information in light of what is already known. It’s assessing the quality of a news source and being ready to change opinions if new information contradicts current assumptions.

It’s important to learn about uses of CRISPR-Cas9 technology in agriculture to enable informed decisions about food consumption. Genome editing has already been used in a variety of agricultural crops, including tomatoes and corn, but only in research settings. In tomatoes, it has been used to rapidly create plants with a wide variety of traits, using no transgenes (DNA sequences from a different organism).

This technique enabled scientists to increase the fruit size of tomatoes, something that had already been accomplished through conventional breeding means, but also to generate new tomato variants with increased yield, an exciting new trait. Whereas traditional breeding techniques often select for one trait (say, high yield) at the loss of another (say, nutritional value), CRISPR editing ameliorates the need for these trade-offs. An edit to one gene can readily be added to a varietal with other positive traits.

In the past, crop manufacturers and large corporations have failed to adequately include consumers in their decision-making process. Now, with the potential to make more targeted plant modifications, many corporations are committed to doing better to listen and respond to public concerns. Agriculturalists want to work with consumers early on to provide products that are already in demand by the global market. Avenues such as CRISPRcon, a conference to discuss the potentials of agricultural genome editing, have begun providing a platform for these crucial conversations. Such efforts must expand.

Scientific reporting is hard, and the current distrust of the mainstream media is only making it harder

Luckily, the misinformation about cacao is unlikely to have long-lasting consequences. However, given the high potential of CRISPR-Cas9 technology to improve human life — through both medical and agricultural uses — we can’t afford to be sloppy.

Gene editing technology could be part of the solution to feeding a growing population and responding to the threat of climate change. As the number of genome editing applications continue to grow, transparent communication with the public is no longer an afterthought, but a necessity.

Jennifer Doudna is a professor and HHMI investigator, University of California, Berkeley

Video: Listen: What we can learn from ancient DNA

Explore the series
READ MORE
Rise of the robots: are you ready? 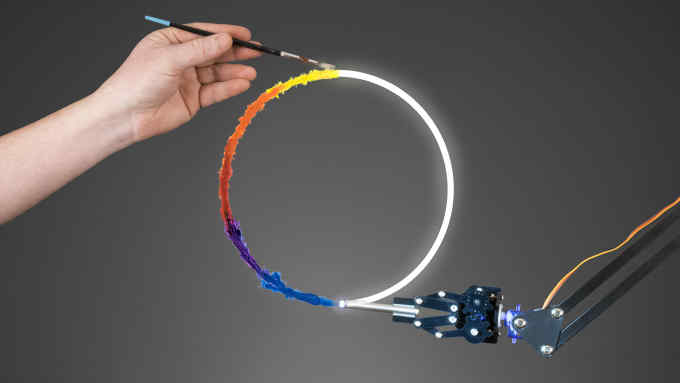