Volatility returns to favourite of the Reddit day-trading forum

GameStop shares extended an explosive rally at the stock market open on Thursday, having already doubled in the final 90 minutes of the previous trading session, in a return of the volatility that rocked markets last month.

The video game retailer’s shares, which have been a favourite of day traders communicating on social media platforms such as Reddit and Twitter, opened as much as 85 per cent higher.

In January, a short-squeeze in GameStop shares inflicted severe losses on hedge funds betting against the company, and some posts on Reddit exalted in the sudden resurgence of the stock after weeks of declines.

The company’s stock hit $170 on Thursday before reversing course to trade at $120, up about 30 per cent. It closed at $91.70 on Wednesday after a period of chaotic trading when it had to be repeatedly halted by the stock exchanges’ automatic stabilisers.

GameStop's stock was so volatile on Thursday morning that, within 30 minutes of markets opening, trading was halted three times for a few minutes each.

The sudden burst of activity has spread to other stocks that had also become popular with traders on the Reddit forum WallStreetBets. Distressed cinema operator AMC closed up 18 per cent on Wednesday, clothing retailer Express climbed 41 per cent, and communications software group BlackBerry gained 9 per cent — and all had double digit gains in early Thursday trading, too.

More than 82m GameStop shares traded on Wednesday, the highest number since January 27.

While members of WallStreetBets cheered on the stock price gains, some were also left wondering who or what had sparked the rise. Late on Tuesday, GameStop announced that its chief financial officer had resigned and would depart in March. The stock had slipped initially on that news.

Derivatives traders also turned to short-dated call options in GameStop on Wednesday, which would pay off in the event shares of the company rose. Volumes of call options reached the highest level in nearly three weeks, with some 262,000 of the contracts traded on Wednesday — five times the level on Tuesday, according to Bloomberg. 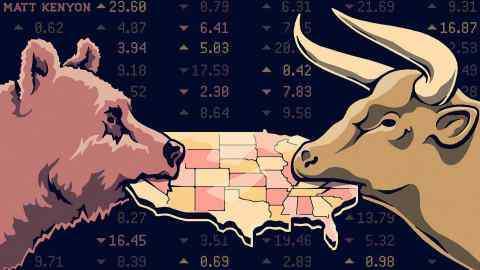 Some investors piled into bullish options that had strike prices above $500 a share. Those options would only pay off if the stock climbed above that level — a price only briefly hit during the January rally.

Christopher Jacobson, a strategist at Susquehanna, said the options activity seemed to exacerbate the move in GameStop shares, although he said he did not believe the positioning in derivatives markets was an “instigator of the rally”.

The market furore in January captivated everyday investors and drew many inexperienced traders into the market. A Congressional hearing last week on the trading activity focused on Robinhood, the broker that popularised commission-free stock trading, and its decision to halt trading in GameStop and other stocks favoured by investors on Reddit forums.