The roots of Putin’s power machine

Vladimir Putin is a gambler. Russia’s population is shrinking, its real-terms wages and gross national income per head are tumbling, it has failed to create successful industries and services and is blighted by entrenched corruption — and yet its president behaves like a poker player with a royal flush.

He has formed a close relationship with President Xi Jinping of China, the world’s rising second power. He has increased Russia’s military presence in the Middle East, especially in Syria. He has seized the Ukrainian region of Crimea, and his sponsoring of separatist militias in Ukraine’s Donbass region ensures that Ukraine is kept weak and divided. And — joy unforeseen — in place of the detested Hillary Clinton as the US president, he gets Donald Trump, whose obeisance to him seems genuine.

Making sense of all this is no easy task. How fortunate then that some of the best-informed observers of Russia have recently published books that examine the condition and nature of the world’s largest state by landmass — and, in particular, the true extent of the power of President Putin.

Dmitri Trenin, formerly a career Red Army officer, now heads the Carnegie Moscow Centre, still going strong while other NGOs have been dubbed “foreign agents”. In Russia, he has delivered a political-historical synopsis of Russia today. It illuminates the ruthlessness of the country’s early Communist leaders who, through mass incarceration and murder, pursued the party’s interest rather than the national one — until, under Stalin, the two became one. Trenin gives the “horrendous” toll of this terrible man’s repressions: between 640,000 and 883,000 executed, and 18m-20m sentenced to the camps of the Gulag, where many perished.

He sees Putin’s Russia as “a regime posing as a state” in which “money has become the central organising principle”. Yet he also believes that Putin “may be one of the very few people in contemporary Russia credited with . . . caring for the people, not just busy enriching himself”.

Anders Aslund will have none of that. In Russia’s Crony Capitalism, he writes that Putin has built an “authoritarian kleptocracy”, and quotes the late, great investigator of Kremlin thievery, the American political scientist Karen Dawisha, as saying that the power group headed by Putin is “committed to a life of looting without parallel”. Aslund sees Putin as being at the centre of three circles, all of which the president enriches: his friends from the KGB, his friends running the big state companies and his friends in private business — and, of course, himself.

A former Swedish diplomat turned US-based think-tanker, Aslund’s long absorption in the area makes his work charged with insight and informed judgment. In the 1990s he worked with the young reformers who, after the collapse of the Soviet Union and in the presidency of Boris Yeltsin, introduced market mechanisms to jump-start supply of commodities — and were blamed by a population plunged into poverty for a crisis whose roots lay in the Soviet era.

Full of insight and informed judgment, former diplomat Anders Aslund takes aim at the ‘authoritarian kleptocracy’ and the inner circles of power

Professor Angela Stent traces the leader’s rise and his designs to place Russia at ‘the centre of a new, multipolar world’, examining its China ties in particular

Soon after the ailing Yeltsin appointed the largely unknown but efficient Putin as his successor, oil prices rose, fuelled by the Iraq war and a global commodities boom. The new president appointed a team led by Alexei Kudrin to run a conservative financial policy. He reset relations between the Kremlin and Russia’s vastly enriched oligarchs, who had all but taken over the state in Yeltsin’s last years: get out of politics or lose their fortunes.

This was necessary, but there were malign consequences. The biggest and boldest of the oligarchs, Mikhail Khodorkovsky, challenged Putin face-to-face at a meeting in the Kremlin in February 19, 2003: he had compiled a report on high-level corruption that strayed into the forbidden area of shady dealing by the state oil company Rosneft. He was arrested some months later, put on trial and given a 10-year sentence for fraud and tax evasion (he has since gone into exile). The new deal was clear: obedient oligarchs kept their wealth, with all their London mansions and Mediterranean yachts, as long as they stayed out of politics and toed the line.

They were joined by Putin-era fellow super-yachtsmen who had the president’s ear. Many pose as Russian patriots, but most put their money and families (and often themselves for much of the year) abroad. There are few safeguards against expropriation. The capitalism Putin presides over is state capitalism, in which “economic efficiency, profits, innovations and other economic criteria hardly matter, whereas personal loyalty and the transfer of funds to friends do matter”.

Rather like during the Soviet years, living standards (which rose quickly in the 2000s) are being squeezed by defence spending. At 3.9 per cent of gross domestic product, Russia has the fourth-largest defence spending in the world — between Saudi Arabia and India — and yet is in the 60th place for nominal GDP spending per capita, behind Argentina and just ahead of Mauritius. Putin pursues, with some success, his main geopolitical aims: dividing the US from Europe; dividing the states of Europe among themselves; and keeping the potentially errant states of Ukraine, Georgia and Moldova away from the west.

Aslund argues that the west, which he believes has been too soft with Russia, must end the ability of the Putin cronies to launder their money through the financial steam rooms of New York and London. Yet engagement is necessary, since here is a country with a highly educated population showing signs of restiveness, too modern, too aware and likely to be too civically active to tolerate Putinism for much longer.

Angela Stent is not sure of that. The core of her argument in Putin’s World — marinated, like Aslund’s, in decades of close observation — suggests that Putin and Putinism can continue as long as he wishes. His Russia will “assert its interests in its neighbourhood, insisting . . . that Western encroachments there threaten its core interests”, while also “project[ing] power abroad where it can, taking advantage of the disarray in American foreign policy”.

She too thinks the west was naive in the 1990s, assuming that Russia wanted to become part of Europe. Both Mikhail Gorbachev, last president of the USSR, and Yeltsin, Russia’s first president, emphasised that — but look where it got them: the collapse of the Soviet Union and the near-collapse of Russia. Putin initially adopted that rhetoric, but then moved to cultivating “the idea of Russian exceptionalism, of Russia’s unique Eurasian identity, a country bestriding both Europe and Asia, the centre of a new, multipolar world in which Moscow deals with governments of all political persuasions”.

Good luck with that. Putin’s new friend Xi Jinping, who hopes to strap a girdle round the Earth composed of belts and roads, is already trampling on Russian interests in Central Asia. This is a partnership between two intensely nationalistic regimes. Both use resentment at past humiliations (real or exaggerated) at the hands of the west, but both have aims that will conflict.

Putin seems to be forgoing complaint on this. Stent writes that Xi “offers Russia a partnership with a rising power and reinforces both countries’ drive to create an alternative economic order”. Putin’s present mood is contempt for the west. As he made clear in his recent interview with the FT, he believes that the west is falling into a kind of Gomorrah-like state of immoral decadence.

ReviewBooks
Book reviews of the week 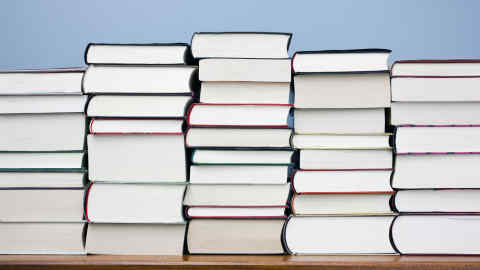 What is to be done? Like Aslund, Stent counsels modesty; isolating Russia is not the answer. At the same time, the “resets” of relations with Moscow that previous US presidents have tried should be junked. Above all, remember Putin is not Russia: Russian citizens are increasingly coming out from under an automatic assent to their leaders’ preferences. For now, though, Putin is the boss.

Differing as they are in emphases, Trenin, Aslund and Stent agree that Russia’s authoritarian present is rooted in its despotic past. Mark Smith, a contemporary European historian at Oxford, challenges this. His view is that the “anxiety” around Russia is a western phenomenon, not essentially produced by Russian behaviour. For example, the only reason for Nato to exist after the end of communism “was as a vehicle for the Russia anxiety” — since the west, refusing to enfold Russia into a “completely new future”, needed it to continue. 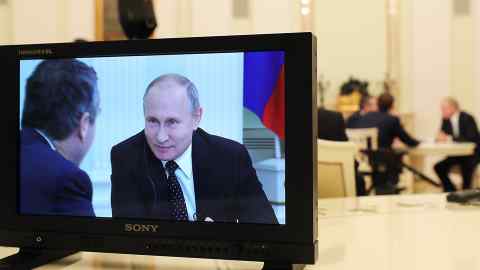 Some passages in The Russia Anxiety read like editorials in far-left news­papers. Hypocrisy reigns, Smith writes, when western politicians are “lyrical about the moral case for democracy”. Why? Because they don’t care about the fate of ordinary Russians, and are often elected on a minority vote, and offer many examples of an abuse of power. Another example holds that “even in the Stalin period, the ‘total politics’ view of Soviet life is exaggerated” — since “politics and ideology were often the last thing on peoples’ minds”. In these examples, despotism and mass killing are conjured away by matching these with the many human failings of elected politicians, while Stalin’s promotion of vast terror is diminished because most people weren’t thinking about them most of the time.

It’s reasonable to remind readers that the liberation of Russia’s serfs took place in 1861, while America’s black slaves had to wait until 1865 for their full freedom — and that for both, misery did not end there. It is reasonable to note that Britain ruled over a vast empire in which massacres were permitted, even encouraged; that, in short, the west has national pasts in which inhumanity jostled with magnificence.

But Smith’s lengthy project to expose the excesses and hypocrisies of western scholars, journalists, diplomats and politicians in their desire to view Russia as mired in immovable tyranny needs a better frame than this — or at least, an extraction of the rational parts of the project from the thick patina of exaggeration and polemic. True, the journalistic trade can certainly fall back on received wisdom for lack of time or will to check and reflect. True, that in the past few decades western reactions to Russia have been cautious, at times mean, at times exaggeratedly hostile. But the recoil of Russian society, media and politics away, since the early 2000s, from liberal models that Putin explicitly disdains has been mostly his achievement, and that of his associates.

At the same time, the hope that the freedoms and openings that remain — very large in comparison with Russia’s past — will form the bedrock of a more securely civil society is the common aspiration of tens of thousands, even millions of Russians, as it is of many in the west.

Putin’s World: Russia Against the West and with the Rest, by Angela Stent, Twelve, RRP$30, 433 pages

The Russia Anxiety: And How History Can Resolve It, by Mark B Smith, Allen Lane, RRP£25, 480 pages

Get alerts on Political books when a new story is published