Priority overload: how to avoid it and how to relieve it

It is that time of year. Holiday rota chaos, inventory mismanagement, deadline anxiety, strained relationships. And that is just at home.

The same pressures apply in the parallel and increasingly overlapping universe of virtual work. ’Tis the season of “priority overload”.

A customer insists on a product delivery — yesterday if possible, but certainly before his company breaks for the holidays. A team leader needs your input on his time-sensitive project, even though it cuts across your commitment to a second internal initiative with its own demands. The chief executive, herself overwhelmed, has sent a midnight email vaguely describing additional functions she’d like to see in the app you promised to develop to her tight timetable. Then there are year-end budget targets to hit, new-year strategy papers to write, and all during a pandemic.

Teamwork ought to ease the burden. But collaboration is full of pitfalls. Rob Cross of Babson College believes technological and organisational methods, from agile working to task-management apps, can be counterproductive. “We’re grabbing at these tools to create a more agile and flexible and responsive organisation,” he told me. Yet the pressure to collaborate can increase the intensity of work and the risk of burnout.

Priority overload is one of six patterns of team dysfunction he and Inga Carboni of the Mason School of Business have identified in a new article for MIT Sloan Management Review based on interviews and network analysis at big companies.

One chief information officer at a food group, juggling multiple demands, told the researchers that “all the money and time in the world can’t overcome the complexity involved in delivering on some of these requests”. Teams who fail to sort out their priorities, “lose sight of their mission”, with knock-on effects on staff engagement and wellbeing.

Their study overlaps with concerns raised by Bogdan Costea of Lancaster University Management School about the impact of hyper-competition at organisations such as investment banks and professional services firms. In some cases, he believes, these companies are selling young recruits a promise that personal commitment, passion, and outperformance will lead to the nirvana of total fulfilment at work. Failure — or the perception of it — can then trigger tragic consequences such as breakdown and even death.

Prof Costea’s students pointed out to him how a new BBC/HBO series Industry, written by two former City workers and set at a fictional bank called Pierpoint, illustrated the themes in his work. In the series, new trainees, such as Harper, an ambitious young American recruit, are nominally on the same team, but compete ruthlessly against each other.

“It’s about the dysfunctionality of high-performance collaborative cultures,” says Prof Costea. He believes that, far from providing a circuit-breaker for such behaviour, the pandemic and remote working may have added to individual anxiety about the need to outperform colleagues who, while out of sight, are very much in their minds.

Leaders interviewed by Prof Cross and Prof Carboni also identified such competitive tensions. The academics file them in another dysfunction category labelled “misaligned nodes”. “It’s very hard to see,” says Prof Cross. “Everyone is very nice in the room but when they go back [to their desks] they’re pursuing their own initiatives.”

It is up to leaders to act with intent and precision to tackle such problems before they occur, he adds, rather than “shooting blindly”. One leader at an investment bank deliberately introduced what was called a “Friday rose”, a weekly meeting at which team members described what they had learnt (the stem), what had gone well (the flower) and what had not (the thorn). It sounds exactly the kind of exercise to make hardened Pierpoint traders snort with derision, but this leader believes it is helping rebuild trust.

A human resources head realigned his team by passing around a “win jar” filled with notes anonymously recording each individual’s achievements in the past seven days. Team members pick a note and read it out without assigning credit, to emphasise their collaborative efforts.

As for tackling overlapping priorities, network analysis tools can help by identifying team members, and leaders, who are close to overload. Sometimes, though, the solution is as simple as bringing stakeholders together, asking them to set priorities for their demands, and mapping them on to the finite capacity of the team, making the surplus requests obvious and the solution easier to justify. “One of the most freeing moments,” Prof Scott says, “is when people realise they can say no.” 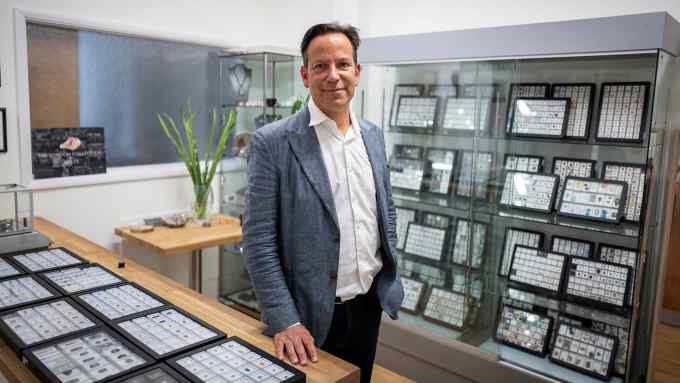