Thousands of UK savers advised to give up final-salary pensions

Tens of thousands of savers were recommended to give up valuable final-salary pensions by advisers using a popular charging model now banned owing to concerns it was fuelling mis-selling, according to data published by the regulator.

Last October advisers were barred from providing defined benefit pension transfer advice using the contingent fee model, where they were only paid if the client decided to go ahead with a transfer recommendation.

The Financial Conduct Authority acted after becoming concerned the contingent fee model was incentivising advisers to persuade their clients to transfer, a move the FCA did not regard to be in the best interests of most people.

The FCA on Monday published data showing that over an 18-month period until March 2020, 39,414 consumers were recommended to give up their guaranteed defined benefit pensions and transfer their funds to a riskier pension arrangement, by advisers working on a contingent charging basis.

It did not say how many people acted on the recommendations. However, the regulator has previously disclosed that about 100,000 DB transfers took place in the two years to March 2020, with the majority thought to have been done on a contingent basis.

The actual number of people given recommendations on a contingent fee basis is likely to be much higher because the practice became popular in 2015 after changes to pension legislation and continued until the ban last October. However, the FCA on Monday said it did not hold data on contingent charging before October 2018.

Over the period between October 2018 and March 2020, advisers made transfer recommendations on about £20bn worth of pension pots, with three-quarters of DB transfer advice over the period carried out on a contingent charging basis.

“There needs to be a proper investigation into whether those consumers who transferred on a contingent basis received appropriate advice,” said Ros Altmann, a former pensions minister.

“In many cases the advice would have been suitable but where it was not, those people cannot reverse their transfer. The FCA should have banned contingent charging much sooner.”

In 2018 and 2019, the House of Commons work and pensions select committee called for contingent charging to be banned after separate inquiries found that financial advisers using the fee model might have been incentivised to give bad advice.

At the time, the FCA’s initial response was that the evidence did not suggest that contingent charging was “the main driver of poor outcomes for customers” seeking defined benefit pension transfer advice. 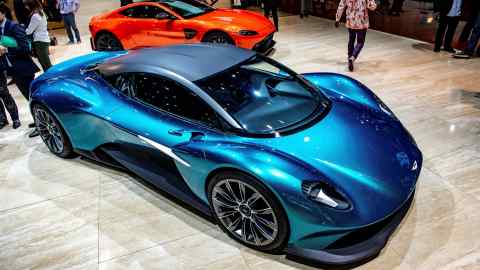 “This shows that the more commission-hungry salesmen were maximising their revenues before the curtain came down on contingent charging,” said Mick McAteer, founder of the Financial Inclusion Centre, a think-tank, and a former board member of the FCA and its predecessor, the Financial Services Authority.

Since October 2020, in most circumstances advisers can only charge upfront fees for DB pension transfer advice.

The FCA on Monday said it had seen “signs of improvement” in the DB transfer advice market with “significant” falls in the rate of transfer recommendations being made by advisers.

The FCA did not respond to a request for further comment.