One of Europe’s smallest states has big ambitions to back private-sector innovation with government-led research. Can it succeed?

Luxembourg prides itself on punching above its weight. In the 19th century the Grand Duchy developed one of Europe’s largest cast iron and steel industries. With the decline of heavy industry after the second world war, Luxembourg nurtured a flourishing financial services sector that is the main reason why the country enjoys the highest per capita income in the 27-nation EU.

Now Luxembourg, whose population of just over 600,000 accounts for less than 0.2 per cent of the EU’s 445m people, is setting itself the task of becoming one of the world’s most advanced digital societies. Policymakers are putting together what they hope will be a winning formula that combines government-led research and private sector initiative.

The objective is not progress at any price. Each of the government’s most important policy documents on the future, “National Research and Innovation Strategy for Luxembourg” and “Artificial Intelligence: A Strategic Vision for Luxembourg”, emphasises the need for a strong legal and ethical underpinning to the application of new technologies.

The idea is that Luxembourg’s authorities, working with other EU governments and the European Commission, the bloc’s executive arm and chief regulator, will protect the rights of citizens and crack down on the misuse of data.

Such pronouncements attract criticism from some industry analysts, who warn that EU countries, including Luxembourg, risk falling behind the US, China and other international competitors if they tie down tech innovators with excessive regulation.

In a report for the Center for Data Innovation think-tank, published in January, Daniel Castro and Michael McLaughlin wrote: “The biggest challenge for the EU and member states is that many in Europe do not trust AI and see it as technology to be feared and constrained, rather than welcomed and promoted.”

The country lacks large datasets of its own because of its size, but it benefits from a modern infrastructure, a vibrant tech ecosystem and, in principle, good access to research funds — strengths that owe a great deal to its growth in recent decades as a financial centre, albeit one that has often been criticised for a lack of transparency.

“Its economy is largely tied to the banking sector and as such there are probably clear opportunities for fintech companies to leverage,” Jacob Claerhout, a Belgian venture capitalist, told thenextweb.com, a Netherlands-based website.

According to dealroom.co, a market research firm that calculates global venture capital spending, Luxembourg attracted €218 per capita for AI and other high-tech companies in 2019, more than any other EU member state except Sweden with €273. The EU average was €55 per capita.

Luxembourg-based companies that have attracted investors in the past five years include OceanEx, which offers a platform for trading in cryptocurrencies, and Zortify, which specialises in personality analytics designed to help corporate recruitment processes. Another is Travelsify, a hotel analytics company.

While Luxembourg’s government is keen to foster a start-up culture, it intends to proceed in the field of AI with care, as its “Strategic Vision” document makes clear. “Due to AI’s massive implications, each step forward that our country takes will be coordinated, collaborative and informed by diverse perspectives,” writes Xavier Bettel, prime minister, who doubles as the minister for digitalisation.

“Luxembourg’s vision is one in which AI weaves smoothly into the fabric of society — improving the lives of all citizens and strengthening our activities as a nation and member of the global community.”

In a European context, the government’s emphasis on ethics and effective regulation is not unusual. It chimes with the approach of the Brussels-based European Commission, whose white paper on AI last year warned of “potential risks, such as opaque decision-making, gender-based or other kinds of discrimination, intrusion in our private lives or being used for criminal purposes”. Luxembourg’s ethics-based strategy is similar to that of other small EU countries, such as Denmark and Lithuania.

However, unlike some of the 21 national AI strategies that EU member states published between 2018 and 2020, that of Luxembourg does not explicitly mention China and the US as potentially dangerous rivals or awkward partners in the field of high tech.

For example, the French document says that France and the EU should “avoid becoming just ‘digital colonies’ of the Chinese and American giants”. The Danish strategy cautions: “Europe and Denmark should not copy the US or China. Both countries are investing heavily in artificial intelligence, but with little regard for responsibility, ethical principles and privacy.”

In a report for the European Council on Foreign Relations think-tank, policy fellow Ulrike Franke wrote in January that such pointed allusions to large US tech companies show that “from a European point of view, the US is the primary ‘other’ that Europe measures itself against on technology — at least for now”.

She argued that the European impulse to seek “digital sovereignty”, or as much technological independence from the US as possible, might generate increasing frictions between the EU and Washington in coming years and hamper joint transatlantic efforts to prevent long-term Chinese domination of AI.

Even Luxembourg’s own AI strategy acknowledges that “today, the EU is not considered a global leader in AI”, citing what it describes as “low and fragmented investment levels” in the sector. According to the Center for Data Innovation’s report, EU countries attracted an estimated $3.2bn in venture capital and private equity funding for AI companies in 2019, compared with $14.3bn in the US and $5.6bn in China.

However, analysts at the International Data Corporation, a market research company, say that private investment across the entire sector of European high tech, including AI, held up well last year, staying more or less unchanged from the levels of 2019 despite the disruptive impact of the coronavirus pandemic.

As the European economy recovers, Luxembourg’s role as a hub for private sector finance should enable start-ups based in the Grand Duchy to reap the dividends. It helps that Luxembourg is located close to some of the leading French and German AI research centres in Nancy, Strasbourg, Saarbrücken, Kaiserslautern and Freiburg.

Not to be underestimated is the prominence of public bodies, including Luxembourg’s academic ecosystem, in shaping the digital future. About a quarter of the 100 people employed at the computer science and communications research unit of the University of Luxembourg are working in AI-related areas, such as robotics and data mining.

Luxembourg is also the headquarters of a pan-EU programme, known as the European High Performance Computing Joint Undertaking, with a mission to develop supercomputing services for small and medium-sized companies. The National Research Fund has allocated €200m over the past five years to AI research projects in fields such as Parkinson’s disease and autonomous intelligent systems. Meluxina will be a petascale computer capable of executing more than 10 million billion calculations per second.

Such investments illustrate the importance Luxembourg’s leaders attach to keeping the public sector closely involved in new digital projects. However, an essential accompaniment, in their eyes, is the emphasis on a solid legal and ethical infrastructure, especially for AI. 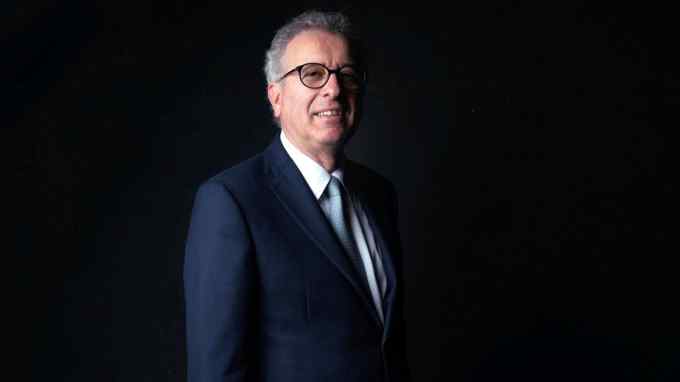