In an America that has rarely been more divided, one area of solid bipartisan consensus remains — on the need to “do something” about the threat China poses to the US-led global order. Even those who despise Donald Trump have mostly cheered the president on as he upends more than four decades of US policy on China.

The most important underlying reason for this support is the fact that Mr Trump was not the one who changed the terms of engagement. China’s President Xi Jinping did that first.

Under his predecessor, Hu Jintao, the mandarins in Beijing worried that using the slogan “peaceful rise” to describe the country’s ascent to superpower status was too presumptuous. They opted for “peaceful development” instead.

But in Mr Xi’s very first speech as leader of the ruling Communist party in 2012, he abandoned all such modesty with his promise to make China great again and bring about the “great rejuvenation of the Chinese nation”.

Virtually every action taken by the Xi administration at home and abroad since then has been far more assertive and repressive than anything we have seen in China since the days of Mao Zedong.

In the west, there has been much hand-wringing about how the establishment got China wrong — that they arrogantly believed the country would become more “like us” by joining the existing global order and eventually morphing into something resembling a liberal democracy.

But the people who argued that were right at the time. What changed was Mr Xi’s decision to turn the country in an authoritarian direction.

Refracted through China’s hyper-censored state media, Mr Xi appears to be the antithesis of the bumbling US president. But his is an uncannily Trumpian style of nationalism that has managed to alienate the one group that had always been Beijing’s best lobbyists in Washington — American multinationals and Wall Street. 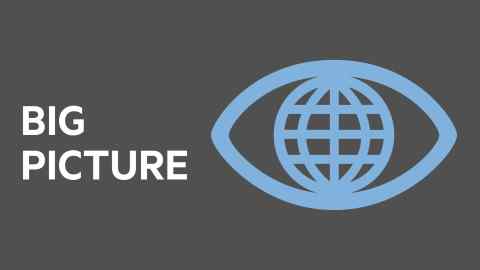 Faced with worsening barriers to entry and pressure to hand over their prized technology in exchange for market access, western companies operating in China have become Mr Trump’s biggest cheerleaders in the trade war.

A speech last week in Singapore by former Goldman Sachs chief executive and the US Treasury Secretary Henry Paulson gives a sense of just how few American friends China has left.

“The American business community has turned from advocate to sceptic and even opponent of past US policies toward China,” Mr Paulson said. “How can it be that those who know China best . . . and have advocated for productive relations in the past, are among those now arguing for confrontation?”

Mr Paulson used to be one of the most ardent “old friends of China” — a group that includes people such as Henry Kissinger and Blackstone’s Stephen Schwarzman who see themselves as a bridge between Beijing and Washington. His uncharacteristically harsh words should serve as a wake-up call for Mr Xi.

Some people who know Mr Paulson believe his criticism was actually encouraged by senior members of Mr Xi’s own administration, who feel the Chinese president has over-reached but are too scared to say it to his face.

These remnants of the Communist party’s liberal, reform-minded faction are concerned that China’s teetering economy will not be able to withstand a full-blown trade war.

For all the hype surrounding companies like Alibaba and Tencent, China remains predominantly a low-margin, mass production economy that relies on imports for most high-tech components. Despite decades of effort and billions of dollars invested in developing homegrown semi-conductors, China still imports more than 95 per cent of the high-end chips used in computers and servers. As a result, the world’s biggest energy importer spends more on buying foreign-made microchips than it does on imports of crude oil. 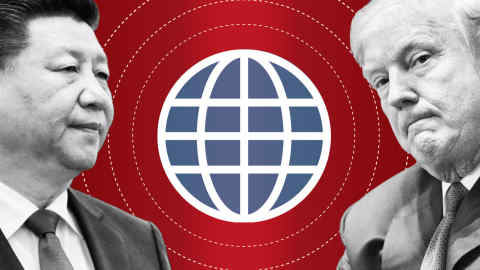 For security reasons and in the interest of retaining America’s crown as the world’s technological superpower, Mr Trump and the hawks who surround him are intent on “decoupling” much of the US supply chain from China. If they manage to tip China into economic and political crisis in the process, then so much the better in their opinion.

As Mr Paulson warned, there is a risk that America could isolate itself as an “economic iron curtain” falls across Asia. That is because China is currently the biggest trading partner for virtually every country in the region and its economy is still growing rapidly. Given Mr Trump’s obvious disdain for allies, it is unclear how many would opt for America over China if forced by Washington to make a choice right now. But if he makes one of his trademark reversals and starts working closely with other countries to isolate China, then Mr Xi will be in a lot more trouble.