Can you hold on to your accumulated wealth? 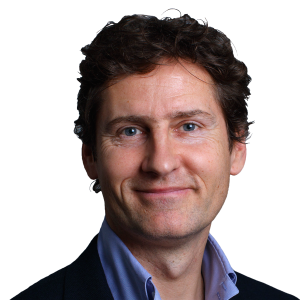 A friend of mine, let’s call him Anil, has a degree in engineering and an MBA. He has held senior positions in several big corporations, worked in eight countries, and has had two start-ups.

But despite having earned about £3m throughout his working life, he is practically broke. Now in his fifties, he recently purchased his home under the Help to Buy scheme but had to borrow the 5 per cent deposit from his father.

So why has this smart, successful and experienced person ended up with no financial wealth? Why does any person who has a high income, sells a business or inherits sizeable wealth sometimes end up with little to show for it?

In Anil’s case, he put the bulk of his wealth into a food start-up when he was in his mid-40s, convinced that he had identified a great moneymaking opportunity. The prudent approach would have been to use only a small proportion of his own money, bring in other investors, and share the upside. That way, he wouldn't have been wiped out when the business eventually failed.

Over three decades, I’ve observed that the skills one needs to generate a high income or build a business that can provide a substantial capital sum are rarely those required to preserve wealth.

I’ve met plenty of smart, financially successful people who went on to do stupid things with their money. I too am guilty of this, though thankfully in a less significant way. Making money is one thing, but keeping hold of it is quite another — and today’s gyrating markets and the economic uncertainty bequeathed by the coronavirus pandemic leave people even more vulnerable when making poor financial choices.

For those looking to live off their wealth, having unreasonable expectations about what level of lifestyle it can sustain might see them suffer a similar fate to the frog in the pan of water. The frog doesn’t notice the water gradually getting hotter until it is too late and it has boiled to death. The retiree whose annual withdrawals from a retirement pot are too high is likely to suffer a similar fate financially.

Another factor is personality. Our character traits can have a profound impact on how we handle money and the financial decisions we make. Some people enjoy and embrace risk, while the fear of the unknown paralyses others. Some of us are instinctive and look at the big picture, while others like to look at the detail and take our time.

Many of us oscillate between these extremes, depending on our mood and circumstances. Our decisions are significantly influenced by the presentation of information and choices. Being aware of our biases is a crucial part of our defence.

A person’s level of self-esteem can also play havoc with their financial choices and responses. For the person who has generated a significant amount of wealth from their own efforts, a well-developed ego can make them highly susceptible to doing stupid things with their money.

I've lost count of the number of intelligent people I’ve met who have managed to turn a large fortune into a much smaller one, by either adopting an overly cautious or too risky investment strategy. Or they create complex wealth structures and arrangements that come with high fees, complexity and an army of expensive “helpers”.

The hedge fund world is full of managers who made huge gains one year, only to give those gains (and often more) back a few years later, as they start to believe that they really can do no wrong.

Bill Ackman lost $1bn of his $2.6bn personal net worth in one year after taking a significant position in Valeant Pharmaceuticals. Even as the stock tumbled in the face of regulatory scrutiny, Mr Ackman continued to increase his fund’s holdings. Admitting he was wrong was hard for this revered investment guru. 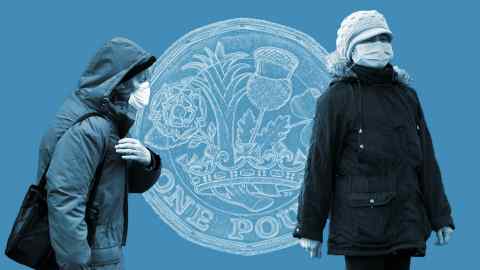 It’s easy to confuse luck with skill, and tell ourselves that our past financial success is a guide to future success. The idea that our failures are due to bad luck but our successes are down to our skill has tripped up plenty of smart people over the centuries. A few practical survival ideas may help you avoid falling into the big traps.

Practise humility. Understand that there is always a degree of luck in the things that happen to you. Don’t assume that all success is due to your abilities or that poor outcomes are down to misfortune. Accept that there is a lot you don't know and that you could be wrong.

Don’t try to make a killing. Investment writer Nick Murray said many years ago that you should never invest in anything which could kill you or in which you could make a killing. Big pay-offs usually come with equally enormous risks, many of which aren’t always apparent.

Look at downsides as well as upsides. Charlie Munger of Berkshire Hathaway once described himself as a “cheerful pessimist”. Being optimistic about the future has historically paid handsome rewards. But considering bad outcomes and how you’d handle them is equally important if you want to make better financial decisions.

Treat every pound, euro or dollar the same. Try to divorce the source of the money from how you use it. It should make no difference whether you earned it, won it in a lottery or inherited it. It matters not whether it is salary, bonus or share option proceeds. Save, invest and spend money according to your values, what makes you happy and the guidance of a “smart” spending plan (see below).

Have a smart spending plan. A monthly and yearly spending plan means you decide in advance how you want to divide your money between essentials, the future (or legacies) and fun. It should be fully funded by your available regular cash inflows. The allocation to essential spending also determines how much you need to hold as accessible cash to weather the inevitable gyrations of investment markets and meet any unexpected expenses.

If you've managed to accumulate some wealth, well done. Now the equally hard job of holding on to it begins.

Jason Butler is an expert on financial wellbeing and presenter of the “Real Money Stories” podcast. Twitter: @jbthewealthman.