How climate change will transform the global balance of power

In his remarks to the annual conference of the Valdai Club this autumn, President Vladimir Putin managed simultaneously to cast doubt on whether human-driven climate change is actually happening, and to assure his audience that Russia is doing everything possible to prevent it. This is also very close to the contradictory public positions of Prime Minister Narendra Modi of India.

India, however, has recently made remarkable progress in moving to renewable energy, while Russia is mostly just marking time. The reason is that India imports more than 80 per cent of its oil and more than 40 per cent of its natural gas by potentially insecure sea routes. This gives even Indian climate change deniers very strong motives of both economic advantage and national security to increase Indian renewable energy. With more than 80 per cent of the world’s population living in countries that are dependent on oil and gas imports, considerations of national security may become a key driver of global moves to alternative energy in the decades to come.

India is also extremely vulnerable to the effects of climate change, while a great many Russians believe that Russia on balance will benefit from a warming climate, as agriculture spreads to hitherto frost-bound regions of Siberia and the far east. One of the speakers at the Valdai meeting talked of Russia as a future “water and food superpower”. With global food consumption predicted to rise by up to 50 per cent by mid-century, even as increased droughts damage other grain-producing areas of the world, this is not a fantastical proposition.

These contrasting visions suggest possible ways in which both climate change itself and the attempts to mitigate it will change the balance of political and geopolitical power both within states and between them, and may become a leading source of political instability.

This is the subject of an important report by the newly formed Global Commission on the Geopolitics of Energy Transformation (supported by Irena, the International Renewable Energy Agency), whose commissioners include former German foreign minister and Green leader Joschka Fischer and Anatoly Chubais, Russia’s former Russian deputy prime minister.

Since 2010, the average cost of solar energy has fallen by 73 per cent, the cost of wind energy by 22 per cent, and that of lithium-ion batteries (for electric cars) by more than 80 per cent. If this trend continues, the large-scale replacement of fossil fuels in the decades to come will be a commercial certainty — though whether this will happen quickly enough to keep the rise in global temperatures under two degrees centigrade is an entirely different matter.

China has made capturing global markets in renewable energy technology a key part of its economic strategy, but the determination with which it has pursued this goal is also heavily influenced by worry about the security of its seaborne oil imports.

According to Pierre Noel, senior fellow in energy security at the International Institute for Strategic Studies, “India is also succeeding brilliantly with renewables. The policy they have put in place to auction projects has been such a success that it is being increasingly imitated across Asia.” Despite continued dependence on coal, the increase in Indian electricity demand as a result of economic growth is now being covered overwhelmingly by renewable energy.

Russians, Saudis, Qataris, Iranians and other oil and gas exporters would seem therefore to have good reason to worry about the future. As far as the security of the Middle East is concerned, the development of fracking means that the US is already not dependent on imported energy. If in addition oil ceases to be a central driver of the global economy, then the US will lose one of the chief reasons to maintain its (deeply troubled) hegemony in the region, and public desire for withdrawal among both populist Republicans and leftwing Democrats may grow. At the same time, Saudi Arabia and other oil producers may face serious internal challenges, with a consequent rise in extremism.

Subscribers can receive alerts when new content is published in this series by following ‘ World’ with myFT.

In the short term, Russia’s vulnerability to a fall in global oil and gas consumption will be masked by the precipitous and ongoing decline in North Sea energy supplies to Europe. Russia and other leading gas-producing states such as Qatar also believe that natural gas, as the lowest emitter of greenhouse gases among the fossil fuels, will remain a key source of energy even if oil and coal are abandoned — which will, however, not be the case if hopes of eliminating fossil fuels altogether by 2050 are in fact fulfilled.

Should this happen, Qatari state income will decline radically — which is why Qatar, like other Gulf states, is trying to build an economy that can survive the end of gas. The tiny size of indigenous population means that this may perhaps be possible, assuming that in the longer run climate change does not make the Gulf uninhabitable. For large states such as Russia, Iran and Saudi Arabia, the challenge is much greater.

In the long term, Russia’s huge resources of food, land and water may indeed compensate for a collapse of energy exports. In the medium term, however, with 40 per cent of its current revenue coming from oil and gas, the Russian state may face a serious crisis — as did the USSR when oil prices fell in the 1980s.

Anatol Lieven is a professor at Georgetown University in Qatar. His next book, ‘Climate Change and the Nation State’, will be published in spring 2020

Explore the Special Report
READ MORE
Do global businesses have too much power? 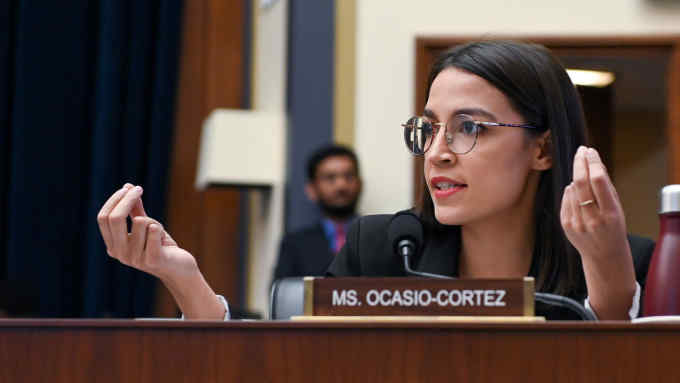