Oracle has entered the race to acquire TikTok, the popular Chinese-owned short video app that President Donald Trump has vowed to shut down unless it is taken over by a US company by mid-November, people briefed about the matter have said.

The tech company co-founded by Larry Ellison had held preliminary talks with TikTok’s Chinese owner, ByteDance, and was seriously considering purchasing the app’s operations in the US, Canada, Australia and New Zealand, the people said.

Oracle was working with a group of US investors that already own a stake in ByteDance, including General Atlantic and Sequoia Capital, the people added.

Microsoft has been the lead contender to buy TikTok since it publicly said in early August that it had held discussions to explore a purchase of the app’s US, Canada, Australia and New Zealand businesses.

Microsoft has also seriously considered a bid to take over TikTok’s global operations beyond the countries it outlined this month, people briefed on the company’s thinking have said. The Redmond, Washington-based company is particularly interested in buying TikTok in Europe and India, where the video app has been banned by Narendra Modi, Indian prime minister.

ByteDance is opposed to selling any assets beyond those in the US, Canada, Australia and New Zealand, said a person close to the company.

The entry of Oracle into the race provided ByteDance with a credible alternative to Microsoft’s offer, said one person with direct knowledge of the matter.

Twitter had also held early stage talks with TikTok, but there were serious concerns about the US social media group’s ability to finance the deal, said people briefed about the matter.

Oracle’s approach comes after Mr Trump last week ordered ByteDance to divest TikTok’s US operations within 90 days, following a recommendation from the Committee on Foreign Investment in the US, a government panel that vets foreign transactions.

Mr Trump’s order said the US had “credible evidence” that ByteDance was using TikTok, which reached 2bn downloads worldwide in 2020, to breach US security. ByteDance has repeatedly denied any allegations of improper data sharing. The US has been engaged in a trade war with China since Mr Trump took office.

Mr Ellison, one of the world’s richest people, is one of the few people in Silicon Valley who has openly supported Mr Trump. In February, the 76-year-old billionaire entrepreneur held a fundraiser for the US president at his estate in Coachella Valley, California. 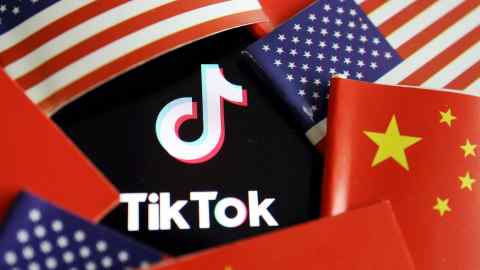 It is unclear whether the White House is more supportive of Oracle’s approach than that of Microsoft.

Any deal would face a long list of challenges, including separating the back-end technology of TikTok from ByteDance. It is also unclear how much TikTok’s US or global operations would fetch in a sale.