We use cookies (opens in new window) for a number of reasons, such as keeping FT Sites reliable and secure, personalising content and ads, providing social media features and to analyse how our Sites are used.
Manage cookies
Accept & continue
Next Act

In name only — the politics of naming rights and the arts

Museums and galleries have had their fingers burnt by past associations

Would you regard yourself as a pillar of society? If so, you can now receive public acknowledgment of the fact for £30,000, by putting your name to a supporting post — a literal pillar — at an opera house.

For this modest sum, those who want to support the arts can join the “Pillars of Society” donors at Grange Park Opera in Surrey, where a covered colonnade fashioned from three metre tall larch beams is being constructed around the main opera house.

It is a typically irreverent pitch for money from Wasfi Kani, the impresario and entrepreneur who has driven the creation of the new opera house over the past three years.

Raising £10m for the project from 2016, all from private donations and with no public funding, Ms Kani has sold naming rights to everything from opera boxes and rows of seats to the entire atrium area, named the Michael and Hilary Cowan Vestibule after a £1m donation from the City financier and his wife.

Even the toilet facilities — a separate circular building, christened the Lavatorium Rotundum — were up for grabs. Just £1,500 was needed to be a named donor on a “Call of Nature” wall, while those giving £5,000 were elevated to the status of “Royal Flush”.

Her remarkable skills as a fundraiser may give her licence to take an unconventional approach, but her imperatives are shared by any arts organisation seeking to raise money for capital projects or bolster their often precarious operational budgets. As the pressures on public funding of the arts have grown since the financial crisis, naming rights have become a mainstay of almost any major fundraising strategy.

Yet what happens when the name in question attracts negative connotations? Museums and galleries have strengthened the processes by which they decide which gifts to accept and whether an individual making a gift is suitable. But how deeply should institutions vet people when it comes to donations? And how far can well-heeled donors expect this process to go when they find themselves under scrutiny?

The most prominent recent example of tensions sparked by naming rights is the controversy over arts-related donations made by some members of the Sackler family.

Multiple philanthropic foundations have been set up in the US and UK by various branches of the family, some of whose wealth was founded on the US pharmaceutical company Purdue Pharma, the maker of OxyContin, an opioid painkiller. The company is now facing legal action in the US over the marketing of the drug, which has been blamed for contributing to the US opioid crisis.

The Sackler Trust, a UK-based donor to many of the UK’s best-known arts institutions, last month froze new gifts to cultural bodies in the country after a backlash over its connections to the OxyContin maker. The announcement came after the National Portrait Gallery agreed not to go ahead with a donation from the trust and Tate said it would decline future gifts from the Sackler family. 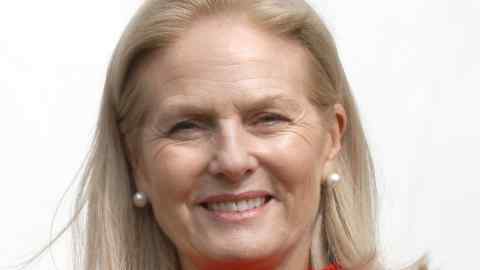 In a statement on the Sackler Trust website, Dame Theresa Sackler, chair of The trust, said: “I am deeply saddened by the addiction crisis in America and support the actions Purdue Pharma is taking to help tackle the situation, whilst still rejecting the false allegations made against the company and several members of the Sackler family.”

The press attention generated by legal cases in the US, she added, was putting “immense pressure” on institutions in the UK supported by the trust. “At this moment it is the better course for the Trust to halt all new giving until we can be confident that it will not be a distraction for institutions that are applying for grants.”

The decision to turn down money so publicly is highly unusual for arts bodies, which are typically dogged in their defence of donors. Sometimes, however, plaques must be unscrewed and names chiselled off when it turns out that philanthropists cannot deliver on their promises.

When the Floral Hall at Covent Garden’s Royal Opera House was redeveloped in 1999, the US financier Alberto Vilar pledged £10m over 10 years, leading to the structure being named the Vilar Floral Hall. But after the collapse of his investment business, the payments stopped arriving and in 2005 the Royal Opera House removed his name. Two years later, it renamed the building the Paul Hamlyn Hall, after the stalwart philanthropist whose foundation had given the opera house £10m.

Most national institutions now look to gather small donations as well as large gifts when pursuing a fundraising drive — and sometimes this can include naming rights.

The National Portrait Gallery aims shortly to complete funding for a £35m architectural revamp of its Victorian building near Trafalgar Square and in January launched a public appeal for the remaining £8m it needs.

All kinds of naming rights have been devised for the appeal: for £50, public donors can support a single piece of a new mosaic; for £2,500, they can name a step in the central section of its main staircase; or for a tidy £50,000 they can “adopt a roundel”, one of 18 Portland stone busts of artists and cultural figures adorning the outside of the building.

Nicholas Cullinan, the gallery’s director, said this crowdfunding approach allowed arts institutions to open projects up more widely and remind people of their ultimate public ownership. “Rather than just courting billionaires and multimillionaires, people who don’t have much money can be part of this and can even be acknowledged as supporting it if they choose to. It’s more democratic and inclusive.”

Nonetheless, the lion’s share of the budget has been funded by familiar names in arts philanthropy, such as the Garfield Weston Foundation. Some worry that arts institutions remain reliant on a small group of these donors and family foundations. Central banks’ money-creating strategies may have nourished the fortunes of the super-rich over the past decade and added to the ranks of wealthy potential donors, but little evidence of this new money is inscribed on UK cultural buildings.

One senior figure with a long career in the arts, who asked not to be named, said he had been surprised that more new names had not joined the family foundations — such as the Linburys, Paul Hamlyns as well as the Garfield Westons — that regularly contribute to the arts.

“I assumed over the past decade we’d raise money from the very wealthy residents in London who didn’t necessarily have a long track record of giving. But if you look at donor boards, it tends to be the same families over and over again,” he said.

Wanting to spread the message that the arts need the generosity of business and philanthropy to survive can be a reason for those that do give to put their names to their favoured projects. Lloyd Dorfman, founder of the Travelex foreign exchange group, is a well-known philanthropist whose arts largesse has resulted in the renamed Dorfman Theatre at the National Theatre and the Royal Academy Dorfman Award for young architects. The prime motive for his donations, he says, is to “put something back” after his business success, by helping a range of different causes.

“Maybe my great great grandchildren will look at this and take pride in what we did,” he says.

As the rise of social media has made it easier for activists who object to the source of an institution’s funding to go public, museums and galleries have become more systematic in their handling of donations, routing decisions about gifts through ethics committees appointed by the trustees.

This has gone hand in hand with wider concerns about the flow of illicit money through global money networks and broader financial regulations. Sir Charles Saumarez Smith, former chief executive of the Royal Academy and now a senior director at gallery Blain Southern, said the use of ethics committees at most museums and galleries to do due diligence on donors, including for naming rights, is regarded as good practice. “[It] makes it possible to assess what the risks might be in accepting funds from donors who are not already well known.”

A more nuanced concern is also raised over whether arts institutions are selling their naming rights short, allowing individuals to benefit by burnishing their own reputations at too cheap a price. This, according to a senior arts lawyer, has led to the phenomenon of “negative naming rights”, where a donor or foundation not only spurns the opportunity of putting their name on a project but makes their gift conditional on no other donor obtaining such rights.

Getting the right balance on naming rights will be critical for arts institutions over the next few years, with some noteworthy fundraising campaigns looming on the horizon in London. Those behind a new concert hall for the London Symphony Orchestra are looking to raise £288m to fund the project. The Museum of London, which it will displace, is seeking £44m to complete funding for its own new building in Smithfield, at a cost of £250m.

If their plans are to come to fruition, navigating issues around naming rights will remain a vital ingredient in their success.