The curious case of the missing wealth taxes

If ability to pay matters, levies on wealth should be as ubiquitous as on income
Martin Sandbu

It is a fundamental principle of fairness that the greatest burden of taxation should be placed on the broadest shoulders. But how do you measure that ability?

In most tax systems, ability to pay is in large part defined by income, with different taxes assessed on the number of separate income streams (income taxes, payroll taxes on wages, capital gains taxes). Other taxes are less linked to income but still assessed on money flows: consumption spending (value added tax) or financial transactions such as house sales, gifts and inheritances.

US senator Elizabeth Warren’s proposal of a US wealth tax is a reminder that it is just as natural, even more so, to measure how much people can contribute to the common treasury by their total stock of wealth as it is to judge it by their annual income flow. Regardless of income, a wealthy person can clearly afford a larger tax bill than someone with little or no wealth, let alone someone with negative wealth, or more debts than assets. (One possible problem is taxpayers with high but illiquid wealth and little income. But this is a problem of liquidity, not affordability, and there are ways to address it.)

So the same principle that justifies progressive income taxes justifies levying a progressive tax regularly on people’s wealth. Citizens acknowledge this: US polling shows much stronger support for Warren’s wealth tax plan than for alternative proposals for higher taxes. So why are income taxes ubiquitous, but wealth taxes few and far between?

In fact, a lot of countries used to have them. As late as the early 1990s, 12 OECD countries imposed recurrent taxes on net wealth — mostly personal wealth, but in some cases the net wealth of corporations rather than their owners. Net wealth taxes have, however, been abolished or are on their way out almost everywhere. In the OECD, only Norway, Spain and Switzerland look likely to have a net wealth tax in the short-term future.

Virtually every country continues to impose property taxes — taxes on real estates such as land and buildings. They are often, however, extraordinarily badly designed. The UK’s council tax and business rates, which are largely regressive real estate taxes assessed on completely outdated property valuations, are a case in point.

But these differ from proper wealth taxes in two key respects. First and obviously, wealth taxes are in principle levelled on all forms of wealth, including not just real estate but financial wealth (bank accounts, securities and so on), stakes in business activities (even if not traded in securities markets) and durable consumption goods (eg boats) and collectibles (eg artworks).

The other difference is that they are typically not net wealth taxes. These are assessed on the excess of taxpayers’ wealth over their debts, while property taxes are levied on some measure of the gross value of the property.

This is a fundamental difference. It means that net wealth taxes respect the principle of taxing according to ability in a way that property taxes do not. A hypothetical example brings out this glaring flaw of property taxes clearly. In most countries, someone who owns a house worth, say, £500,000 and owes a mortgage for 80 per cent of that value — for a net worth of £100,000 is likely to pay more tax on their wealth than someone who has £500,000 sitting in their bank account and is debt free. This is neither efficient nor fair.

Yet in practice almost all countries go with property taxes only, and the backlash against Warren’s proposal suggests the US will continue the same practice. I can think of two seemingly persuasive reasons for this irrational preference.

The first is that wherever wealth taxes have been imposed, political and economic realities have led to a rather messy application, with certain types of wealth receiving more favourable treatment than others — through exemption from the tax base or below-market valuation — based on a judgment of how socially useful it is. But this is hardly unique to wealth taxes; all taxes are, in practice, swiss-cheesed by political preferences that are well-intended in themselves but together can add up to convoluted monsters of inefficiency. But in this regard, the undifferentiated nature of Warren’s proposal is a virtue.

In the Wall Street Journal, Alan Cole seems to make the opposite claim: that Warren tax’s simplicity is “ham-fisted” because it does not accept that different kinds of wealth are best treated differently. Surely both objections cannot be right. And if Cole’s argument is valid, it merely entails that a Warren tax should be implemented with exemptions, like actually existing wealth taxes elsewhere.

The other argument is that a wealth tax cannot work because, unlike property taxes, non-real estate wealth can easily flee taxation. But this is an empirical question, which is best judged from the experience of wealth taxes in countries that have had them. That is what we will do in the next Free Lunch. 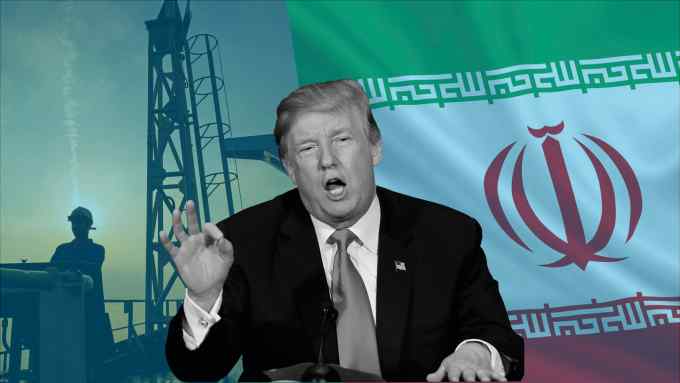 Trump offers bipartisanship to Congress but attacks senior Democrats. The Secretary of State hints at interventionism but Trump pledges to leave Syria. What is the real state of the union? Here’s the best of this week’s opinion and analysis.