We use cookies (opens in new window) for a number of reasons, such as keeping FT Sites reliable and secure, personalising content and ads, providing social media features and to analyse how our Sites are used.
Manage cookies
Accept & continue
Special Report Fintech

A few weeks before the Olympic Games started in Brazil this summer, a world record of a different kind was claimed by two small banks in Canada and Germany, when they completed a transaction that could change the world of finance.

ATB Financial, based in Edmonton, Alberta, sent C$1,000 to Germany’s Reise Bank over a platform developed by Ripple, the San Francisco-based specialist in blockchain, the shared database technology that underpins the digital currency bitcoin.

Payments have long been a backwater of finance, pleasantly profitable yet placid. Now all that is changing

The banks claimed this was the first real international money transfer using blockchain technology. It took only 20 seconds to complete, compared to the several days that most international bank transfers take to clear, underlining the technology’s potential.

Payments have long been a backwater of finance, pleasantly profitable yet placid. Now all that is changing. The trend for people to pay for more things on mobile devices, and combined with the growth of online shopping, has produced a spurt of growth in this once staid sector. The consultancy McKinsey predicts that global payments revenues will rise from $1.8tn in 2014 to $2.3tn in 2019.

However, the industry is entering a period of extreme disruption. The dominant players — the banks and credit card companies — face an uncertain future. A fast-growing group of upstart financial technology, or “fintech”, companies are lining up to challenge the incumbent payment providers by offering to meet customer demand for faster, cheaper and easier-to-use services — many of them using the blockchain.

Allied to this, regulators are ratcheting up pressure on banks to cut the juicy fees they earn from processing payments while forcing them to be more co-operative with the fintech challengers. At the same time, traditional providers of payment services are facing an onslaught of cyber attacks from an army of increasingly sophisticated hackers and digital criminals.

The rise of the “sharing economy” based on peer-to-peer services, such as Uber and Airbnb, is expected to fuel rapid growth of small mobile payments. These are already on the rise, driven by the adoption of digital wallets, such as Apple Pay, which allow consumers to pay for products by waving their smartphone over a terminal.

Juniper Research predicts that global payments using mobile devices or wearable technology will be worth $95bn annually in 2018, up from $35bn last year.

Bo Nilsson, chief executive of Nets Holding, the Nordic payment processor, which recently announced plans for a public listing, says: “We continue to see cash being converted into digital payments, such as with new contactless payments. We expect 70 per cent of commerce in dollar terms to be in digital payments in a few years.”

As consumers carry out more financial transactions on their mobile devices, banks are responding by making it easier for them to transfer money quickly. In the UK, for example, the main lenders have launched Paym, a service allowing people to pay someone using only their mobile number. More than 3m users have signed up so far. 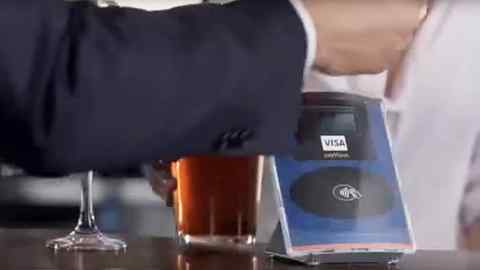 Cross-border payments are still a costly and time-consuming exercise for the most part, both for individuals and companies. Marcus Treacher, head of strategic accounts at Ripple, says: “The payments industry is revving up, but it is stuck in second gear because it is being held back by the antiquated banking system.”

This has prompted scores of fintech groups to spring up, offering cheaper and faster ways to transfer money overseas via online services. Perhaps the best known in Europe is TransferWise, which has been doubling in size each year and is now handling more than $1bn of payments each month.

Some banks are responding to the rapid growth of these fintech companies. Barclays recently struck a deal with the Commonwealth Bank of Australia that will allow customers to send payments between the two countries using only a mobile phone number.

Rachel Nash, the UK head of financial services at NCR, which operates thousands of ATMs and provides payment software to banks, says: “It is all about a seamless customer experience. Transferring money across accounts really easily, that is what customers are starting to expect now.” 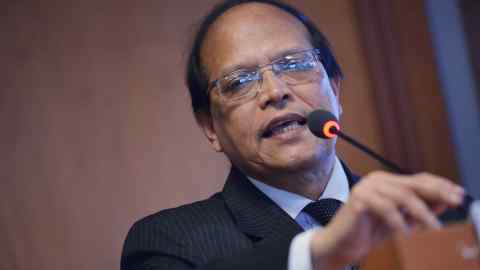 While innovation is flourishing in the payments sector, it is increasingly under attack from cybercriminals. In the UK, the latest official figures showed that more than half the 3m cases of bank fraud came through the internet. Similarly, a group of hackers stole up to $1bn from about 100 financial institutions over a two-year period, according to researchers at internet security group Kaspersky Lab.

One of the most high profile incidents resulted in cyber criminals making off with $81m from the Bangladeshi central bank in February, exposing a weakness in the security around the Swift international payments network. Several similar cases, some of which were successful, have since emerged at banks in Vietnam, the Philippines and Ecuador.

The industry is also under fire from regulators, which are stepping up their efforts to inject more competition into a payments industry that has long been dominated by the big banks.

Earlier this year, the largest British banks sold Vocalink, which processed more than half the country’s payments last year, to MasterCard in a £700m deal. The UK’s payments watchdog had called for the business to be sold to increase competition in the sector.

In Europe, the banks are braced for the arrival of the Payments Services Directive 2, which is due to require lenders to open up access to the data of their clients to third party service providers in a bid to boost competition and stimulate innovation in the sector. 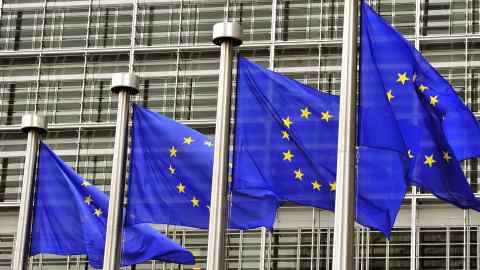 Once these third parties gain customers’ permission to access their accounts they could handle payments and offer tailored financial advice.

For the banks, this could prove critical. It would enable companies such as Google, Amazon or Facebook to aggregate all of a person’s financial information from different accounts into a single site and then provide payment services directly from this portal. If banks do not respond quickly, they risk becoming the “dumb pipes” that handle the plumbing of the financial system, while all their customer interaction is stolen away by more technologically adept rivals.

As Accenture put it in a recent report: “This scenario would present a significant threat to incumbent banks by acting as a virtual consolidation of the fintech industry . . . With less customer data, the banks would enter a negative feedback loop in which their ability to compete would steadily decline, eroding a key competitive advantage that banks currently enjoy through their wealth of customer data and insight.”