We’ll send you a myFT Daily Digest email rounding up the latest Asia news every morning.

Parker’s first day at work at the law firm Norton Rose Fulbright in Australia involved 1,000 conversations with potential clients. Even the most super-energetic young lawyer would normally manage only a fraction of that but Parker is, of course, a chatbot — a computer program that simulates human conversation.

The new recruit is a prime example of how law firms in Asia-Pacific are experimenting with artificial intelligence to improve efficiency.

Chatbots, which use AI to answer simple questions from people wanting to learn more about a subject, are already being adopted in industries ranging from banking to medicine.

Now they are making headway in the legal profession as a way to answer basic questions from clients and free up lawyers to deal with more complex matters. In some cases, the users are consumers who cannot afford legal advice. One of first legal chatbots was DoNotPay, which was developed by the Stanford University student Joshua Browder and has saved thousands of motorists a total of $13m in parking fines.

Parker is the first Australian law firm chatbot developed to give basic answers to questions about changes to the law on data protection and privacy and is aimed at businesses dealing with the new legislation that came into force in February. The law says that companies must notify customers about data breaches or face fines of up to A$2.1m.

The chatbot was developed in-house by Nick Abrahams, the global head of technology and innovation at Norton Rose Fulbright, and the technology and privacy lawyer Edward Odendaal, who has an interest in coding. The aim of the chatbot was to provide an alternative to billing customers by the hour for lawyers to answer even basic questions such as “How do I deal with a data breach?”.

Mr Abrahams is dismissive of a popular notion that all lawyers should be able to code. In fact, he says that Parker — the gender-neutral name was chosen through crowdsourcing — was developed with minimal input from IT but using IBM’s Watson AI platform and natural language processing.

“The tools are quite intuitive now,” Mr Abrahams says. “Lawyers who like coding? That’s great — but they don’t need to be able to code.” Most of the knowledge and expertise needed to develop the bot was legal knowledge of the subject with only a small amount of technical programming expertise required.

Parker enables clients to ask questions, before directing them to three fixed price legal advice packages if they need more detailed information. It was responsible for selling A$15,000 of different types of advice in its first 24 hours.

We are talking about discerning and intelligent people . . . They just want to understand the risk

Mr Abrahams was considering how the chatbot could be rolled out to other jurisdictions implementing data privacy laws, such as the UK bringing in the EU’s General Data Protection Regulation (GDPR), when he was contacted out of the blue by Kerri Crawford, another Norton Rose lawyer, who had watched a corporate webinar. Based in South Africa, she had built an extension for Parker. “She only told me when it was nearly completed . . . I saw it and thought it was amazing,” he says.

Mr Abrahams is looking at developing chatbots for use by in-house legal teams to enable them to answer standard, but time-consuming, questions from people within their businesses. There are questions such as who has the authority for sign-off in certain situations. “Sometimes these answers are contained in policy documents but it’s easier to ask the in-house legal team,” he says.

Chatbots are one example of firms adopting technology. Over the past five years law firms have taken up cloud technology and some automation of documents, both of which have become mainstream. The firms are exploring more sophisticated uses for AI and blockchain. 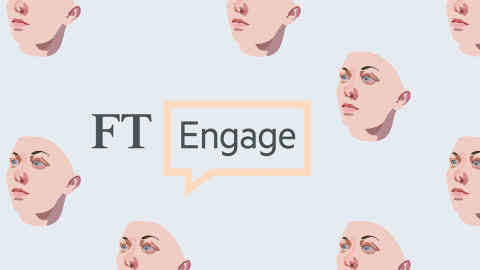 Jodie Baker, an entrepreneur in Melbourne specialising in information and technology services, believes that the mass adoption of more sophisticated technologies by the legal profession is a few years down the line.

Yet the pressure to “do more with less” means that lawyers are willing to adopt technology even if they are not always early adopters, says Ms Baker, the founder of Xakia Technologies, which provides software for in-house legal teams. Ms Baker is also deputy chair of the Australian Legal Technology Association.

The legal sector may be built on precedent and patterns of behaviour, she says, “but we are talking here about discerning and intelligent people . . . They just want to understand the risk”. Law firms are more likely to be enthusiastic when they can see efficiency savings after routine work has been automated.

When Australian law firm Ashurst wanted to improve efficiency, it focused on the most mundane work, particularly so-called transaction bibles compiled by junior lawyers working on M&A. The bibles contain copies of key papers and contracts, but collating them is long and tedious. Each can take seven hours and often that time was not billable or was carried out by a young lawyer charging A$250 an hour.

“It often is the last thing young lawyers ever want to do with their career,” says Jamie Ng, a partner in Sydney. The firm built an automated index that interacts with its document management system and cut the time taken to minutes. Staff who do not earn fees have taken on the work — freeing up the lawyers.