We use cookies (opens in new window) for a number of reasons, such as keeping FT Sites reliable and secure, personalising content and ads, providing social media features and to analyse how our Sites are used.
Manage cookies
Accept & continue
Opinion Workplace diversity & equality

How women can demand a higher salary

May 1, 2016
Jump to comments section Print this page

The use of silence is a negotiation tactic to get the other person to tell you the reasons for their requested salary. I did not expect that she would drop her amount twice within seconds.

This experience is not unusual and there are times when women agree their salary and get a lower deal than men. But what stops women from effectively negotiating their pay packet?

There are several theories, including that women fear negotiation damages their relationship with the interviewer, who could be their future boss.

According to research from Carnegie Mellon University and Harvard Kennedy School, when women do ask for higher compensation they make smaller requests than equally qualified men. Women tend to think that asking for what they perceive as a “realistic” target is a good idea. In fact this is not true. When asking for smaller amounts, they get what they ask for — a lower rise.

Women also suffer from cultural stereotyping. While men are seen as self-oriented, women are expected to be oriented towards others. This means that some hiring managers may not be open to seeing a woman who is willing to fight for the salary she wants and who is assertive.

So what can women do to address this imbalance?

First, research the market and know what your skills and knowledge are worth. The more you know about what other organisations pay, the better you will negotiate.

It is important to know what your peers with similar skills, both male and female, are earning; considering that women, on average, make less money than men, if they are comparing themselves only with other women then they are already using a lower benchmark.

Negotiate collaboratively. The trick here is to look at a salary negotiation as a joint problem-solving exercise. If the salary does not meet your expectations, then find out from the hiring manager what other compensation could be offered. 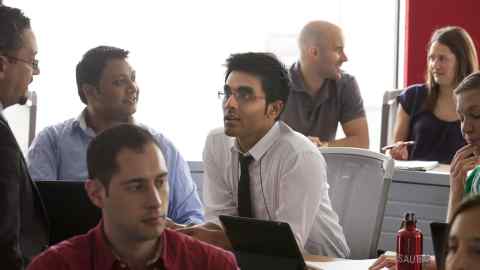 Perhaps you want a salary of $100,000, for example, while the company is offering only $95,000. You could say something like: “I am very happy about the opportunity to join your company and understand that because of your salary band and company policy, you are only able to offer me $95,000. I believe $100,000 reflects my abilities and the value I can bring to your company. What would you be able to offer me in terms of benefits to bridge this gap?” This approach enables you to negotiate effectively, while remaining on good terms with the employer.

But getting more money is not the only benefit. When you negotiate successfully for a new salary or a rise, you may experience several positive effects.

You will be perceived as more professional — negotiation is a key skill that an employee should have. You are also likely to increase your compensation, not just once, but also over time.

According to the book Women Don’t Ask by Linda Babcock and Sara Laschever, a study of MBA students graduating from a prestigious US business school found that men negotiated on average a 4.3 per cent increase on an original pay offer, while women secured a 2.7 per cent rise. Not a huge difference, but the picture changes over the course of a career. If, year after year, men and women negotiate similar increases, at the end of their career women would make about $110,000, men $214,000 — almost double the money.

As you increase your compensation, you are more likely to get promoted. Companies generally believe that employees who are paid more are better employees, a bit like we believe a more expensive bottle of wine is a better wine. It is common practice in multinational companies (I worked atP&G, Novartis and Merck) to make a correlation between high compensation and high potential.

As more women get promotions, we may start changing our society and create a more balanced share of leadership roles between men and women.

So, next time you are considering whether or not to negotiate your salary, remember that you are not doing it only for yourself, you are doing your bit to make a better world.

What happened to the woman in the interview who negotiated her salary?

Giuseppe Conti is a director of contract manufacturing at Merck, a negotiation trainer and regular lecturer at European business schools