Technology bolsters US dominance of the list, but coronavirus fallout looms large

The inaugural FT Americas ranking comes at a perilous and uncertain time for many companies, as the coronavirus severely curtails economies, workforces and ultimately growth.

Yet the ranking also highlights 500 businesses across the continent for whom innovation and creativity have paid off — attributes that will underpin resilience and enable many of them to thrive once the worst effects of the pandemic are behind them.

The FT list was compiled with Statista, a research company, and ranks entrants from across the Americas by compound annual growth rate (CAGR) in revenue between 2015 and 2018.

The technology sector, led overwhelmingly by the US, accounts for a quarter of the overall list, followed by support services (9 per cent) and financial services (7 per cent). The ranking is not a reflection of the size of each country’s economy, but rather a function of the dynamism of a given market and, importantly, the willingness of its companies to be candid with their results. Brazil, for instance, featured fewer companies on the ranking than Colombia. Nearly nine in 10 on the overall list hail from the US and Canada alone.

The top three companies include a developer of augmented reality and video games, a robotics and artificial intelligence company and an advertising business that enables publishers to auction online ad space in real-time. None of these companies — all from the US — had a 2015-18 compound annual growth rate below 600 per cent.

The full report featuring case studies and analysis from this year’s ranking is here.

So what insights can be gleaned from focusing on businesses that have been growing at hyper speed — especially when the coronavirus pandemic has just thrown economies across the globe into unprecedented turmoil, and even strong companies fear for their survival?

Readers can use the toggles at the top of the table’s columns to filter by country, sector or revenue, helping to sharpen their impression of where high-growth businesses have flourished most. Investors can use the list as they research which companies are likely to prove resilient over the next couple of years.

Switch from CAGR to 2018 revenues, for instance, and household names such a Tesla, Netflix, Uber and PayPal rise to the top of the table. These established businesses are also among a group of just 36 of the overall 500 that are listed on an exchange.

As a sizeable chunk of fast-growing companies tend to be privately held and detailed financial information not made public, a ranking such as this can never claim to be complete. Yet the fact that about 90 per cent of the companies featured here are unlisted — and that the screening process was rigorous (please refer to the methodology below the table) — means the ranking offers readers a glimpse into the black box that is private companies.

Scroll below the interactive table for the full methodology.

* Companies marked with an asterisk had less than 12 months of revenue in the 2015 financial year, but still passed $100,000 revenue.

** Companies marked with a double asterisk have been acquired since the end of the relevant timeframe.

The FT Americas’ Fastest Growing Companies 2020 is a list of the top 500 companies in the Americas that have achieved the highest growth in revenues between 2015 and 2018.

The ranking was created through a complex procedure. Although the search was very extensive, the ranking does not claim to be complete, as some companies did not want to make their figures public or did not participate for other reasons.

The project was advertised online and in print, allowing all eligible companies to register via the websites created by Statista and the Financial Times. It was additionally promoted through the South American edition of El País. In addition, through research in company databases and other public sources, Statista has identified tens of thousands of companies in the Americas as potential candidates for the FT ranking. These companies were invited to participate in the competition by post, email and telephone.

The application phase ran from October 1 2019 to January 31 2020. The submitted revenue figures had to be certified by the CFO, CEO or a member of the executive committee of the company.

To be included in the list of the Americas’ fastest-growing companies, a company had to meet the following criteria:

• Revenue of at least $100,000 generated in 2015 (or currency value equivalent according to the average of the actual fiscal year).

• Revenue of at least $1.5m generated in 2018 (or currency value equivalent according to the average of the actual fiscal year).

• The company is headquartered in one of 20 American countries.

The absolute growth between 2015 and 2018 was calculated as follows:

In addition, Statista included some well-known companies noted for their remarkable growth (four in total). The data has been collected via desk research in official sources like publicly available earning presentations, investor relations websites or annual reports.

The minimum CAGR required to be included in the ranking this year was 18.2 per cent. 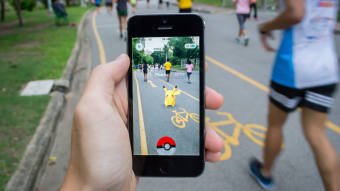