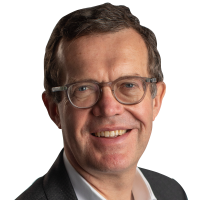 Michael Stott is the Latin America editor of the Financial Times based in London. He was previously in Tokyo as managing editor of the Nikkei Asian Review, a sister publication covering Asian business and politics. Prior to that he was the FT's UK news editor.

Michael reported from Latin America between 1990-1998, living in Brazil, Colombia and Mexico. Formerly Moscow bureau chief and Editor, Europe, Middle East and Africa at Reuters, he joined the FT in 2014.

Michael graduated from Cambridge University with an MA in Modern Languages and speaks fluent Spanish, Portuguese, French, German and Russian.