James Politi in Washington and Tom Mitchell in Beijing

China is refusing to budge on US demands that it relax its restrictions on digital trade — a priority for America’s largest technology companies and one of several remaining obstacles to an agreement between Washington and Beijing.

According to three people briefed on the talks, China has yet to offer meaningful concessions on US requests that it end discrimination against foreign cloud computing providers, curb requirements for companies to store data locally, and loosen limits on the transfer of data overseas.

The impasse over digital trade is among the issues expected to be on the table when Robert Lighthizer, the US trade representative, and Steven Mnuchin, the Treasury secretary, travel to Beijing on March 28 for meetings with Liu He, China’s vice-premier and leading economic official. Mr Liu is expected to return to Washington the following week, and the two sessions combined could be pivotal for the fate of the talks.

Should they be successful, a final deal could be in store between Donald Trump, the US president, and Xi Jinping, the Chinese president, as early as late April. But should they fail, an agreement could be delayed, adding to global uncertainty, or the negotiations could collapse entirely and tariff escalation could resume, dealing a blow to financial markets and the global economy.

In recent weeks, some officials and observers have grown concerned with signs that the talks may be stumbling even though Mr Trump has said they have continued to go well. The US is trying to persuade China to make big purchases of its exports and change some core policies, from the widespread use of industrial subsidies to the lax protection of intellectual property and the practice of forcing companies to hand over sensitive technology to do business in the country. 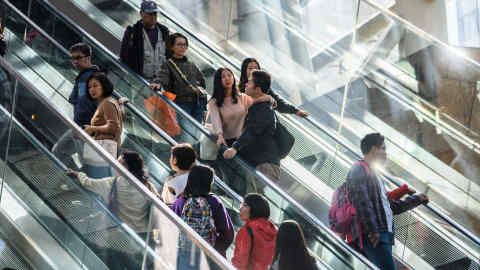 The biggest sticking points remain existing US tariffs on Chinese goods, which Beijing wants to remove and the US wants to preserve, at least partially, as well as a scheme to ensure any deal is enforced. While the US wants the freedom to impose punitive tariffs on Beijing if it believes it is not compliant with the pact, a US demand that China refrain from retaliation has not been accepted.

On digital trade, one person familiar with the talks suggested China had made an initial offer that was not judged to be sufficient by the US administration, which wanted more concrete pledges, and Beijing retracted the offer. Mr Lighthizer’s office, and a White House spokesperson, declined to comment.

Large US technology companies have long complained that China imposed undue restrictions on their ability to operate independently and effectively in the country. They see the negotiations as a chance to resolve key grievances.

On data, China has proposed regulations allowing data to be transferred abroad only if it is under a certain size, does not include sensitive and personal information, and is agreed to by the customer each time. On cloud services, foreign companies are currently required to have a Chinese partner to obtain a licence and effectively run their business in China — and foreign providers cannot use their own brand name.

“Foreign cloud servicers are pretty much cut out of the market but China gets the benefit of their well developed business model and technology so that’s something we would like to see go away,” said Naomi Wilson, senior director of policy for Asia at the Information Technology Industry Council, which represents the biggest Silicon Valley companies in Washington.

But making it easier for US technology firms to operate in the Chinese market could be hard to swallow in Beijing. “USTR can push as hard as it wants on these digital issues, but the Chinese may not budge — they are not going to agree to anything that looks like they capitulated,” said one business lobbyist following the talks.

As talks became bogged down in mid-January, Chinese officials signalled that some liberalisation in the sector might be possible. Shortly afterwards, however, Mr Xi convened a high-profile meeting to warn about foreign and domestic “threats” to China’s social stability, reducing his trade negotiators’ room for manoeuvre.

The tensions between the two countries over Huawei, the controversial Chinese telecommunications network company that has been attacked by the Trump administration as a security threat, could be problematic as well. “It doesn’t make sense for Beijing to give on this while we have this global campaign to block Huawei,” said Samm Sacks, a cyber security and China digital economy fellow at the New America Foundation. “Why on earth would China say: ‘Hey, let’s open up for more cloud services in China?,” she said. However, she added the Chinese might be more open to compromise on data flows, given that some of China’s expanding global companies are looking for ways to transfer data abroad.

On the US side, it is unclear whether the Trump administration will go out of its way to favour the agenda of big technology firms, given the political backlash in the US against them from both Republicans and some Democrats. However, in the renegotiation of Nafta with Canada and Mexico, Mr Lighthizer mostly secured what the US technology sector was looking for.

Silicon Valley remains a key component of corporate America, so failing to win it any gains could weaken the enthusiasm for any deal among some business leaders and politicians. “The US negotiators had better get as much as they can or the deal will be ripped apart,” said another business lobbyist following the negotiations.