We’ll send you a myFT Daily Digest email rounding up the latest Stablecoins news every morning.

The writer is an economics professor at Rutgers University

One of the great misnomers in the crypto world is stablecoins. These digital assets are meant to provide a safer exposure to crypto, with coins pegged to stores of value such as the dollar or gold to limit price fluctuations and facilitate transactions.

But they are far from stable. My research has shown 2016 and 2019 vintages of new stablecoins had failure rates of 100 per cent and 42 per cent respectively. The problem for broader financial stability is that even the successful coins that have seen explosive growth have flaws.

The Biden administration has recognised the risks and a working party advising the US government this month issued a series of recommendations it says are urgent given the rapid expansion of the sector.

There are five stablecoins with market capitalisations of more than $5bn — Tether, USD Coin, Binance USD, Dai and TerraUSD. Overall, there are about $140bn of stablecoins outstanding. If ranked purely by asset size, the market would be equivalent to a top 30 US bank.

Stablecoins were used in $1.77tn of transactions in the second quarter of 2021. While this turnover is still less than 10 per cent of the $18.4tn of payment volumes in the same quarter through Automated Clearing, the main system for US electronic fund transfers, stablecoin transactions have grown more than 1,100 per cent year over year.

A primary issue of concern is transparency and quality of collateral for stablecoins. If doubts about the securities backing the coins trigger a rush of redemptions, that could damage the entire payments mechanism as well as the prices of assets such as Bitcoin and Ethereum with a combined market capitalisation of more than $1.5tn.

Tether, the stablecoin leader with about $75bn in coins, has been accused in the past of making misleading claims about the assets backing them. Last month it agreed to pay a $41m penalty to resolve a charge by a regulator that it had falsely represented that its digital tokens were fully backed by dollars. Earlier this year Tether and a linked exchange Bitfinex also agreed to pay an $18.5m penalty after New York’s attorney-general accused them of covering up “massive” financial losses.

The backing of USD Coin, a stablecoin leader launched by a consortium including cryptocurrency exchange Coinbase and technology firm Circle, has also come under scrutiny. The Coinbase website has claimed in the past that each coin was backed by dollars held in government-backed US depository institutions. It now says its coins are “backed by fully reserved assets”.

Dai backs its stablecoin with collateralised debt positions in Ethereum network assets but, according to data from CoinMarketCap, it appears to have deviated from its peg during rapid changes in Ether prices. Dai — which should trade at par with equivalent of $1 of asset backing — fell below $0.97 on February 20 2020 and rose as high as $1.11 on March 13 2020.

The Biden administration report recommends that stablecoin issuers become institutions covered by insurance from the US Federal Deposit Insurance Corporation. While a few coins such as Binance USD are partially collateralised by bank deposits backed by FDIC, current law may only protect the issuers, not the coin holders.

There are additional risks to the stablecoins aside from collateral. Turbocharged by high-frequency trading, there is more than $100bn in daily turnover of Tether on exchanges. That is a level comparable with the trading volume of the NYSE. 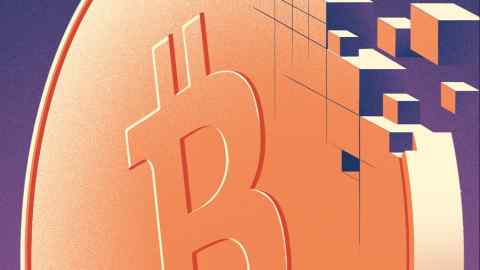 Unfortunately, the infrastructure for stablecoin trading is not as robust as some might hope. The two largest exchanges, Binance and Coinbase, had platform outages on May 19 when China banned most crypto payments and Bitcoin prices fell more than 30 per cent. Investors have little regulatory protection from the fallout of such incidents.

There are also risks as the number of stablecoin blockchains diversifies. Most stablecoins originated on the Ethereum network. But fee rises on that are spurring the migration of tokens on to other platforms. Median fees for transferring holdings on the network have risen more than 3,500 per cent for Tether year over year. This is because fees are priced in Ethereum, and its price jumped from $226.31 to $2,274.55 in the year to June 30.

The payments mechanism needs to be modernised and blockchain technology that underpins cryptocurrencies made more secure and cheaper. A central bank issued digital currency with major financial institutions as intermediaries can accomplish these goals.