Subscribe now
News review: The most read stories of 2017
See all 11 stories
Opinion Inside Business

Assuming that prime minister Theresa May does as she says she will and invokes Article 50 of the Lisbon treaty next month, one consequence will be the need for what has been dubbed the “Great Repeal Bill”.

This in itself is something of a misnomer. Far from repealing anything (other than, in due course, the fact of Britain’s EU membership), the statute in question will principally consolidate into UK law a vast array of European legislation, including that which presently exists only as non-statutory rules and judgments.

According to the House of Commons library, some 13 per cent of all primary and secondary legislation between 1993 and 2004 was EU-related. Add to that the rabbit-like explosion of subsequent laws, regulations and rulings, and you start to get some sense of the scale of the task involved.

Making sense of this mountain is one thing, but behind that already daunting task lies an even bigger challenge, which is how to remould the imported “acquis” so it serves the UK economy after the country leaves the EU. That means deciding which laws to change — and then amending or deleting them. It may also mean writing new ones, or creating fresh institutions to fill any voids the country’s exit leaves behind.

To do so will require hard choices about the direction the UK wishes to move in. So far, this is a subject on which the government has been curiously silent, aside from a public promise by Mrs May to leave workers’ protections unaltered, and a somewhat contradictory remark from the chancellor, Philip Hammond, to a German newspaper. In this he indicated the UK might consider changing its whole social and economic model were its negotiations with Brussels not to bear fruit.

Something more strategic is called for. The government needs, for instance, to determine how far it is willing to use this opportunity both potentially to redesign Britain’s regulatory system, and also to reshape the way it bears on the UK economy.

There is certainly a case for decluttering that goes beyond smoothing the bumps and turbulence of exit. Standing still is not really an option. It makes little sense for a Britain that has just recovered its regulatory sovereignty to stick blindly with its inheritance of EU rules and laws.

Then there is the question of the financial burden. While the full cost of national and European regulation can be overstated, it is both large and growing, and was estimated by the Association of European Chambers of Commerce in 2009 to be some 12 per cent of gross domestic product. True, many of these measures may be sensible and their costs proportionate. But that is high compared with the US where the relevant figure is closer to 10 per cent.

And lastly, there are the gains that come from more appropriate regulation. That means re-engineering what are “one-size-fits-all” measures so they fit better with the UK’s national or even geographic circumstances. There are plenty of these to choose from, such as in the financial sector where small domestic lenders or insurance companies are subject to a host of EU legislation that is really designed for larger systemic or cross border companies.

Take also the energy sector, where measures such as the EU’s renewables directive sit on top of the UK’s climate targets. This separately sets out the proportion that must come from specific technologies such as hydro, solar and wind, irrespective of the country’s natural endowments.

In both cases a measure of liberalisation could not only save compliance costs in the short term, but also unleash innovation that would spur longer-term growth.

Seizing these opportunities will take more than simply appending the odd clause to the Great Repeal Bill, or some analogous legislation. It will require the government to find a mechanism for reviewing and amending this great new wodge of laws that commands the confidence of parliament, and to consult with business on which changes to opt for. On top of that, and perhaps more important, Mrs May and her ministers must find the language that persuades an electorate for whom the very concept of deregulation can tend to bring it out in hives.

Britain’s prime minister sometimes gives the impression of wishing to subordinate everything to having a totally free hand in negotiating Britain’s exit from the EU system — as if this was some freestanding task independent of all other considerations. But domestic politics and its imperatives will not stand still during what will be a multiyear process.

Nor will it be easy to know how to play Britain’s hand in Brussels should the country’s leaders not know what they want to happen when exit is achieved. 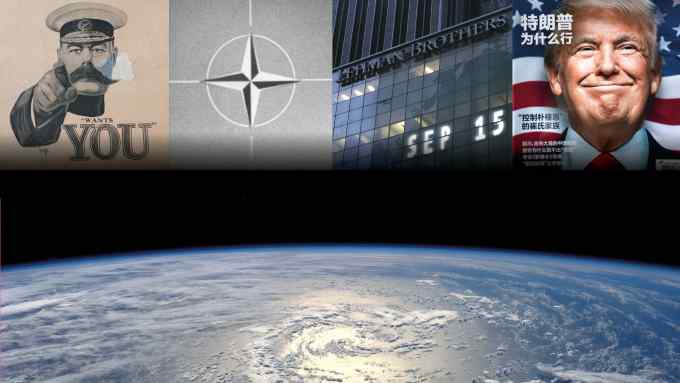