Person in the News

Lionised and revered in opposition, she has been much wobblier in power
John Reed 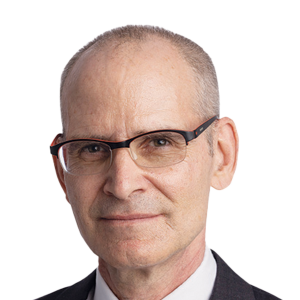 As pillars of smoke rose from Rohingya villages burning in western Myanmar, Aung San Suu Kyi this week finally broke her silence on a humanitarian crisis that has uprooted more than a quarter of a million people and laid waste to her reputation.

In equivocal language, the freedom fighter and de facto leader of Myanmar said her government was committed to defending the human rights of “all the people of Rakhine”, the state engulfed in some of the worst violence since the country’s transition from military rule began in 2011. Terrified refugees streaming into Bangladesh told stories of shootings and the torching of homes by security forces and vigilantes.

Aung San Suu Kyi declined to mention by name the mostly Muslim Rohingya bearing the brunt of the violence. Instead she accused the media of faking news reports and building an “iceberg of misinformation”.

This came after a week in which protesters in Pakistan set a picture of the Myanmar state counsellor’s beaming countenance alight and Turkey’s president Recep Tayyip Erdogan accused the country of “genocide”. Malala Yousafzai and Desmond Tutu, Aung San Suu Kyi’s fellow Nobel laureates, all but scolded her to speak up on the Rohingyas’ behalf. A petition calling for her to be stripped of her 1991 peace prize had garnered nearly 400,000 signatures as of Friday.

The scorn heaped on Aung San Suu Kyi seemed to mark a turning point for a woman who for decades enjoyed the admiration of the western world and the long-format ministrations of an adoring press, many of whom compared her to Gandhi and Nelson Mandela. With her trademark sarong and jasmine flower in her hair, she remains one of the world’s most recognisable people and an embodiment of hope for Myanmar’s political transition.

Now Aung San Suu Kyi seems preternaturally out of touch with world opinion. On Thursday, she said it would be “a little unreasonable” to expect her government to solve Rakhine’s problems after just 18 months in power. “We have to take care of our citizens, we have to take care of everybody who is in our country, whether or not they are our citizens,” she said, referring to Myanmar’s policy of rendering most Rohingya stateless.

The received wisdom is that she is powerless to contain the military, which holds on to three key ministries. “You cannot blame her because of the army,” says Win Htein, a stalwart of her National League for Democracy. Even some of her harshest critics acknowledge that it is the military men that should be called to task.

If this week felt like a defining moment for the reputation of the 72-year-old leader of Myanmar, perhaps it should not have. Aung San Suu Kyi has long echoed the official line that the Rohingya are “Bengali” nationalists being stirred to sedition by “terrorists”. Burmese nationalism and Buddhist extremism have surged with democratisation and the spread of communication technology in the former pariah state.

Yet even as Aung San Suu Kyi was being savaged abroad, some hardliners at home see her as too soft. Social media — possibly whipped up by the military — criticised her for being weak in the face of outside pressure over what they see as a Muslim insurgency in Rakhine. “It’s a total mirror image of outrage, and she is caught between these two views,” said one western diplomat in Myanmar.

The conflicting forces buffeting her are in keeping with a woman who grew up in two worlds, wreathed in privilege in both. Born in Rangoon (today Yangon) in 1945, her father was assassinated when she was two. As a child, she was educated at Christian schools in Burma and India, where her mother was ambassador, then at Oxford, where she met her future husband, the late Michael Aris.

In 1988 she returned home to tend to her ailing mother, then was swept up in unrest against the ruling junta. This coalesced into the NLD, which seized on the photogenic daughter of Aung San, who is revered as a father of the nation. She lived for years in and out of house arrest, becoming the figurehead of an international solidarity movement.

After playing a key role in negotiations to end military rule, Aung San Suu Kyi led the NLD to victory in elections in 2015. Emerging from opposition as a revered but untested leader, she has been wobblier in power, providing little direction in key areas such as the country’s struggling economy. When journalists who had lionised her in captivity hit her with tough questions over Myanmar’s poor human rights record, her clipped responses have sounded thin-skinned or tin-eared.

With Rakhine in flames, Aung San Suu Kyi’s honeymoon period in power has been short. Myanmar now faces a full-blown crisis that, according to António Guterres, the UN’s secretary-general, risks fuelling more grievances. Western donor nations built Aung San Suu Kyi up; the flaws of this strategy, and of this person, have been on display this week. Tough times lie ahead for “the lady” as she seeks to drive a middle course between her own people, many of whom are in an unforgiving mood about the Rohingya, and the outside world.

The writer is the FT’s Bangkok correspondent. Additional reporting by Michael Peel