Walmart has long aspired to replicate its US dominance outside its home market, and targeted its international expansion on countries where it believed it could become the number-one or number-two player. Its results are patchy at best.

In the UK, Asda stubbornly played third-fiddle to Tesco and Sainsbury’s, almost 20 years after Walmart bought it — and so it is retreating.

But it is not just trimming exposure to the UK, with its fiercely competitive grocery market. It is also overhauling plans in Brazil and India, focusing on the fastest-growing international opportunities and working to shore up its home base in the face of intense new rivalry from Amazon in ecommerce.

Earlier strategic retreats from Germany and South Korea reveal how the Arkansas-based retail behemoth has failed to duplicate its cheap-price, high-volume formula in a swath of countries.

“Not everything Walmart does is a raging success. What the company has been adroit in doing is recognising the pain and moving on,” said Charlie O’Shea, retail analyst with Moody’s. “UK food is tough and deploying resources almost anywhere else probably has a greater chance of success.”

Bernstein analysts called it a “gentle withdrawal out of the UK”. Walmart is ceding control of hundreds of UK stores through the merger of Sainsbury with Asda, a deal under which it will emerge with a 42 per cent stake in the combined company.

The agreement shows that Walmart is being “a bit more realistic about global expansion”, said Bryan Roberts, director at TCC Global, a consultancy.

Walmart learned some very hard lessons . . . about being over-controlling and too cookie-cutter about global retail

The company is also reportedly in talks to sell a majority stake of its Brazilian business. Instead of duking it out with local players, the company is now partnering with them and trying to narrow its focus. Recent financial results show why.

Walmart’s international business makes up about a quarter of its $500bn annual revenues, from about 6,300 stores outside the US but sales have been hit in recent years by exchange-rate fluctuations, the cooling of Brazil’s economy and the steep discounting war in the UK.

Walmart has admitted to being too hasty overseas, rushing to expand in fast-growing markets such as China and Brazil where it has battled to convert shoppers to its trademark low prices. The company exited Germany and South Korea in 2006, while it has spent a decade trying to crack the Indian and Brazilian markets with little success.

“Walmart learned some very hard lessons in markets like South Korea and Germany about being over-controlling and too cookie-cutter about global retail,” said Mr Roberts. “Walmart is obviously re-evaluating its stance on global businesses, and looking to correct.”

The retailer signalled a revamp earlier this year when it promoted Judith McKenna in January to run the international business, replacing David Cheesewright, who had held the job for the past four years. Ms McKenna, a Brit, was a longtime Asda executive, serving as the UK subsidiary’s chief operating officer and chief finance officer. 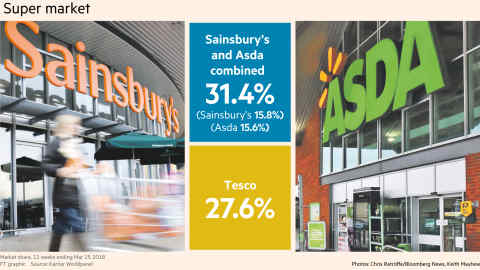 In India, Walmart is looking to reset its decade-long quest to break into the top tier of retailers. After entering the country in 2007, the company’s growth has been weighed down by complex regulations that prevented it from quickly opening retail stores, as the Indian government looked to protect local suppliers.

Walmart is shifting its strategy to online retail, and nearing a transaction to take a majority stake in Flipkart, the dominant Indian ecommerce group. Such a deal would see it go head to head with Amazon for the $50bn Indian ecommerce market.

The retail giant could also benefit from diverting its attention back home, says Mr O’Shea of Moody’s. In US ecommerce, Amazon is building the same sort of dominance Walmart enjoyed in brick-and-mortar retailing for two decades, and the challenge Walmart’s own online business has been mounting to Amazon appears to have stalled.

In Walmart’s latest earnings results in February, a sharp slowdown in US ecommerce sales spooked investors and Walmart shares have fallen more than 17 per cent in the past three months. In that context, the re-evaluation of the international business looks to have gained urgency.