Companies beware the cult of community

Some of the most remarkable scenes in Chernobyl, the HBO/Sky drama about the 1986 nuclear disaster, involved sacrifice. Firefighters, soldiers, nurses, doctors, scientists and ordinary citizens exposed themselves to sometimes fatal doses of radiation as they fought to limit the impact of the meltdown on their wider community. Not all knew about the dangers, and many of those who did were pressed into assisting at gunpoint.

“This [disaster] could have only happened in the Soviet Union,” screenwriter Craig Mazin suggests in the series podcast, because of the communist empire’s dysfunctional culture. At the same time, he says, “only the Soviet Union could have solved this problem” because “it was understood that you were part of a collective and you were there to support your fellow man and your fellow woman”.

The sense of “belonging” and shared effort that underpins any successful community is a powerful force: it is no wonder companies have been quick to adopt the term. An inclusive company encourages a sense of belonging among all staff — and increasingly among customers too.

In 2017, Facebook founder Mark Zuckerberg, assailed by criticism of how the social media group had facilitated fake news and election-rigging, recast its purpose. Its new mission is to “give people the power to build community and bring the world closer together”.

‘Belonging’ at work can become slightly creepy, even cultish. I draw the line at describing office friends as ‘family’

As the Chernobyl experience suggests, the community fad has a dark side. The mildest symptom is what I heard one Silicon Valley executive describe as “community-washing”, where businesses set up communities to help improve, or whitewash, their reputation. “You see it everywhere,” she said. “User communities, customer communities, with guidelines and rules. I see it being woven into society, but not in any useful way.”

The trend may even be counter-productive. In Entrusted, their book on reforming capitalism, Ong Boon Hwee and Mark Goyder warn that social media’s “new forms of connectedness” could replace real, diverse communities, rooted in neighbourhoods or villages, with self-selecting, homogeneous, virtual ones.

Tight-knit communities can also be the opposite of inclusive. Staff who do not conform to some ill-defined “cultural fit” are made to feel unwelcome, or never hired in the first place. “Perhaps you don’t belong here” may be one of the cruellest hints to a team member to look for a job elsewhere.

Unlike, say, villages, corporate communities are impermanent. Their members are subject to official sanction or dismissal, which strains the ties of trust that bind them. I understand why the chief executive of asset manager Invesco recently said cutting 12 per cent of its staff was “uncomfortable for everybody”, but I imagine the discomfort was borne disproportionately by those carrying their desk contents in a box to the exit. 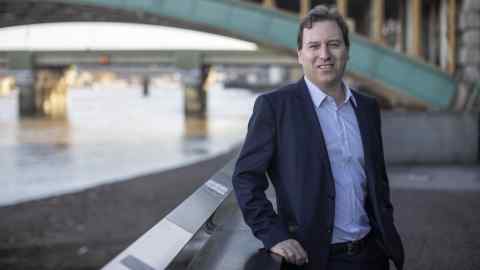 “Belonging” at work can become slightly creepy, even cultish. I draw the line at describing office friends as “family” — a term that has crept into corporate communications. Real families are different: much as we may sometimes want to, it is impossible to fire blood relations.

There are parallels, however. Families, like some close-knit business teams, often put belonging above candour. Ginka Toegel and Jean-Louis Barsoux of IMD business school found many teams were hampered by what they call “undiscussables” — topics consciously or unconsciously put off-limits, to the detriment of performance. They found teams often fail to practise the values they preach because by exposing the gap between saying and doing “we may hurt some of our group’s feelings and we won’t be as cohesive”.

The academics cite the failure of Theranos, a US blood-testing company, where a “culture of fear and denial . . . ultimately led to false claims made to investors and customers”. They might as easily have picked the Chernobyl disaster, where the cultish devotion of staff, scientists and apparatchiks to the crumbling communist ideal made them reluctant to speak up. This created the conditions for the accident and the attempted cover-up.

Mazin contends the mission to save the Soviet Union — and much of Europe — from an even worse outcome would not have been possible in the west. If the Three Mile Island reactor in the US, which had a partial meltdown in 1979, had exploded, “we would have evacuated the area very quickly and then just . . . put a rope around a large section of the middle Atlantic [coast] and said no one can go there any more, because we can’t send people in ’cos they’ll die”.

I am not so sure. We know from citations for valour how much soldiers will risk for their comrades. On September 11 2001, I watched in admiration and horror as firefighters went into the doomed twin towers of the World Trade Center. Community and belonging are powerful forces. It is up to companies to make sure they do not abuse them.