Salaries commanded by MBA graduates after three years back in the workplace have increased by the largest amount in a decade.

Business school alumni from the top 100 MBA courses, as defined by the FT’s ranking, were paid an average of $142,000 in 2016, three years after they completed their studies. The previous year’s cohort of graduates earned an average of $135,000 after the same period.

Judith Hodara, co-founder of Fortuna Admissions, which advises business school applicants, described the past three years as a “golden age” for MBA jobs.

Competition for students and graduates had increased, she said, because companies in sectors not previously associated with hiring from business schools were arriving on campus and offering jobs.

The highest paying sector for MBA graduates in the FT’s ranking list was financial services, whose employees on average earned $159,000, followed by ecommerce businesses, where it was $154,000. Salaries increased in all sectors, except for education, and in nearly every region of the world. Only in Africa was there a small decrease.

However, the impact of an MBA varies greatly according to the school attended. Alumni from Stanford Graduate School of Business, second on the FT’s ranking list, boast the highest average salary at $195,000, while those from Incae Business School in Costa Rica trail with $91,000.

Salary increases have also only slowed the fall in returns on investment, which dropped significantly between 2008 and 2014 when salary levels were flat but tuition fees rose on average 46 per cent. 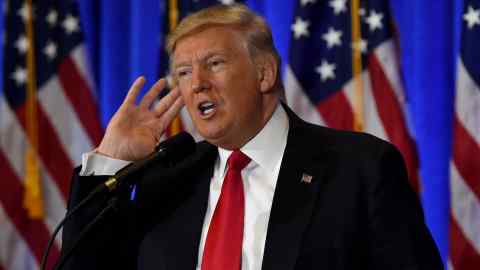 An MBA at a top 100 business school is a significant investment: fees are now equivalent to 8.7 months of gross annual salary three years after graduation, up from 6.2 months in 2006. When adding living expenses and, more importantly, the opportunity cost — the cost of leaving a job to study full-time — the total for a top two-year MBA in the US exceeds $300,000.

Many graduates insist there is more to an MBA than financial considerations, however. “I made more progress in personal self-development in my two years at Stanford than I did for all of the years of my life prior to the programme,” a graduate wrote in response to the FT’s alumni survey.

This is the 19th edition of the FT Global MBA ranking. Insead, the international business school based in France and Singapore, tops the table for the second year running. However, US and British business schools continue to dominate the rankings with 56 and 13 of the top 100 schools respectively.

The FT surveyed more than 21,000 students from 156 business schools to produce its 2017 MBA ranking. About 9,000 graduates completed the survey, a response rate of 41 per cent.