The real reasons why mentors change your life

A usually competent co-worker is struggling to write a difficult — but not impossible — report. Despite clear instructions and deadlines, he has not even started, and his delays and excuses are holding up the rest of the team.

They are growing impatient and resentful; it is time to intervene. Do you a) lose patience and write the report yourself; b) offer the dawdler advice and instruction; or c) ask him to mentor the graduate trainee?

The most obvious — and seemingly sensible — course of action would be to offer instruction. A likely reason for his procrastination is lack of knowledge: he simply does not have the information or skills to write a report: gathering facts, turning notes into prose and so on. The least-sensible move, surely, would be to ask him to be a mentor to a junior.

Counterintuitive options are sometimes the best. A study by behavioural scientists at the University of Chicago Booth School of Business suggests that the act of mentoring may in some circumstances be the secret to cracking procrastination. In fact, evidence emerging from business schools suggests mentoring has all kinds of hidden benefits.

But things can go wrong. Other — seemingly conflicting — research found mentoring can be a hindrance rather than a help to staff progression. It all depends on the circumstances.

According to the Chicago Booth study, what our dithering co-worker really needs — and what will finally set him to work — is to recover his confidence. The best way is to ask him to advise someone else. In other words, those who lack motivation may need to give advice rather than receive it.

“The first question to ask is, why is the person not doing something?” says Professor Ayelet Fishbach, co-author of the research. “Is it because she doesn’t know how? Sometimes, but often there is another explanation: the task is too overwhelming and they have lost confidence.”

That is where the hidden power of mentoring comes in. Procrastinators often make great mentors, says Prof Fishbach, because they know more than they think. “They don’t realise how much they have learnt from struggling.”

The value for employers is doubled: being asked to give advice gives the ditherer the confidence that was missing in the first place — to get on with the task at hand.

Chicago Booth’s findings come at the same time as research from Cambridge Judge Business school, where behavioural scientists found that the act of advising junior colleagues can reduce anxiety and improve the mental health of mentors — particularly those in high-pressure jobs. 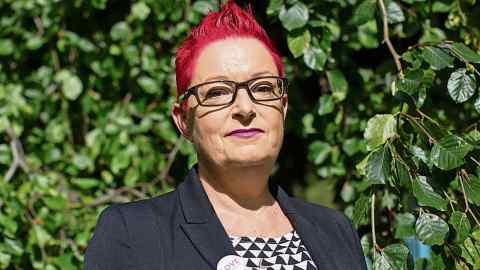 That study, in the Journal of Vocational Behaviour, focused on policing, because it requires mental strength in challenging situations combined with pressure to be efficient. But it holds lessons for anyone in a frantic job. Despite the pressures of police roles — including threats, abuse, snap decisions and the risk of death — officers tend not to seek support from other officers, particularly senior ones, fearing a stigma associated with mental health disorders.

Mentoring, the researchers found, can help fill that void: “This could help organisations address the serious and costly workplace issues of anxiety and mental health,” says co-author Thomas Roulet.

Mentoring is a powerful and relatively inexpensive way for employers to coach and nurture junior staff who need help to plan their career and make their mark. Now we know it also builds confidence and mental resilience in the mentors themselves. Done well, it can be life-changing. But is that always the case — and what do the new findings mean for executives trying to build the best mentoring schemes?

According to Kathy Kram, professor of management at Boston University Questrom School of Business and a leading authority on mentoring, managers should plan carefully, because dispensing advice is not always a good idea. It can even be a hindrance.

“Sometimes mentors give advice when it would be more helpful for the mentee to be asked thought-provoking questions,” she says. Those could be leading questions that help the mentee think deeply about their problems and hit upon their own solutions. Secondly, says Prof Kram: “Mentees may comply with the advice given, but not necessarily learn about themselves, their unique qualities and how best to align their actions with their values.”

In fact, research suggests that advice-giving can even undermine learning and development if the recipient is not encouraged to examine their own beliefs, attitudes and patterns of behaviour in the process, says Prof Kram.

Next month, the FT will pair senior leaders with millennial executives for an audio series exploring how each generation approaches business, and the advice they offer one another. A careful reading of the best of business school research will help inform the work, as it should every corporate mentoring programme. Proceed with caution.