New research on the effects of depression shows how the condition accelerates the ageing of the brain and inflicts serious damage on cognitive function and memory that could lead to dementia.

Irina Esterlis, a professor at Yale School of Medicine, on Thursday presented brain imaging data to the American Association for the Advancement of Science conference that showed for the first time how depression reduces “synaptic density” in humans as connections between brain cells are lost.

The Yale study used a new form of imaging to examine the brains of 10 healthy volunteers and 10 with clinical depression, who had completed comprehensive psychiatric assessment. Those with the more severe depressive symptoms showed lower synaptic density and greater age-related reductions in memory and other cognitive functions.

“[This] suggest that greater changes in synaptic density are associated with more pronounced age-related changes in cognition, thus supporting the hypothesis that major depressive disorder may be a [precursor] to some forms of dementia,” Prof Esterlis told the first day of the AAAS conference in Washington DC.

Both dementia and depression are high priority targets for global public health campaigns. The World Health Organisation estimates that the number of people living with Alzheimer’s and other forms of dementia at about 50m today and a projected 75m by 2030, while at least 300m people suffer from depression.

The annual gathering of US scientists was also told that drugs under development by the University of Toronto’s Centre for Addiction and Mental Health showed promise in reversing the memory loss linked to depression and ageing.

The new drug compounds are designed to activate damaged brain receptors that cause memory loss, according to Etienne Sibille, the Toronto study’s lead scientist. “They [the drugs] not only rapidly improve symptoms but remarkably also appear to renew the underlying brain impairments causing memory loss” in experimental mice, the team said.

The Toronto scientists identified impairments to a specific type of brain cell receptor in the neurotransmitter system, which caused mood and memory symptoms in depression and in ageing. Molecules were then developed to bind to and activate this receptor target. When these molecules were given orally to ageing mice, memory declines were rapidly reversed and cognitive performance reached levels seen in young adulthood, with the rodents able to successfully navigate around mazes to find food. The improvement lasted over two months with daily treatment. 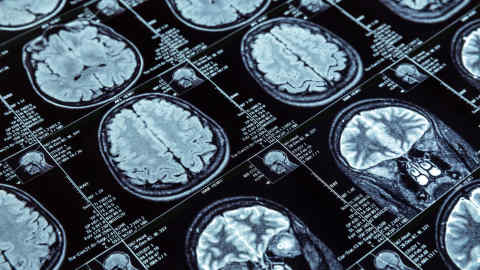 “The aged cells regrew to appear the same as young brain cells, showing that our novel molecules can modify the brain in addition to improving symptoms,” said Prof Sibille. He expects to start testing the molecules in humans within two years. “We have shown that our molecules enter the brain, are safe, activate the target cells and reverse the cognitive deficit of memory loss.”

A separate research programme led Daniela Kaufer at the University of California Berkeley and presented to the conference revealed another biological cause of age-related cognitive decline.

When the blood-brain barrier, a membrane that separates the brain from blood circulating elsewhere in the body, is weakened through disease or ageing, proteins leak through that can wreak neurological havoc by causing inflammation in the brain, Prof Kaufer said. Her laboratory is developing drugs — again tested so far only in mice — that can counteract the neurological effects of the failing blood-brain barrier.

Both the Toronto and Berkeley teams have patented their drug candidates and plan to commercialise the research.

Many previous treatments for memory loss have given promising results in mice and then failed in humans. But if clinical trials are successful, the potential applications are broad at a time when there are no effective drugs to treat memory loss through ageing or in dementia.