Salesforce takeover of Slack is a defining moment for cloud software 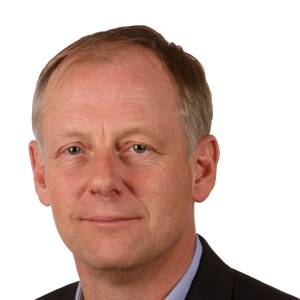 Meet the new boss. Same as the old boss. Those lyrics from The Who nearly 50 years ago sum up the sinking sense of inevitability that comes with each new round of consolidation in tech.

Periods defined by their innovative start-ups and restless reinvention give way to phases when industry leaders buy up the most promising newcomers and either snuff out their ideas or bend them to their own ends.

The cloud software business — also known as software as a service, or SaaS — may just have reached its moment of reckoning. This week’s $27.7bn acquisition of workplace messaging company Slack by Salesforce looks like a turning point — and not just because Slack has been emblematic of a wave of start-ups searching for new and more creative ways of working.

In the parlance of business software, the deal highlights the perennial tension between “best of breed” products — standalone services that do one thing very well — and complete suites of software which integrate a range of services. New generations of technology are usually characterised by the rise of the former, followed by rounds of consolidation that leave a handful of the latter.

For the last few years, it has almost been possible to believe that SaaS will be different. In a world of open APIs, or software interfaces, companies can easily tap into specialised services without buying a single bundle of software. The reach of the internet has turned what were previously small software niches into sizeable markets. This has given start-ups the chance to scale up. Need a secure way to sign a contract virtually? DocuSign is worth $42bn, more than Ford. Okta, a way to make sure people online are who they say they are, is valued at nearly $32bn, about the same as Hilton Hotels. Coupa, used just for tracking business spending, is worth $22bn.

The “consumerisation” of IT has also shifted the power away from suites. Small groups of workers have often taken up free tools like Slack for themselves, leading their employers later on to pay for more full-featured versions of the service for all their employees.

In this new era of workplace software, Slack has played a unique role. As well as being a straightforward messaging tool, it acts as a digital backbone that connects a range of applications, giving workers a window into the different software products they rely on. For other SaaS companies, it has been an important open interface through which workers can reach their own services. 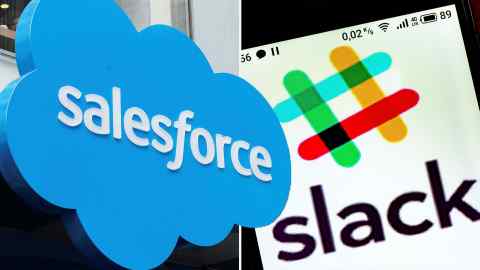 That makes the Salesforce acquisition — the largest ever of a cloud company — such a defining moment in the SaaS business. Marc Benioff, Salesforce’s chief executive, is out to take on Microsoft’s integrated suite of software tools, and that means using Slack as the glue to tie together his own company’s spreading range of software. Salesforce has not been known for integrating its acquisitions deeply into its other services. But with Slack, Mr Benioff has a lot to prove: Wall Street has wiped $36bn off his company’s market value since news of the deal broke, reflecting concerns over the cost.

Of course, each period of consolidation in tech looks different. Engaging employees more deeply and raising their productivity is a challenge for all companies — particularly in a post-pandemic world where those employees may well be operating remotely. Companies like Slack have shown new ways to draw people more deeply into their jobs.

As more work processes are automated, there is also a need for a different set of tools, fitting software more precisely to each person’s job processes, or workflow. The specialised nature of many industries adds to the need for more customised software. No company will be able to own all these workflows from end to end. Tying together specialised services will be an inescapable part of the job for companies like Salesforce and Microsoft.

Mr Benioff is under pressure to use Slack to peddle more Salesforce software. But in the longer term, there is much about the future of work that still needs to be invented.