When BlackRock turned 30 this year, chief executive Larry Fink issued an open letter to corporate leaders. In it, he did not write about fund performance or returns.

Instead, the leader of the world’s biggest asset management firm wanted to talk about something that, until a few years ago, would have sounded whimsical in many boardrooms: purpose. “Without a sense of purpose, no company, either public or private, can achieve its full potential. It will ultimately lose the license to operate from key stakeholders,” he said.

He called on executives to deliver long-term strategic plans that looked at how their businesses were going to deliver value over time while benefiting society. “Today, our clients — who are your company’s owners — are asking you to demonstrate the leadership and clarity that will drive not only their own investment returns, but also the prosperity and security of their fellow citizens,” Mr Fink wrote.

This demand for greater corporate citizenship points to a sea change taking place at companies around the world. In an era when environmental catastrophe looms and trickle-down economics have proved fanciful at best, corporate leaders are rethinking the models of value creation that drove their prosperity in the 20th century.

Mervyn King has been at the centre of debates on corporate citizenship and governance for decades.

The 81-year-old former South African supreme court judge has served on the boards of numerous listed companies as well as chairing task forces on insider trading and advising South Africa’s finance ministry. Now an adviser to the UN and the World Bank, since 2008 much of his energy has been devoted to one task: developing a new framework for corporate reporting fit for the modern world. “In the changed world of the 21st century, financial reporting is critical but it is no longer sufficient,” Mr King tells the FT in a telephone interview from Johannesburg.

Integrated reporting is the result. The framework describes itself as the “evolution of corporate reporting, with a focus on conciseness, strategic relevance and future orientation”.

“We had a century of unsustainable development [propagated in 1970 by US economist] Milton Friedman . . . that the sole purpose of a company is to make profit, without exception.” This, Mr King argues, is not sustainable.

“Businesses need a model that not only acknowledges that they stand at the juncture of the three critical dimensions of society, the economy, and environment, but that seeks to have a positive impact on all three.” Two trends brought on the realisation — championed by Prof King but supported by organisations ranging from the UN to Unilever — that the company reporting toolbox needs an overhaul.

The first factor was scientists’ realisation by 1995 that companies were using natural resources faster than they could be regenerated.

The second was the shift in companies’ market value away from hard assets to intangibles — a trend accelerated by the digital age.

By 2013, the International Integrated Reporting Council, led by Prof King, had developed a framework outlining the principles of integrated reporting in consultation with hundreds of companies and financial professionals.

“All these things became drivers,” he says, adding to the list the financial crisis and climate change. “All these things also drove the Sustainable Development Goals of 2015” — a global framework for development adopted by 192 countries under UN auspices.

Achieving the 17 goals requires rethinking not only how economies function but also how the world finances social progress. With an estimated $3.9tn a year price tag until 2030 put on the goals by the United Nations Conference on Trade and Development, it became clear that development could no longer be the sole purview of governments and donors.

Goal 17 stipulated the heavy involvement of the private sector. Mr King believes integrated reporting supports making sustainable development a core business strategy. “With the guidelines of integrated reporting we create the framework for how companies can report . . . how they have incorporated the SDGs,” he says.

While traditional corporate reporting only takes stock of financial performance, integrated reporting looks at six sources of capital: financial, manufactured, intellectual, human, social and natural. “Integrated thinking is a symphony of sources of value creation, and the relationship between company and stakeholders,” Mr King says.

This may all seem idealistic, and to an extent it is.

Integrated reporting is not benchmarked and is mandatory in only a small handful of countries such as South Africa and Brazil — though it is backed by regulators in countries such as China and India. In 2017, the EU issued a directive encouraging more than 6000 large listed companies as well as banks and insurers to start reporting on an integrated basis.

Given the qualitative nature of integrated reporting, one might also wonder whether companies — many of which have not always been forthright — might not simply make a gloss of it.

Mr King is doubtful, believing that reputation is paramount to value. “You’re able to see if the directors haven’t taken up the issues at hand [in the report] . . . When you lose trust and confidence in the company, value is destroyed very quickly.”

Ultimately, the question is whether capitalism can be re-engineered to view value as a long-term proposition.

“Quarterly reporting drives short-term thinking . . . [and] short-term capitalism has failed, that’s just a fact,” he says. The debate on what will take its place rages on. 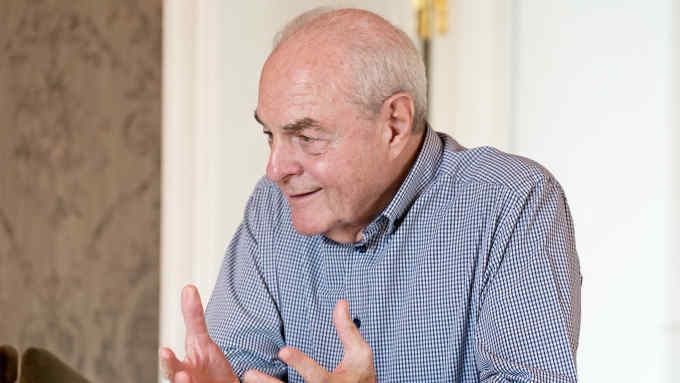