Will 2019 bring Big Tech to heel or lead to ‘splinternet’?

Lobbyists fight regulation but privacy and antitrust are ripe for reform

Over the past decade, the internet giants — Google, Amazon and Facebook in the US, as well as Alibaba, Tencent and Baidu in China — have become the richest, most politically powerful companies on the planet. Their market capitalisation exceeds those of the world’s largest financial groups, and their lobbying operations are unprecedented.

But with the drumbeat of scandal around privacy, election manipulation and anti-competitive behaviour, all of which have led to huge volatility in Big Tech stock prices, will 2019 be the year they are finally brought to heel by regulators and forced to change their ways? And will different views towards Big Tech in the US, Europe and China lead to a “splinternet”?

The answer to the first question depends on whether politicians can develop a coherent world view about the surveillance capitalism practised by these digital giants, and agree on its most pressing implications.

In the US, for example, Democrats and Republicans are at odds about what really bothers them about Big Tech. Liberals are most concerned about the possibility of rightwing manipulation of elections. Meanwhile, conservatives say the tech platforms, whose employees tend to be progressive, have algorithms that discriminate against them. But there are no clear proposals on how to create more algorithmic transparency, and efforts around more online political advert regulation have stalled.

The two areas that are riper for change are privacy and antitrust. In both the US and Europe, there is widespread agreement that Big Tech rides roughshod over user privacy, as evidenced by almost weekly data breaches and allegations of misuse. There is tremendous opacity in how the largest platform-technology companies define and collect data, and sell it to third parties. Provisions for what happens to users whose data are compromised, meanwhile, are not strict enough. 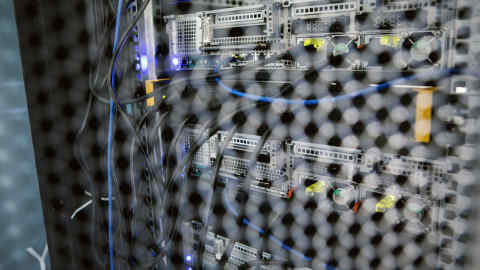 At the moment, the burden of proof is on users themselves. Europe’s General Data Protection Regulation went some way towards addressing that issue, but California’s tough new privacy laws, which are set to come into effect in 2020 and could become a national model, may go even further. It is a measure of the potential efficacy of the legislation, which would force platform-technology companies to disclose clearly just how they use consumer data, that Big Tech has launched a massive campaign to try and water it down.

The industry will also try hard to hold on to the Section 230 loophole in the US Communications Decency Act, as well as similar laws in Europe, through which they retain immunity from most problems arising from user-generated content on their websites.

The area that may see most action is antitrust. In the US, both the Federal Trade Commission (FTC) and the Department of Justice have indicated the monopoly power of Big Tech is an area of major concern. In Europe, Google may once again face fines or penalties if it is found not to have complied properly with rulings about anti-competitive behaviour in the search and mobile handset markets. But in order to really shift the business model of the internet giants, regulators will have to find a way to show that consumer harm — currently the measure of monopoly power in the US — is based on more than just consumer prices, since Big Tech’s opaque transactions are typically done in data rather than dollars.

One way to do that would be to shift to an earlier interpretation of antitrust regulations that focused not just on consumers but rather on proving that the larger economic ecosystem is being harmed (competitors cannot flourish, choice is reduced, the political economy is being manipulated, and so on). That is something the “ New Brandeis” school of regulators, now ascendant in places like the FTC, is pushing for. 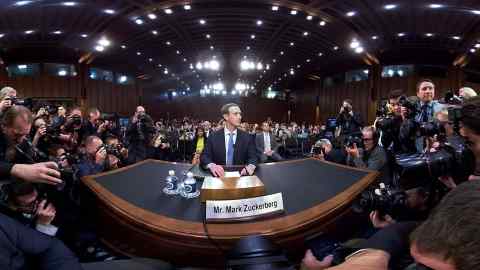 But a quicker, potentially less politicised way to curb monopoly power through an antitrust suit would be to put a price on data itself, enabling regulators to use the existing “Chicago School” philosophy of consumer harm to break up the Big Tech companies.

There are some academics and critics who believe the disproportionate profit share taken by these companies over the past two decades relative to the benefits received by consumers can be quantified. After all, carbon credits represent a discreet form of value; why not data?

Economists are busy crunching numbers on that — and if a price can be put on data, all bets are off for Big Tech’s current business model.

If a price can be put on data, all bets are off for Big Tech’s current business model

That would only be the case, of course, in the US and Europe. China has made it quite clear that it plans to take its own direction on the internet. More people in China access the internet than anywhere else in the world and President Xi Jinping has outlined plans to turn the country into a “cyber-superpower” by moving ahead in data-driven artificial intelligence, cyber security, and 5G networks.

Over the past two years, however, the Chinese government has shut down websites, censored more content and instituted stricter controls on how both local and foreign companies operate.

In the Middle Kingdom, there is no debate over privacy, liability or antitrust, nor will there be. In this sense, the net has already been splintered — the only question is how much further the trend will go.