Ryan McMorrow in Beijing, Sun Yu in Shanghai and Tom Mitchell in Singapore

Chinese ride-hailing group Didi Chuxing said it would delist from the New York Stock Exchange, accelerating China’s decoupling from US capital markets as Beijing cracks down on the country’s leading technology groups.

The company, which has been hit by increased regulatory scrutiny in China, wrote on its official Weibo account on Friday that it would begin the process of delisting and prepare to go public in Hong Kong.

Didi said in a separate statement its board had authorised the delisting in New York of its American depositary shares “while ensuring that ADSs will be convertible into freely tradable shares of the Company on another internationally recognised stock exchange”.

Didi’s shares fell 15 per cent in early trading in New York. Hong Kong’s Hang Seng Tech index fell as much as 2.7 per cent on Friday following the news. Ecommerce group Alibaba dropped as much as 5.4 per cent and internet group Tencent lost as much as 3.3 per cent.

Didi launched its $4.4bn New York initial public offering in June, making it the biggest listing by a Chinese company in the US since Alibaba in 2014. Days later, Chinese regulators ordered Didi’s app to be taken off domestic app stores. The company was also banned from signing up new users and subjected to a wide-ranging government investigation into its cyber security practices.

The group’s shares have tumbled from the June IPO price of $14 to $7.80 at the New York close on Thursday. They initially rose in pre-market trading on Friday, but later gave up those gains.

While big Chinese state-owned enterprises listed in the US have been targeted by the Biden and Trump administrations with investment bans, New York remained an attractive destination for China’s private-sector tech champions.

In the immediate aftermath of Didi’s IPO, Chinese regulators signalled that other companies hoping to follow in its wake would be subject to more stringent approval procedures, especially if they managed data deemed sensitive by Beijing. 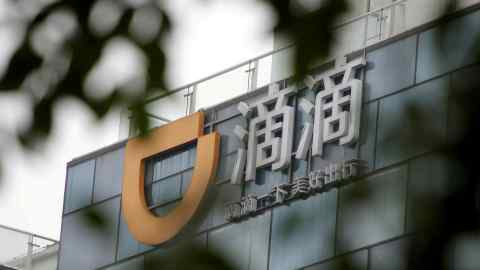 “This is the nail in the coffin for decoupling in equity markets between the US and China,” said Andrew Collier, managing director at Orient Capital Research in Hong Kong. “[Regulators] are being pushed to do this because Xi Jinping has clearly taken a very nationalist tone in terms of capital flows, particularly from the US.”

Didi’s IPO, which was completed the week before the Chinese Communist party celebrated its centennial, angered party and government officials who believed the group had brushed aside their concerns related to national security and Didi’s vast trove of mapping and other sensitive data.

The listing also came amid a long-running crackdown on the dominance of China’s biggest technology groups that began in November 2020, when President Xi Jinping ordered the last-minute halt of the Shanghai and Hong Kong dual listing of Ant Group, Jack Ma’s fintech platform.

Ma, once the country’s richest and most celebrated entrepreneur, had angered Xi and other officials by criticising Chinese financial regulators weeks before the planned IPO, which was set to be the world’s biggest ever.

Since the scuppered listing, Ma, who also founded ecommerce platform Alibaba, has all but disappeared from public view. Cheng Wei, Didi chief executive, and Jean Liu, president, have also been maintaining low profiles as they seek a resolution with Chinese regulators.

“After this high-profile listing turned out to be a huge mistake, all Chinese companies will think twice about going to New York,” said Chen Long at Plenum, a Beijing-based consultancy.

Didi’s rush to announce the plan to move its listing came just before the end of a six-month lock-up at the end of December that will allow company executives and almost all of its shareholders to begin dumping shares in New York.

“The government can order something without realising how complicated it is,” said a lawyer in Beijing about the pressure from Chinese authorities on Didi to exit the US.

Didi indicated it will first seek a listing in Hong Kong and then urge US ADS holders to convert. But the city’s more stringent requirements for companies to be fully compliant with local laws were a key hurdle that pushed Didi to the US in the first place. Didi has struggled to ensure all of its drivers and their cars are properly licensed.

Hong Kong listings have slid this year over concerns about China’s increasing pressure on tech groups. Companies have raised less than $26bn this year through IPOs, about a fifth lower than 2020.

Lawyers said Beijing would have to provide clarity on Didi’s compliance issues to get the listing done quickly.

One Beijing-based Didi investor said it was unlikely that any major shareholders would object to the delisting, especially if it resolves the group’s stand-off with regulators.

“The big shareholders like SoftBank, Sequoia and Tencent won’t dare to protest and defy the government,” the investor said.

Didi said it would hold a shareholder vote on its delisting plans.