This is change management — without all the risk and upheaval 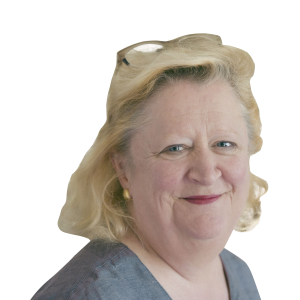 Many leaders who sit at the top of large departments and organisations are hungry for innovation. But they are often uncertain where to start and it can be tempting to avoid the risk associated with change by finding all the reasons why it cannot happen.

But Oliver Burrows, chief data officer at the Bank of England, is not one of those executives. He knew, as many leaders do, that the workload of his department would increase, but resources would not.

As the post-2008 financial crisis regulatory environment demanded more data collection, greater detail and more analysis, his team of 150 risked being swamped. Just making people work harder was not a sustainable strategy so he needed to develop ways to cope with the increased demand.

Like many large, traditional organisations, his department was hierarchical and complex. The easy assumption would have been that significant change would be difficult, political and perhaps more trouble than it was worth. But Mr Burrows was determined to try.

“When I dug into the governance, I discovered that, at my level, we have quite a lot of freedom to decide how to achieve our objectives,” he says. “But it can be a social norm not to use it.”

What Mr Burrows did not do was to map out a new department structure or summon his leadership team to a lavish off-site. Instead, he was excited by the idea of loosening the hierarchical culture of his department and developing small experiments that the whole team could try in order to create smarter ways of working.

Mr Burrows put a call out to his team. This was an experiment in itself — and one that revealed far more appetite for innovation than he had expected. People were excited by inventing change, rather than having it thrust upon them.

Together, the volunteers mapped out 12 experiments, some of which worked and some of which, Mr Burrows shrugs, did not. “I made the decision to open up our senior management meetings to anyone who wanted to sit in,” he says. “At first, lots turned up but over time they drifted off. Turns out, it wasn’t all that exciting.”

Other experiments were more successful. “We also made the annual appraisal process a lot more participatory,” says Mr Burrows, “that worked really well.” Then there were “some technical coding projects” that Mr Burrows says no one in the management team would have thought of, or been brave enough to try. “They just tried them and they worked,” he says. “I’m really proud of that. Everyone was.”

But the “big win” was sourcing strategy ideas from the bottom up. “In the past, people thought strategy was the preserve of management types — which meant not them. But there were just so many good ideas out there.”

Without a massive, expensive, bold departmental redesign, Mr Burrows had liberated significant creativity among his team. He had found new ideas and new sources for ideas, producing change while conducting business as usual.

Yet when I suggested a similar process to an executive vice-president at a FTSE 100 company, he looked at me aghast. Experiments? Asking people for help? In his eyes, that would be an expression of weakness, admitting that he did not have all the answers. But of course, he did not have all the answers and the hierarchy in his head stopped him from reaching into his organisation to find them.

For years, management theorists and consultants have created such sturm und drang around change that some managers have become averse to the risk it involves.

But “experiments” sound less risky. They can be low-cost and quick, and even those that do not deliver magnificent breakthroughs reveal aspects of the organisation that may have been previously misunderstood. Even more important, experiments signal an openness to change which may release fresher thinking.

It is easy to fall back on the excuse that nothing can be done. In a separate instance, a friend came to me for advice about a colleague whose behaviour routinely breached ethical guidelines. Over time, this disturbed her and she considered leaving the company. So I challenged her: what had she done to improve the situation? She was a leader, surely she could try one experiment. When next I saw her, she had considered the possibilities and tried one. The result? She was promoted to chief operating officer.

It struck me then, and it still strikes me now, how all leaders have power but very few know how to use it. People with ideas but no power lurk restless throughout organisations, but people with power and no ideas frequently sit atop of them. Nothing meaningful happens until the two dare to collaborate. Whoever takes the first step is the real leader.