The number of families charged inheritance tax (IHT) on gifts has climbed for three years in a row, as more people fell foul of complicated rules.

The disclosure follows a grim projection from the Office for Budget Responsibility which forecast last week that the number of estates subject to IHT will rise due to the pandemic from 25,200 in 2019/20 to 30,400 in 2020/2021.

Becky O’Connor, head of pensions and savings at Interactive Investor, a platform, said: “Many families of older UK people who died from coronavirus could now face unexpected inheritance tax bills on their estates. Many of those who died unexpectedly will not have had time to plan their affairs.”

Zena Hanks, partner at accountancy firm Saffery Champness, which made the FOI, said rising asset prices and a decade-long freeze in the IHT threshold was drawing “unsuspecting” taxpayers into the tax.

Many wealthy individuals are advised to give away assets during their lifetime to avoid facing a large IHT bill, as certain gifts can be entirely tax free. These include gifts between spouses, regular gifts made out of excess income or a £3,000 annual gift allowance.

Meanwhile, under a system known as the seven-year rule — assets gifted during an individual’s lifetime are excluded from IHT if the person lives at least seven years after making the gift. The IHT liability is tapered according to when the gift was given, with the maximum 40 per cent levied on gifts made less than three years before death, falling to 8 per cent on those made six to seven years before death. 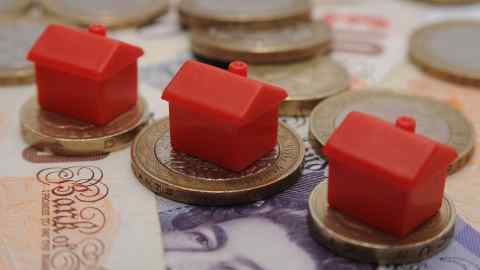 The FOI revealed increasing numbers of beneficiaries are paying IHT on such gifts. Advisers said this was probably due to the complexity of the poorly-understood rules and benefactors dying within seven years of making the gift.

“Many individuals who make gifts during their lifetime are unaware of the various available allowances and exemptions, let alone that their gifts could end up coming back to bite their beneficiaries in the form of a hefty tax bill,” Ms Hanks added.

She urged would-be benefactors to keep detailed records of the amounts they give away during their life to provide a paper trail for HMRC in case the gifts are investigated after their death.

Svenja Keller, head of wealth planning at Killik & Co, a wealth manager, said she was often approached by people in their eighties looking to manage their affairs to avoid a large IHT bill.

“You’re really running out of options by that point and it becomes almost too late,” she said. “The sweet spot [to take action] is if you’re in your sixties and seventies, although you can even start thinking about planning in your fifties.”

HMRC reported £5.2bn in IHT receipts in 2019/20, recording its first fall in receipts in a decade — partly due to an increase in an IHT exemption called the Residential Nil Rate Band.