The legacy and lessons of Paul Volcker

Do the right thing, do not put your trust in unbridled finance, and have courage
Martin Wolf

“Paul Volcker is the greatest man I have known. He is endowed to the highest degree with what the Romans called virtus (virtue): moral courage, integrity, sagacity, prudence and devotion to the service of country.” Thus did I open my review of his memoir, Keeping At It: The Quest for Sound Money and Good Government, published last year. As Hamlet said of his father, “He was a man, take him for all in all. I shall not look upon his like again.”

That book was Volcker’s counsel to the world. It embodied the former US Federal Reserve chairman’s virtues and his values. With his passing this week, we need to dwell on both, while recognising how different the world is today.

Volcker’s virtues are eternal. It is impossible to enjoy a stable polity without public servants of his quality and, as important, without a public who know they need public servants of this quality. In no other way can what the Romans called res publica (a republic) — literally, “the public thing” — be sustained. We rely on the marriage of ability to character. We forget that truth at our peril.

No less important are Volcker’s values. He believed in good government, international co-operation, fiscal discipline, sound money and finance that is a servant, not master, of the economy. This credo is as valid today as it was during his long life of public service.

Volcker joined those virtues and values in the great fight of his life: the battle to defeat inflation. It is often forgotten how hopeless that cause had seemed before he was appointed chairman of the US Federal Reserve by a brave Jimmy Carter in 1979. The struggle was hard and the costs high. Many suffered greatly. But the battle was won, ushering the long period of stable inflation that later generations now take for granted.

While Volcker won on inflation, he lost elsewhere. He was uncomfortable with the fiscal and financial policies of Ronald Reagan’s administration. He was duly replaced in 1987 by Alan Greenspan, far more in tune with the administration’s ideology. Volcker diverged most clearly from his successor on the virtues of liberalised finance. Indeed, he remarked in 2009: “The most important financial innovation that I have seen the past 20 years is the automatic teller machine.”

The 2008 financial crisis vindicated this longstanding scepticism. Out of it came the “Volcker rule”, which aimed to prohibit US banking institutions from proprietary trading. When I was a member of the UK’s Independent Commission on Banking in 2010-11, Volcker came to talk to us about this proposal. We were not persuaded of its workability. But nobody could doubt the passion he brought to the cause of creating a more stable and useful financial system.

What, then, are Volcker’s legacies, apart from low inflation and an outstanding record of public service? He demonstrated the benefit of having independent central banks and — closely related but broader — of having first-class technocrats deliver on public mandates notwithstanding short-term pressures from politicians. These remain as relevant as ever. In our populist age, however, they are being challenged on both sides of the Atlantic.

In other respects, the world of today is almost the opposite of the one Volcker confronted, especially on monetary policy. In the first five decades after the second world war, the dominant monetary concerns were excess demand and inflation. Today, it is weak demand and deflation. In Volcker’s world, the job of monetary policy was politically difficult, but technically easy: to constrain demand. As one of his predecessors, William McChesney Martin, said, it was “to take away the punchbowl just as the party gets going”. That required tightening monetary policy in well-known ways.

News in Focus podcast10 min listen
Volcker talks to Gillian Tett about his legacy, and what worries him still

When demand is weak and inflation low, however, central banks must ease monetary policy. But expansionary policy is technically difficult once short-term interest rates reach zero. Central banks have to consider various unconventional alternatives: expansion of balance sheets via “quantitative easing”; negative interest rates; and what the monetarist Milton Friedman called “helicopter drops” of money to the public through direct payments or permanent monetary financing of fiscal deficits. Choosing from these alternatives is complex and contentious. Some options awaken strong political resistance, albeit not in the intense way that deliberately causing recessions, to curb inflation, once did.

The unpopularity is most obviously true for negative interest rates. People tend to be furious about the idea of being taxed on their bank deposits. But, if negative rates are not passed on to depositors, they act as a tax on banks. That is unpopular with a powerful lobby and, some also argue, economically damaging.

Low long-term interest rates undermine the solvency of pension funds and some insurance companies. High asset prices are condemned by many for increasing wealth inequality. Finally, direct financing of government can be seen as a licence to fiscal irresponsibility and a way to subvert central bank independence.

In tackling today’s challenges, the details of what Volcker did are irrelevant. But his lessons are not: do the right thing even if the right choice is rather less obvious today; do not put your trust in unbridled finance; and have courage. The world is a complex and surprising place. But these truths abide forever.

Video: What Paul Volcker taught us about taming inflation

Get alerts on Paul Volcker when a new story is published 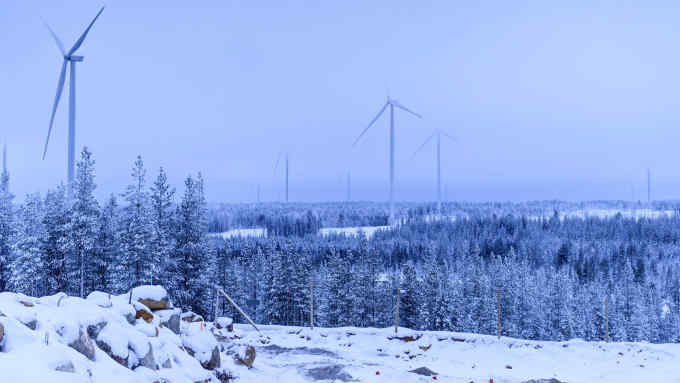 The late former Federal Reserve chairman believed in good government, fiscal discipline and international co-operation. He was one of the most influential monetary policymakers of his time. Here’s the best of this week’s opinion and analysis.