Sam Fleming in Brussels and James Shotter in Warsaw

The EU’s richest states have dug in their heels over the region’s forthcoming seven-year budget ahead of a crucial summit on Thursday as the European Council president seeks to ease the blow of spending cuts on poorer countries.

Charles Michel last week put forward a budget framework including a series of compromises over regional development funding — one of the top two items in the EU budget alongside agriculture — as he worked to soften opposition from central and eastern European countries in time for the leaders’ meetings in Brussels.

Member states are grappling with a near €60bn funding gap in the forthcoming seven-year multiannual financial framework (MFF) because of the UK’s decision to quit the EU. As a result, net payers into the budget are being asked to shoulder an extra burden, while net recipients led by the cohesion fund countries are facing tighter spending programmes.

Mr Michel’s proposals have received a mixed response from central and eastern nations that are net recipients of support from the EU budget, with one diplomat arguing that their criticisms have been “reassuringly mild”. But the European Council president still faces trenchant opposition from many parts of the EU, teeing up prodigiously difficult talks.

The richest states in particular remain adamant that they are being forced to assume too much of the budgetary burden under the multiannual financial framework, which begins in 2021. The biggest net contributors to the budget, including Germany, Denmark, Sweden, Austria and the Netherlands, want the budget to be kept at no higher than 1 per cent of EU gross national income, compared with Mr Michel’s proposal for 1.074 per cent of GNI.

Despite the efforts to seek for a well-balanced outcome, we are far away from agreement

They are also clinging to contentious rebates aimed at easing their budgetary burdens. These will play a central role in the budget talks that could last into the weekend. “If President Michel wants the European Council to be successful, he needs to come up with a substantially revamped proposal,” said one EU diplomat.

Mr Michel’s strategy going into the summit has been to wear down opposition from poorer member states, which have been infuriated by proposed cohesion cuts nearing 15 per cent compared with the current multiannual financial framework period.

Pawel Jablonski, Poland's deputy foreign minister, told the Financial Times that even after these overtures the budget proposals still required “a lot of work”.

“We don’t see a high chance that this proposition will be accepted soon,” he said. Cutting the EU budget risked fuelling Euroscepticism, he argued, because it would make the EU’s activities less visible to the bloc’s citizens. “It’s potentially a big problem, because people support the project because they see it,” he said.

Behind the scenes countries in the so-called friends of cohesion group have been poring over the detail of Mr Michel’s ideas to weigh the implications for their less developed regions. The proposals include topping up the cohesion spending pot by €6bn compared with proposals from the EU’s Finnish presidency late last year; diverting some money from the most prosperous regions; lifting the EU share in co-financed projects in the poorest areas; and making it easier to transfer funds between different spending pots.

In a sop to Poland and Hungary, Mr Michel also suggested a relatively high bar for the EU to suspend payments when a state breaches the bloc’s rule of law principles.

The proposals are important to central and eastern Europe, given the role cohesion has played in development since the region’s members began joining the EU in 2004. The funds have helped revive infrastructure that crumbled behind the iron curtain. EU cash helped build roads linking economic centres, as well as developing schools, public buildings and other facilities such as libraries and swimming pools.

Despite Mr Michel’s efforts, some newer member states remain dismayed by the scale of the reductions they could see. Jovita Neliupsiene, Lithuania’s permanent representative to the EU, said her country faced “drastic cuts” to cohesion that were steeper than the EU average. The country would also face deep cuts in agriculture funding, she added. “Despite the efforts to seek for a well-balanced outcome, we are far away from agreement.” 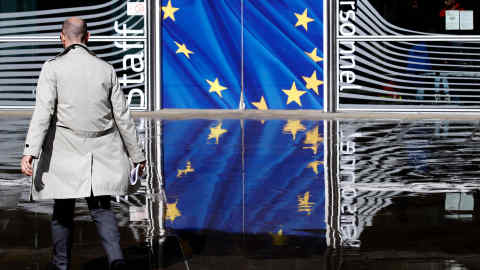 Top figures from Germany’s coalition government discussed the Michel offer over the weekend and emerged with a tough position going into the summit. Heiko Maas, the foreign minister, told his European counterparts that Berlin wanted to see more money being funnelled into modern priorities such as research, that the budget volume being requested by Mr Michel was too high, and that the EU needed to agree a permanent system of rebates to help net payers including Germany.

Germany is also among the countries concerned by Mr Michel’s rule of law proposal, under which any decision to freeze money would need to be approved by a qualified majority of member states.

Tytti Tuppurainen, Finland’s minister for European affairs, echoed those concerns. “We cannot allow the rule of law mechanism to be a dead letter in the budget book,” she said.

It was now high time to settle the multiannual financial framework, she said, arguing that “good progress” was being made even if Mr Michel was asking for too much funding, in Finland’s view. “My appeal would be to the leaders that we should all be ready to compromise.”