UK regulators are investigating a complaint by a leading charity that consumers are being ripped off by more than £4bn a year for staying loyal to their providers.

Citizens Advice said it had issued a “super complaint” to the Competition and Markets Authority over a “loyalty penalty” that amounts to almost £900 a year per customer across five markets — mobile, broadband, home insurance, mortgages and savings.

In response, market watchdog the Financial Conduct Authority pledged to support the CMA’s investigation into the issues Citizens Advice had raised.

“Citizens Advice have raised a number of important issues and we will work closely with the CMA as they investigate this super-complaint,” FCA chief executive Andrew Bailey said.

The insurance sector will face further regulatory pressure after the FCA announced on Friday that in addition to the CMA investigation, it would launch a market study into how general insurance firms price home and motor insurance.

Earlier research from the FCA found that people who had been with the same house insurer for five years paid 70 per cent more than new customers.

Citizens Advice has made three previous super-complaints: over doorstep selling, payment protection insurance and cold-calling. Its action on the mis-selling of PPI has so far resulted in £32bn of compensation and refunds to customers.

“It’s completely unacceptable that consumers are still being ripped off for being loyal to companies they rely on every single day,” said Gillian Guy, chief executive of Citizens Advice.

“Regulators and government have recognised the loyalty penalty as a problem for a long time, yet the lack of any meaningful progress makes this super-complaint inevitable.”

The CMA confirmed on Friday it had received the super-complaint and that it would “now investigate concerns raised that people who stay with their provider — often on default or rollover contracts — can end up paying significantly more than new customers”.

The regulator added it would publish a response within 90 days. Possible outcomes include making recommendations to government for legislative changes, launching a market investigation, or taking competition or consumer enforcement action. Alternatively, it may decide no action is required.

In a statement published on Friday morning, the FCA said it had long been “concerned about the issue of longstanding customers being charged more for some financial products than new customers”. The market watchdog had already looked into this issue in relation to cash savings products and mortgages, but would now “launch a market study looking at how general insurance firms charge their customers for home and motor insurance”.

Consumers who switch to new insurance providers via comparison sites can often access what insurers and the sites say are discounted deals for new customers.

On the flip side, customers who allow their insurer to auto-renew their policies at the end of the year can discover their premiums have risen substantially. New FCA rules have attempted to put an end to expensive renewals by requiring more transparency from insurers, but found in April that some were not complying.

The move by the FCA is a blow to insurers, which had launched an action plan to not penalise loyal customers earlier this year in a bid to see off a full-blown market study. The FCA also has antitrust powers for the financial sector. Its market studies can be powerful tools, as the asset-management sector recently found after the FCA uncovered hidden fees and weak competition on prices, and referred part of the sector to the CMA for a more in-depth study.

Mr Bailey said the FCA would work closely with the CMA to “look after the interests of all customers and treat them fairly”. 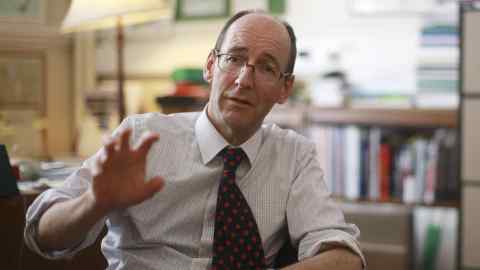 UK Finance, which represents about 250 UK businesses providing credit, banking, markets and payment-related services, said it would “carefully consider the issues raised by Citizens Advice and respond in due course”.

It said the industry had already improved competition by “helping longstanding mortgage borrowers switch to a better deal” and would continue working with the regulators “to make this as easy as possible”.

In preparing its complaint, Citizens Advice used a polling company to survey 3,030 people responsible for household bills, as well as analysing official data to calculate the loyalty penalty.

It said that eight in 10 consumers were paying a “significantly higher price” in at least one of the identified markets for remaining with their existing supplier. On average, the charity said, the loyalty penalty amounted to £887 a year for each customer, or 3 per cent of the average household’s total expenditure.

The charity also said older customers and people with mental health issues were likely to be disproportionately affected as they were less likely to switch suppliers in an effort to get better deals or “sign-up” incentives.

Super-complaints can be submitted by a designated consumer body over aspects of a market that may be harmful to the interests of consumers.