Markets are right to be nervous about the US election

Global markets are increasingly focused on a new source of uncertainty: the US presidential election in November. The consensus view among investors at the start of the year was that Donald Trump would easily win a second term, helped along by a resilient US economy and Mr Trump’s own favourite metric, the benchmark S&P 500 stock index. Not now.

Both polls and betting markets have started to point to a victory for Mr Trump’s Democratic rival, Joe Biden, the former vice-president. Even more interesting is that the tech-heavy Nasdaq index, which had steadily tracked Trump’s re-election prospects, has now kept climbing while his chances of re-election have faded.

Yet in private conversations, US investor pushback against the likelihood of a Biden victory remains robust, particularly at senior levels. The following reasons are commonly given: Trump supporters are undercounted; the historic polling failure of 2016 shows that nothing can be taken for granted; Mr Biden is a weak candidate who, once exposed to the full scrutiny of the campaign trail, will see his numbers decline.

These arguments fail to explain the direction of the data. Mr Trump’s handling of the Covid-19 crisis and the protests against racial injustice have combined with mounting job losses to send his ratings into a slump. According to survey data from the Pew Foundation this week, 67 per cent of those who say they will vote for Mr Biden are doing so because they view their vote as being “against” Mr Trump, underscoring how the race has become a referendum on the 45th president. A striking 71 per cent of those Pew surveyed describe the way they feel when they think about the state of the US as “angry”.

These are chilling numbers for an incumbent. Hopes for a sweeping reopening of the US economy this summer and a swift recovery appear misplaced. The only two modern US presidents who failed to win a second term — Jimmy Carter and George HW Bush — lost during economic downturns. Voters are typically not minded to reward presidents for past economic performance.

In the space of six months, Mr Trump has gone from the favourite to the underdog. Not only that, but a clean sweep for Democrats — gaining control of the White House as well as both chambers of Congress — is now a genuine possibility.

Historically, a Democratic victory would be somewhat worrisome for investors: there is some evidence that equity markets prefer Republican victories.

But deeper discussions with global business leaders in recent days have revealed fears about America’s 2020 election that I have never observed in more than 20 years as a political analyst in financial markets: the concern that this election will be marred by a crisis that tests American democracy itself, such as Mr Trump losing but refusing to step down, or grimmer scenarios of civil unrest.

Markets stopped reacting to Mr Trump’s more incendiary tweets in the early days of his presidency. But many investors will note his repeated remarks suggesting that elections could be “rigged” against him.

Less dramatic but more plausible is a contested election result, whether owing to allegations of voter suppression — the US places the most restrictions on voting of any developed nation — or a close result that requires multiple recounts. Or, perhaps, a failure of voting technology in the vein of the “hanging chads” that undermined the Bush-Gore race in 2000, requiring a decision by the Supreme Court to break the deadlock.

Another split between the winner of the electoral college and the popular vote would also be concerning. This occurred in 2016, arguably undermining Mr Trump’s legitimacy to govern, but not triggering a constitutional crisis. A second result in succession could be harder for an deeply divided US public to countenance.

The yardstick for evaluating the 2020 US elections may ultimately be what international observers used to look for in elections in new democracies: that they are largely free and fair, where the loser accepts the result. 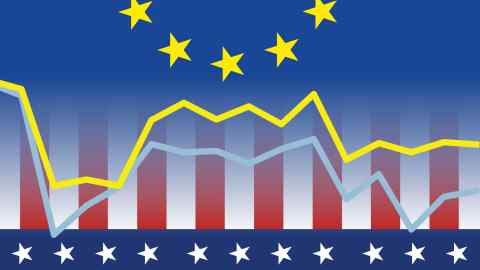 The global picture is not encouraging. Freedom House, an advocacy organisation, has been tracking the decline in the number of nations that it classes as democracies, reporting that 2019 was the “14th consecutive year of decline in global freedom”. The pandemic has also given would-be authoritarians greater licence for the tracking and surveillance of citizens, consolidating their hold on power.

Every four years, commentators seem to remark that this year’s US elections are the most consequential yet. This time, it may actually be true.