Facebook’s longtime chief technology officer, Mike Schroepfer, is stepping down in the latest high-profile departure from the social media company as it battles its biggest public relations crisis since the Cambridge Analytica scandal.

According to regulatory filings published on Wednesday, the Facebook veteran, a trusted lieutenant of chief executive Mark Zuckerberg, informed the company that he intended to resign on Monday.

Andrew Bosworth, another long-serving Facebook executive who is head of the company’s virtual and augmented reality arm, will replace Schroepfer.

The sudden shake-up comes during one of the most bruising spells in the company’s history, after The Wall Street Journal published a series of damning reports that have attracted scrutiny from politicians and policymakers.

Based on internal documents leaked by a whistleblower, the reports allege grave content moderation failures at the company and suggest it routinely buried internal research if the findings proved negative. Facebook has largely denied the claims, accusing the Journal of “mischaracterising” the company’s work.

Facebook shares fell 4 per cent on Wednesday to a two-month low.

In a post on his Facebook page, Schroepfer, who reported directly to Zuckerberg, said he would stay on at the company for the rest of the year before transitioning to a new part-time role as Facebook’s first senior fellow.

He cited the opportunity to “dedicate more time to family and personal philanthropic efforts”, adding that it was a “difficult decision because of how much I love Facebook”.

According to regulatory filings, Schroepfer will “work on initiatives such as recruiting and developing technical talent and fostering the company’s artificial intelligence investments” in his new fellow role. The precise date of the transition and compensation terms of the change have not yet been decided, the filings said.

The exit is the latest in a string of high-profile departures from Facebook. Both Carolyn Everson, the company’s well-regarded advertising chief, and Fidji Simo, head of the main Facebook app, left over the summer for Instacart. David Fischer, who had been chief revenue officer, also left this year.

FT MagazineTim Bradshaw
Is it still too soon for wearable cameras? 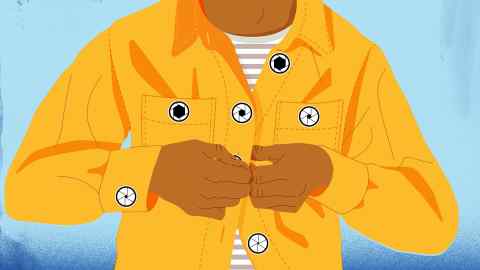 Schroepfer’s replacement, Bosworth, also known as “Boz”, recently oversaw the launch of Facebook’s first pair of smart glasses, plus a new virtual reality office app. Zuckerberg has signalled his intention to focus more investment and resources in AR and VR, including building the metaverse, an immersive virtual world inhabited by digital avatars.

In a statement on Wednesday, Zuckerberg described Schroepfer as a great leader “and also a great person and a close friend”.

He added: “Boz will continue leading Facebook Reality Labs and overseeing our work in augmented reality, virtual reality and more, and as part of this transition a few other groups will join Boz’s team as well. This is all foundational to our broader efforts helping to build the metaverse.”