Immigration to Britain from the EU rose to a historic high in the run-up to the referendum in June, official figures have shown.

While net migration maintained a near-record level of 335,000 in the year to June, the number of immigrants soared to 650,000, the highest figure ever calculated.

This was driven by the unprecedented arrival of 284,000 EU citizens. For the first time, Romania became the most common country of previous residence, making up one in 10 of all long-term migrants to the UK.

Prime minister Theresa May has promised to exercise better control of immigration since the June 23 referendum, but is still struggling in her aim of reducing annual net migration to the “tens of thousands”. Amber Rudd, who replaced Mrs May as home secretary this summer, has proposed further visa curbs on non-EU workers and students.

According to the ONS, the number of people coming to study in the UK had already fallen by 15 per cent to 163,000 in the year to June. This may reflect policies to rein in student visas brought in during Mrs May’s tenure at the Home Office.

Statisticians made clear on Thursday that the rise in EU arrivals was a significant factor in the ongoing high levels of net migration. “Immigration levels are now among the highest estimates recorded — the inflow of EU citizens is also at historically high levels and similar to the inflow of non-EU citizens,” said Nicola White, head of international migration statistics at the ONS. “There were also increases in the number of asylum seekers and refugees,” she said.

Ms White drew attention to the fact that work remains the most common reason for long-term immigration, and pointed out the striking increase in jobseekers coming from Europe.

In the year to June, a total of 189,000 EU citizens arrived in search of work, and of these, 57 per cent had a definite job offer. However, the number of EU jobseekers has risen by more than a third since the previous year to 82,000 — a record high and a “statistically significant” increase, according to the ONS.

It is not yet clear how Mrs May will manage immigration from within Europe after the UK leaves the EU. The growing number of EU jobseekers gives weight to one mooted proposal that entry would be granted only to people from mainland Europe in receipt of a firm offer of work.

Statisticians said the boom in immigrants seeking employment was partly due to a rise in numbers of people from the southern EU states including Spain and Italy, and suggested that this reflected “weaker labour market conditions” in some of those countries.

Just as the figures were published, the government was forced to defend reported comments from foreign secretary Boris Johnson to EU diplomats that he personally is in favour of the free movement of people from the bloc. But responding to the data, Robert Goodwill, immigration minister, said the British people had sent a “very clear message” that they wanted more control of immigration and that the government was “committed” to getting net migration down to the tens of thousands. 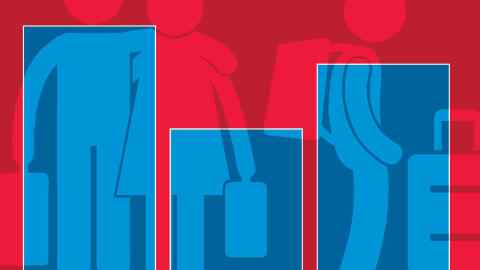 “There is no consent for uncontrolled immigration, which puts pressure on schools, hospitals and public services,” he said. “That is why reducing the number of migrants coming to the UK will be a key priority of our negotiations to leave the EU.”

Mr Goodwill added that ministers would “continue to reform” non-EU immigration routes. Immigration from outside Europe continues to account for a little more than half of total net migration, but the number is broadly stable.

Diane Abbott, Labour’s shadow home secretary, accused Mrs May of repeating “mistakes” she had made in the Home Office.

“We should welcome overseas students and the contribution they make to our universities and wider society, and yet the Tories seem determined to discourage them,” she said.