How do I beat imposter syndrome?

Your question for our expert — and readers’ advice
Jonathan Black 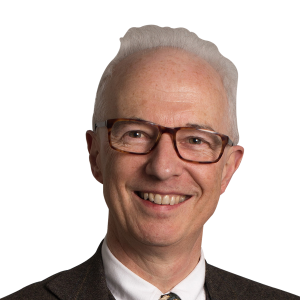 I have just graduated with a masters in finance, previously worked in banking and I am now off to a global consultancy. Despite these achievements I feel like a fraud. I question my abilities and pressure myself to work or study in an attempt to get “better”. I beat myself up that I can’t code or don’t speak five languages. Sometimes it is so overwhelming that I lose all motivation. How do I manage these feelings? Female, 20s

Most people have had sudden moments when they see themselves from the outside and are amazed with how they have come to be seen as a professor, chief executive, editor or minister.

With a mixture of humility and self-doubt, they may feel that they do not deserve their roles. Despite your evident achievements, which it is important to note are all third-party endorsements of your skills and experiences, you still do not quite believe you have earned them.

One specific third-party endorsement was appointing you to your latest job. It can be helpful to assess the boundary between you, as applicant, and them, as decision maker. Your role was to present yourself in the best possible light; their decision was whether to appoint you. Remember that others, whose extensive insight and opinion can be trusted, decided that you were appointable.

Clinical psychologists Pauline Rose Clance and Suzanne Ament Imes first introduced the term “imposter phenomenon” in 1978, having studied a sample of 150 high-achieving women. Later studies suggested the experience is equally felt by men. An underlying cause is a feeling of not living up to expectations, either people’s own targets, or in comparison with peers. You too are comparing yourself with others, rather than with what you actually need for the roles and life you want to lead.

None of us will ever individually have all the skills that all of us have collectively. It may help you to step back and decide which skills you want to acquire, for their own sake or for their utility in your career. Then strike the others off the list, for now. In your new role, you could consider joining a women’s network. Or you could informally mentor friends and colleagues who feel similarly, to calibrate your own feelings against others’.

Your striving to get “better” may be against a target not relative to your peers, but against an unattainable measure of perfection. Rather than focusing on achieving a perfect target, put your efforts into perfect striving towards the result. Recognise that it is all right not to be able to code or speak five languages; others value you for who you are today.

This is a very common trait in young women. It will drive you to achieve your best and never be complacent. At worst it can create too much anxiety, so if it reaches that stage you need to talk about it. As you get older and you achieve success over success (and sometimes failure!) this feeling will become more mute and manageable, or even non-existent. HC

Oddly I can code and I really do speak five languages. I have a masters and I do consulting as well. Guess what? I am just as insecure as you, if not more. It's the constant insecurity that drives me to improve myself. LondonerJ

Most incompetent people do not suffer from imposter syndrome. It is a social construct . . . At least you seem to have worked in the real world before moving to consultancy, which is something many of your colleagues cannot claim. If on top of that you can do beautiful Power Point you are the queen of the world. Call Me Ishmael

I am a doctor in Australia having moved from the UK a few years ago. The work conditions are better than in the UK, but the management is not. There have been several senior departures. A new director will join in a few months but the current director has stopped engaging with the team. The culture is poor and there is a lot of uncertainty. The easiest option is to leave but is there a way to navigate this ambiguous situation? Female, 50s

Jonathan Black is director of the Careers Service at the University of Oxford. Every fortnight he answers your questions on personal and career development and working life. Do you have a question for Jonathan? Email him at dear.jonathan@ft.com