A growing number of organisations have sprung to life over the past few years to shine a light on companies’ efforts to behave like good corporate citizens.

But while delivering more clarity on corporate behaviour, this competition has perversely led to a proliferation of sometimes conflicting frameworks, overwhelming some managers with sustainability reporting fatigue.

For their part, investors increasingly struggle with how best to interpret sometimes contradictory and highly variegated clumps of data. If the problem was once a lack of data, the challenge now is how best to validate and interpret the data being produced.

“From a societal point of view, it is almost an outrage that you have competition between framework providers on a public interest [issue like sustainability],” says Mervyn King, chairman emeritus of the Amsterdam-based Global Reporting Initiative (GRI). This organisation was formed in 1997 to develop sustainability reporting standards.

Prof King says companies must integrate environmental and social considerations into their decision-making so that they “create value” rather than destroy it.

While the GRI framework remains the most widely used tool, it is general in scope.

The more recently established Sustainability Accounting Standards Board (SASB), based in San Francisco, zooms in on the financial materiality of ESG factors and provides guidelines industry by industry. It provides 77 industry metrics that track the impact of environmental issues on company accounts.

Then there is the Task Force on Climate-related Financial Disclosures aimed at assessing a company’s exposure to climate change risk. The TCFD was set up in New York five years ago by the G20’s Financial Stability Board under its former chair, Mark Carney, then Bank of England governor. Its supporters range from oil groups such as Royal Dutch Shell and France’s Total, to financial companies including Morgan Stanley and the Industrial and Commercial Bank of China.

On top of this, private agencies such as MSCI, Standard & Poor’s and Refinitiv also offer benchmarking services and research into a broad range of companies’ behaviour on environmental, social and governance criteria.

In his annual letter to chief executives in January, BlackRock’s chief executive Larry Fink said he wanted companies in which the $7tn asset manager invests to report using both SASB and TCFD. He added he would take a harsh view of businesses which failed to comply. BlackRock has also committed itself to being judged by these measures: it has published its own “SASB-aligned” disclosure online and Mr Fink has promised to release a disclosure on performance against TCFD objectives by the end of 2020.

The dominant frameworks say they agree with the need for a unified approach. SASB’s chief executive Janine Guillot argues that an integrated global reporting standard for investors may come to life “within the next couple years”.

There is no real clarity, yet, as to what a mandatory disclosure looks like at a global level or even, quite frankly, at a country level

The question is whether market forces or regulators should drive this process. So far jurisdictions considering the legislative route, like the EU and China, demand disclosure of non-financial information, but do not prescribe a specific reporting standard. The EU, for example, wants companies to adopt established global frameworks such as GRI rather than coming up with its own system.

“There is no real clarity, yet, as to what a mandatory disclosure looks like at a global level or even, quite frankly, at a country level,” says Leon Saunders Calvert, head of sustainability finance at data provider Refinitiv.

Michael Wilkins, head of sustainable finance, corporate and infrastructure ratings at Standard and Poor’s, the rating agency, says lack of compulsion is a drag on progress. As a member and supporter of TCFD, he says the initiative has garnered “well over 1000 supporters at CEO-level”. Yet, despite this traction among many business leaders, he says: “The actual adoption of TCFD [disclosures] by companies is still somewhat slower than some people would like.” An important reason for this “is because they are voluntary and not mandatory”.

One radical suggestion is to insist that ESG factors are incorporated into accounting standards so that they are immediately reflected in financial results. So for example, sustainability considerations could affect the net present value of assets, thus having a positive or negative impact on balance sheets.

According to Mr Wilkins, this “hard coding” would create an “automatic level of compliance and consistency” and enable investors to seamlessly feed sustainability data into their own models to deliver meaningful measures on which to base decisions. This would also tackle the time lag between financial and less frequent sustainability disclosures. “It always feels as if [ESG data] is slightly out of date,” says Mr Saunders Calvert.

An accountant by training, SASB chief Ms Guillot recognises the theoretical benefits of this idea but sees practical challenges for an accountancy profession “built on 500 years of history, since the invention of double-entry book-keeping”.

Yet the apparently inexorable rise in concern about climate change and the longer-term economic damage wrought by coronavirus are likely to step up pressure for greater corporate disclosure of previously neglected risks.

Silvia Pavoni is economics editor at The Banker, an FT group publication 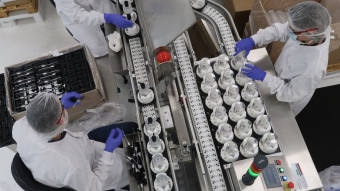