Prices rose 5.4% in December, ahead of economists’ expectations

UK inflation jumped to 5.4 per cent in December, its highest rate in 30 years, deepening a cost of living crisis that is squeezing household incomes and putting more pressure on the Bank of England to raise interest rates.

The large annual rise in the consumer price index reflected widespread increases in the cost of most goods and services, and again exceeded economists’ forecasts of a small rise in December to 5.2 per cent from 5.1 per cent in November.

The BoE faces a dilemma, having failed to anticipate the surge in inflation. It is under pressure to raise interest rates to cool spending and bring inflation down towards its 2 per cent target, but it does not want to squeeze household budgets too far and undermine the recovery.

Speaking on Wednesday afternoon to the House of Commons Treasury select committee, BoE governor Andrew Bailey highlighted the potential dangers of the current mix of high inflation and low unemployment. “It is a very tight labour market and that is a concern . . . and it’s got the potential to put a lot of pressure on earnings and on wage negotiations,” he said.

Noting that energy prices were now thought more likely to remain higher for longer, the governor said there was one mitigating factor for inflation, which was the pressure of cost of living increases on spending. He said this had the potential to drive up unemployment and “bring inflation back down again”.

The rate of inflation is expected to push even higher in the spring to levels in excess of 6 per cent, with gas and electricity prices due to jump in April to reflect much higher wholesale energy prices.

Prices in December were rising significantly faster than earnings, with the latest headline rise in wages at an annual rate of only 3.8 per cent in the three months to November.

Rishi Sunak, chancellor, said he understood the “pressures people are facing with the cost of living” and hinted he would take steps to ease the burden, saying “we will continue to listen to people’s concerns as we have done throughout the pandemic”.

The Office for National Statistics said the increase in December’s rate of inflation was broad based and pushed higher by rises in food prices, restaurant bills and the rising cost of hotels, furniture, household goods, clothing and footwear in the run-up to Christmas.

Grant Fitzner, ONS chief economist, said there was little evidence that the government’s Plan B coronavirus restrictions had pushed up prices. “The closures in the economy last year have impacted some items but, overall, this effect on the headline rate of inflation is negligible,” he said.

Inflation rates in the US and other European countries have also risen to multi-decade highs.

Economists said the rise would heap pressure on the BoE to act to show it could keep a lid on prices and prevent high inflation becoming something that companies and households considered normal.

The central bank raised rates in December from their historic low of 0.1 per cent to 0.25 per cent.

Investors ramped up their bets on BoE rate rises following the inflation figures. Markets are now pricing in four increases by November, with rates rising to 1.25 per cent.

Most economists expect the inflation rate to increase to at least 6.5 per cent if the government takes no action to stem energy price rises in April, but is likely to hit 6 per cent even if Sunak acts to limit the rise in bills.

Personal Finance
LinkedIn Live: How to get a pay rise in 2022 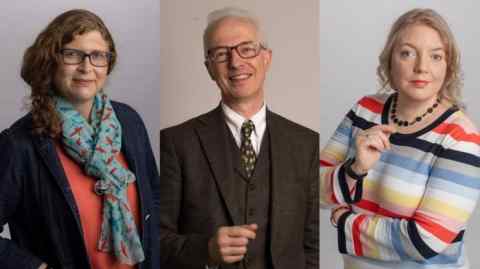 Kitty Ussher, chief economist at the Institute of Directors, said: “What is of particular concern is that the change [in inflation] from November has come mainly from an increase in the price of food. Not only does this provide additional evidence that inflation is becoming endemic rather than transitory, it also bodes ill for households facing multiple rises in the cost of living this spring.”

Food price inflation rose to a nine-year high of 4.5 per cent.

Paul Dales, chief UK economist at Capital Economics, said that if gas and electricity prices rose about 50 per cent in April — and the chancellor did nothing to tame them — the inflation rate was likely to hit 7 per cent.

The rate of inflation measured by the retail prices index, which underpins interest on index-linked government bonds and student loans, increased to 7.5 per cent in December, also a 30-year high on this measure.

Get alerts on UK inflation when a new story is published