Think you know what your house is worth? Think again 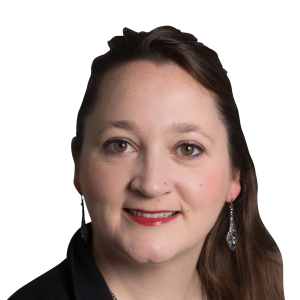 The UK housing market is one of the most keenly watched economic indicators: price movements fuel both economic sentiment and newspaper front pages.

Over the past couple of decades, the British public has grazed on a steady diet of house price stories — but such low-nutrition news is not good for your financial wellbeing. There are numerous reasons why your home’s value is not as easy to discern as you might think.

I used to be the FT’s property correspondent, and following a stint in Westminster, I now cover capital markets. If you asked me, what is a market, I’d say a place in which people buy and sell things. Yet in the main, that is precisely what British homeowners are not doing.

And although house price indices have recovered strongly in the decade since the financial crisis, transaction volumes have not. The number of homes bought and sold every year is still one quarter lower than the peak in 2007.

For example, trading volumes in European debt securities are over 200 per cent of their total outstanding value. Meanwhile, 50 per cent of London Stock Exchange-listed securities on the main market and Aim change hands each year, according to FT calculations.

Why do transaction volumes matter for price discovery?

First, not all properties are the same. One share in a company is the same as another — thus the price at which it sells has repercussions for the price of all the other outstanding shares of the same class. But when it comes to property, differences of size, age, maintenance, geography and local amenities all influence pricing.

Second, the price paid for some homes will be irrational.

More than a third of all UK homes are bought by cash buyers, according to Nationwide; they do not have to undertake a professional valuation for mortgage purposes and are generally less price-sensitive.

That suggests that fewer than 3 per cent of British homes last year may have undergone a professional valuation which resulted in a successful transaction.

It is a very thin data set on which to base such an influential economic indicator.

What about the 95 per cent of homes that did not transact? A number of factors suggest that house price indices may not be particularly helpful in estimating their value.

Sentiment plays an important role in property sales. People are reluctant to sell if it means accepting less than they believe their home is worth.

When a homeowner is not content with the price they are offered, their home does not sell — and therefore does not become one of the thousands of data points used to draw up house price indices.

Among these unsuccessful sellers are those whose home value has not just plateaued or failed to meet their expectations of price growth, but has actually fallen. These homeowners need prices to rise to the point at which they can recoup the capital they invested in the property and cash out without crystallising a loss.

These homes will only appear in transaction statistics when owners are forced to sell — usually because of what estate agents nickname “the three Ds”, death, divorce and debt.

One of the three Ds has less influence on Britain’s housing market now than it did in the past.

In the 1990s, house prices experienced a sharp drop as swaths of homeowners struggled to repay their mortgages, triggering widespread repossessions and fire sales by banks. These forced sales drove house price indices down, exacerbating the crisis and pushing hundreds of thousands of people into negative equity.

By contrast during and after the 2008 financial crisis Britain’s mortgage lenders took a more tolerant approach to non-payers through the use of forbearance — a broad term for various informal remedies such as switching to an interest-only mortgage, reducing monthly payments, taking a payment holiday or increasing the length of the mortgage term.

Loans under forbearance are not counted as part of the statistics on formal arrears rates, but at the height of the housing market troubles in 2011 Bank of England research suggested that as many as 12 per cent of all UK residential mortgages were in some form of forbearance.

This helped prevent the downturn from developing into a 1990s-style crash, the Bank suggested.

The widespread use of forbearance has resulted in a much more stable price trend and recovery. However it has also left a hidden legacy of “mortgage prisoners” — owners who can barely afford their home.

Unable to afford to move to find work elsewhere, these owners probably act as a local economic drag in some areas and contribute to the drop-off in transaction volumes which Britain has experienced over the past decade.

There is some evidence for this. According to Hometrack’s Richard Donnell, areas with the biggest increases in buy-to-let rental properties in recent years have also seen the biggest drop-off in transaction volumes.

Values failed to adjust downwards to their true level — what someone in the market would pay if that home had to be sold at that time — meaning the market started its next cycle at an artificially high level and rose further from there.

This is not merely a matter of academic concern. British banks are very exposed to the housing market and any attempt to adjust house prices downwards would have serious consequences for the banking sector.

As a result, whatever you might think your home is actually worth, the UK really can’t afford to pay it.

Kate Allen is the capital markets correspondent for the FT; kate.allen@ft.com; Twitter @_Kate_Allen