Citigroup has become the first US bank to receive a fund custody licence in China, allowing it to provide a core service to global asset managers as they rush to participate in the opening up of the country’s financial sector.

The New York-based bank said on Wednesday that the licence — which allows it act as a custodian bank and hold securities on behalf of mutual and private funds in China — had been approved by the China Securities Regulatory Commission.

Christine Lam, president and chief executive officer of Citi China, said the bank was “proud” to be granted the first custody licence in China among American rivals, adding there were “tremendous opportunities for global players to participate” in reforms.

Citi’s entry into the market comes despite rising tensions between Beijing and Washington, and follows a recent wave of US financial services companies seeking to expand into Chinese fund management after the government relaxed restrictions. Citi will be able to provide custodian services such as record-keeping, trade settlement and income processing.

Foreign financial services companies and their governments have for the past 20 years been lobbying Beijing for greater participation in its domestic market.

“Given the scale of market shifts in China, being on the right side of a maturing investor base could provide massive rewards to global firms,” Shanghai consultancy Z-Ben Advisors said in a note this week. 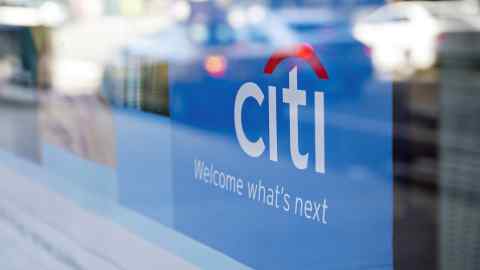 Reforms that came into force earlier this year allowed foreign companies to fully own their own mutual fund businesses in China for the first time, rather than entering into joint ventures with local partners. The move promises to unlock a vast and rapidly expanding retail investor market.

Last week it was confirmed that JPMorgan Asset Management, the funds arm of the biggest US banking group by assets, would need to pay $1bn to buy out the remaining 49 per cent of China International Fund Management, which it jointly owns with Shanghai International Trust, a subsidiary of a state-owned bank.

Vanguard, one of the world’s biggest investment managers, also said last week that it would transfer its regional headquarters from Hong Kong to Shanghai and relocate staff. It said in a statement that the company’s “future focus in Asia is on mainland China”.

Over the weekend, BlackRock, the world’s biggest asset manager, announced it had received approval to run its own mutual fund business in China. At the moment it is in partnership with Bank of China Investment Management.

Large global investors are drawn towards the scale of savings in China, the world’s most populous country, where the development of its financial services sector lags behind the US and western Europe.

Deloitte late last year estimated that retail financial wealth in China would surpass $30tn by 2023, with more than a tenth of that in Chinese publicly registered funds.

Citi’s custody business looks after $14.5tn of assets worldwide, according to its website.