Worried about money? You are not alone

Worried about money? You are not alone. The pandemic has strained the nation’s personal finances on a previously unimagined scale — and at ferocious speed.

For some, the effects have been immediate — a pay cut, sudden drop in income or freelance work disappearing overnight.

For others, lingering worries include the threat of redundancy, falling behind on payments or fearing their business will collapse.

At the start of the year, these money problems were the kind that happened to other people. Now, more than one-third of UK adults in full-time employment say they are worried about losing their jobs and similar numbers report feeling anxious about their finances, including bill payments and debts.

I know these fears are real, because I am feeling them myself. Maybe you are too? Perhaps you think I sound ridiculous for worrying about something that will (hopefully) never happen.

The sensible voice inside my head keeps reminding me we have enough in our emergency fund to pay the mortgage for two years. But the nagging voice questions whether that’s enough; if pension payments should be paused or investments sold until we have a clearer idea about where we are heading.

Clearly, my fears are trivial compared with what many others are currently going through. But that alone is not going to stop me, or millions of others, from worrying about financial security.

Tackling rising levels of financial anxiety is one of the key aims of Mental Health Awareness Week, which begins on Monday. The research I refer to above was carried out by the Mental Health Foundation charity, in partnership with four UK universities. The foundation’s project to track how the pandemic is affecting people’s mental health shows how crucial our sense of financial wellbeing is to our overall wellbeing.

Serious MoneyClaer Barrett
How is your financial wellbeing? 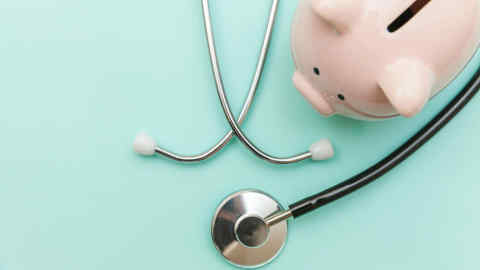 “Many people with no previous history of mental health problems are at high risk of developing them as a result of having to cope with bereavement, trauma and the sudden and ongoing financial, social and psychological effects of job insecurity and loss of employment,” the charity says.

Mental health and money problems are very “chicken and egg”. One can exacerbate the other.

This week, workplaces all over the UK (including the Financial Times) are putting on virtual events to raise awareness and flag sources of support. I am doing a financial “ask me anything” with colleagues.

The purpose is to reassure staff that they’re not alone — and the advantage of technology means people can submit questions anonymously, avoiding any stigma. They say a problem shared is a problem halved. Knowing that these feelings are commonly held — even if they are not often spoken of — can provide a degree of reassurance.

Plenty of people have been asking about payment holidays, which are being widely offered on mortgages, credit cards and car finance. Although deferring payments will result in higher interest charges, even those who can afford to pay wonder if they should ask for “time out” to build a bigger buffer against future shocks.

Our sensible voice says “No, this will cost you a lot of money in the long run!” But the nagging voice wonders if the same forbearance will be available in the future should the worst happen. This perfectly illustrates how easily our emotions can warp financial decision making.

Nevertheless, these sorts of questions are especially troubling for the 7.5m workers currently furloughed via the government’s job retention scheme. The worry is that this will turn out to be a “deferred unemployment scheme” and they will not have a job to go back to. 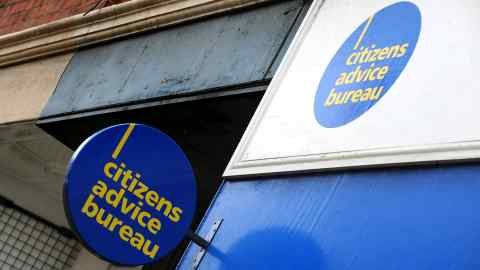 Worrying about losing your job is a much bigger concern than loss of income. Mental health experts talk about the loss of identity, both as a professional and perhaps as the family breadwinner.

Working out how your financial plans can be adjusted, for some with the help of an adviser, will help you see the bigger picture and work out a way through, even if that involves some difficult choices.

But talking about how you feel is also important (and for this, a different type of professional adviser may be more suitable).

If you feel you need support with either, the sooner you ask for help, the better.

Even before the pandemic, debt charities found callers to helplines had typically been struggling with money and associated mental health issues for a long time, thinking their problems were not great enough to justify asking for help — only for the issues to get worse.

For those suffering from an underlying level of anxiety about their finances, I asked Dr Antonis Kousoulis, director of the Mental Health Foundation, for his advice.

His first tip is to be in the present. Take it one day at a time, if possible.

Second, remember that plenty of other people are in a similar position. “Keep a circle of support — and it doesn’t specifically have to be mental health support,” he says.

This could be contacting friends and family (“don’t always leave it for others to organise”) or joining groups on social media. There are plenty for small-business owners, including the “Forgotten Ltd” campaign, where like-minded individuals pool their intellectual and spiritual resources as they fight to save their businesses.

Finally, don’t underestimate the importance of sleep and regular exercise.

“Look at habits you can control,” he says, as I admit that my sleepless nights are often preceded by reading the news online in bed. I have been trying different sleep apps instead — his favourite is Sleepio, but I am a fan of the “Midnight Launderette” soundscape on Headspace.

This year, the overarching theme of Mental Health Awareness week is kindness. From a financial point of view, you could say the best thing about kindness is that it costs nothing. Yet being on the giving or receiving end of a “kind act” boosts the wellbeing of both parties.

During lockdown, kindness has been in abundance. People are volunteering, neighbours are looking out for one another and we are all showing our appreciation for the NHS and key workers.

So if you’re someone who knows their way around the FT Money section, could your “kind act” be to offer support to friends or family members who have suffered a financial shock and are struggling to find a way forward, or want to talk through their options?

Talking about money is something the British struggle with at the best of times. If it takes a pandemic to break this taboo, then at least something positive will have come out of the crisis.