The meltdown at Neil Woodford’s flagship equity fund, which froze £3.7bn of investor money this month, was fuelled by “flawed” EU rules that may need to be jettisoned after Brexit, the head of the main UK financial regulator said on Tuesday.

Andrew Bailey, chief executive of the Financial Conduct Authority, denied the episode stemmed from supervisory failures and instead said Mr Woodford’s Equity Income Fund was using “to the full” an “excessively rules-based” EU regime that caps at 10 per cent the proportion of unlisted assets a fund can hold.

The one time star stockpicker’s fund listed on Guernsey’s stock exchange previously unlisted assets in an attempt to keep within the EU rules, known as UCITS.

Mr Bailey told the Commons Treasury select committee that this manoeuvre — which the FCA was not alerted to in advance — was “regulatory arbitrage” and “sailing close to the wind”.

Mr Bailey said Mr Woodford’s fund was just one of two in the UK that had breached the cap on unlisted assets in the past year, out of a cohort of 3,000. The second was a small fund. 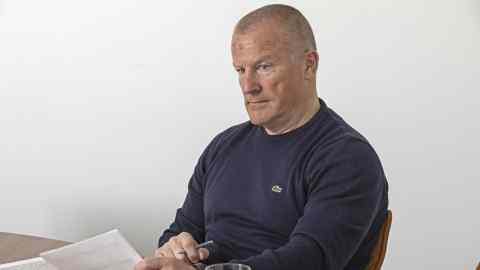 He also said the Woodford Equity Income Fund — which at its peak held £10bn worth of assets — had twice had “small” breaches of the cap in 2018 that it corrected within a month, which led to enhanced monitoring by the FCA.

The regulator has launched an investigation into the events that led this month to the gating of Mr Woodford’s fund to investor redemptions.

Mr Bailey and Charles Randell, FCA chair, both flagged the cap on unlisted assets and the bloc’s overly prescriptive rules as something that could be reviewed after Brexit.

The pair were giving evidence to MPs after bookmakers made Mr Bailey favourite to replace Mark Carney as the next Bank of England governor.

A recent string of scandals — where “investors have lost their money and their faith in the regulatory system”, as committee chair Nicky Morgan put it — could potentially derail Mr Bailey’s chances to succeed Mr Carney.

“I absolutely take responsibility,” Mr Bailey told the committee, referring to the scandals. “I didn’t become the chief executive of the FCA to be loved.”

However, Mr Bailey flagged as problematic rules in several of the scandals where his record has been questioned by the committee.

Beyond the Woodford scandal, this included the £236m collapse of savings company London Capital & Finance, which pushed unregulated mini bonds on retail investors.

The failure has prompted regulatory and criminal investigations and a wider inquiry into mini-bonds and whether the FCA was too slow to react to red flags.

Another shadow that has hung over the FCA since Mr Bailey took over as chief executive in 2016 is Royal Bank of Scotland’s restructuring unit, GRG.

LombardMatthew Vincent
If Bailey’s grilling on Woodford was a job interview, he aced it 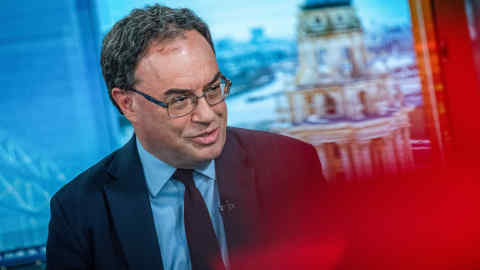 Despite an independent investigation showing widespread inappropriate treatment of small-business customers by GRG, the FCA declined to take any action against the bank, arguing that commercial lending is unregulated.

Mr Bailey said on Tuesday he had “given up” trying to persuade the government that it should introduce regulation of commercial lending, adding that small businesses remained vulnerable in the face of powerful banks.

He also said the rules around customer protection for investments were currently too complex and needed simplifying as it “attracts bad people who wish to exploit grey areas”.

Mr Randell said the FCA had suffered from resourcing issues following the various scandals at big banks after the financial crisis, amid an ever increasing remit for the regulator.

Mr Bailey and Mr Randell also questioned the responsibility of big technology companies such as Google and Facebook, on whose platforms people publish financial promotions that sometimes end up being fraudulent.

But the committee did not accept Mr Bailey’s general argument that rules needed to change in various areas, arguing instead that the FCA seemed slow to react.

“Does anyone in the FCA actually read the newspapers?” asked Mrs Morgan.

The one notable area where Mr Bailey did not face a question from the committee was the BoE governorship.

He has not confirmed whether he has applied to succeed Mr Carney, insisting he “will not give a running commentary”.