The UK’s opposition Labour party has increased pressure on the government to introduce a wealth tax as part of its post-coronavirus recovery plan.

Anneliese Dodds, the shadow chancellor, cautioned against increased taxes for those on a low or middle-income and suggested those with “the broader shoulders” should be asked to make more of a contribution.

Questioned on whether Labour supported the introduction of a new wealth tax, which could tax a small percentage of people’s net wealth either as an ongoing or one-off windfall measure, she said: “I think the government does need to look at this area, I don’t think we’re in a fair situation.

“Of course for the very, very best-off people quite a bit of their money coming in is derived from wealth. I think we do need to have that new settlement and actually much of the opinion data has indicated that has a lot of support among the UK population as well.”

A recent You Gov poll found 61 per cent of the British public supported a wealth tax on individuals with assets worth more than £750,000, excluding pensions and the value of their main home.

On Thursday, the former head of the UK’s civil service Gus O’Donnell suggested a wealth tax is more likely than ever because of the reordering of politics caused by the coronavirus pandemic.

Speaking on Thursday, Lord O’Donnell said Covid-19 had created “a clear burning platform” for tax reform. This was likely to include increased taxes, particularly on wealth, because the pandemic had exposed and sharpened inequality in the UK.

Calling for a “Back to Work Budget” focused on jobs, Ms Dodds said on Friday ministers should consider continuing the furlough scheme, whereby the state subsidises wages, beyond its current end date of October 31 for industries that will need greater assistance, such as hospitality and tourism. 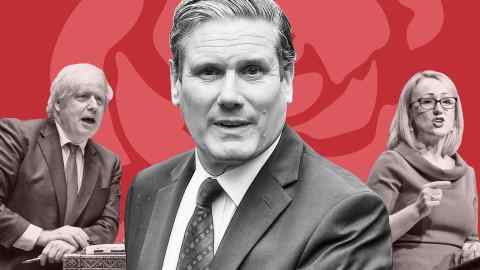 “These support schemes should serve as economic sandbags, ensuring localised second waves of Covid-19 don’t wash away businesses and jobs in their wake,” she said. “The reward for months of sacrifice cannot be a redundancy notice.”

Boris Johnson said on Friday that the public will hear more about support for those coming off the furlough scheme next week, when the chancellor Rishi Sunak makes his economic statement.

Tory MPs are also urging the government to consider extending the job retention scheme in sectors such as the arts that are still unable to open, or in places hit by local lockdowns in coming months.